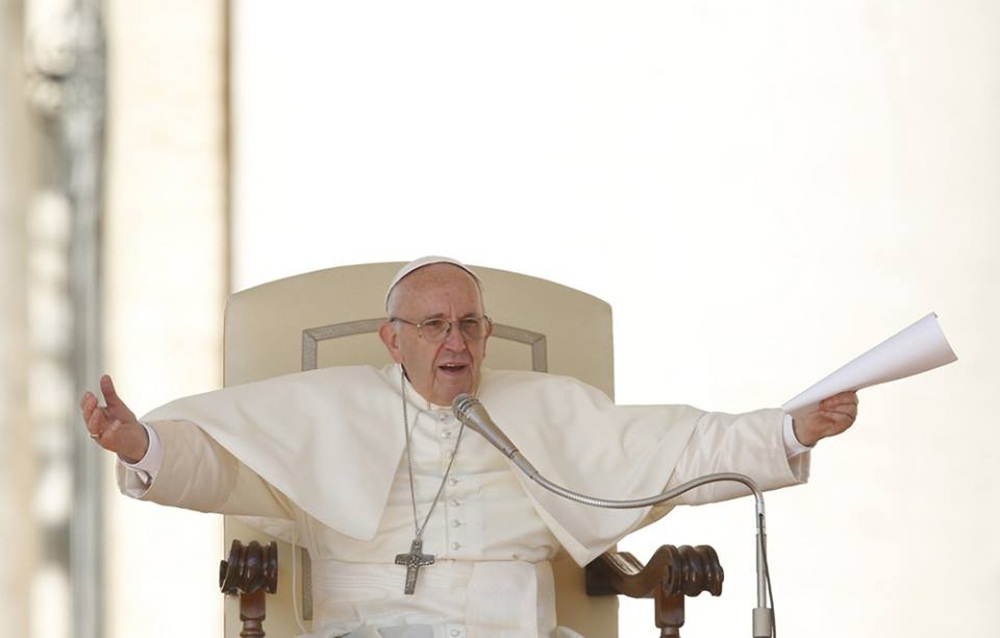 Pope Francis makes a gesture of an embrace in support of immigrants during his general audience in St. Peter’s Square at the Vatican Sept. 27. PAUL HARING/CNS

VATICAN— The Vatican is not to “impose” a specific liturgical translation on bishops’ conferences, but rather is called to recognize the bishops’ authority and expertise in determining the best way to faithfully translate Latin texts into their local languages, Pope Francis said in a letter to Cardinal Robert Sarah.

In the letter, released by the Vatican Oct. 22, Pope Francis said he wanted to correct several points made in a “commentary,” which Cardinal Sarah sent him and which was published on several websites in a variety of languages.

Cardinal Sarah is prefect of the Congregation for Divine Worship and the Sacraments. The pope’s letter noted that most of the websites “erroneously” cited Cardinal Sarah as the author of the commentary.

The commentary looked at changes Pope Francis made to the Code of Canon Law in the process for approving liturgical translations. The changes were ordered in the pope’s document, “Magnum Principium” (“The Great Principle”), which was published Sept. 9 and went into effect Oct. 1.

Pope Francis, saying he wanted to “avoid any misunderstanding,” insisted the commentary could give an erroneous impression that the level of involvement of the congregation remained unchanged.

However, while in the past “the judgment regarding the fidelity to the Latin and the eventual corrections necessary was the task of the congregation,” the pope said, “now the norm concedes to episcopal conferences the faculty of judging the worth and coherence of one or another term in translations from the original, even if in dialogue with the Holy See.”

The commentary attributed to Cardinal Sarah insisted on the ongoing validity of the norms for translation contained in “Liturgiam Authenticam,” the congregation’s 2001 instruction on translations.

But Pope Francis, in his letter, said the changes to canon law take precedence, and “one can no longer hold that translations must conform in every point to the norms of ‘Liturgiam Authenticam’ as was done in the past.”

The texts for Mass and other liturgies must receive a confirmation from the Congregation for Divine Worship and the Sacraments, the pope said, but this “no longer supposes a detailed, word by word examination, except in obviously cases that can be presented to the bishops for further reflection.”

Pope Francis also wrote to the cardinal that the “fidelity” called for in translations has three layers: “first, to the original text; to the particular language into which it is being translated; and, finally, to the intelligibility of the text” by the people.

The new process, the pope said, should not lead “to a spirit of ‘imposition’ on the episcopal conferences of a translation done by the congregation,” but should promote cooperation and dialogue. 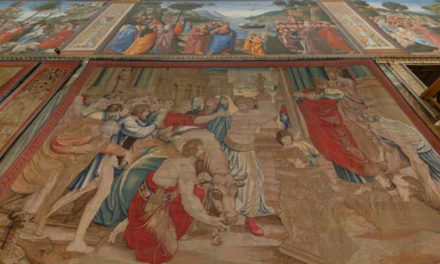 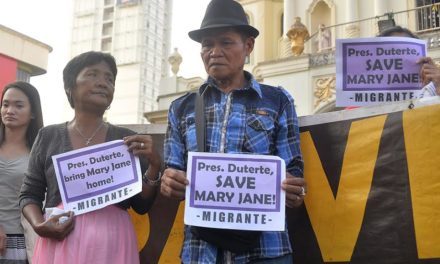 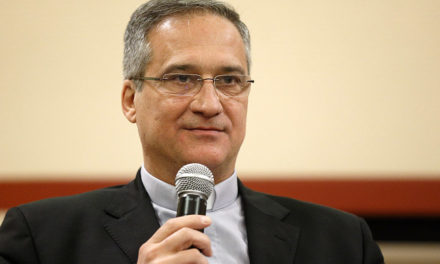 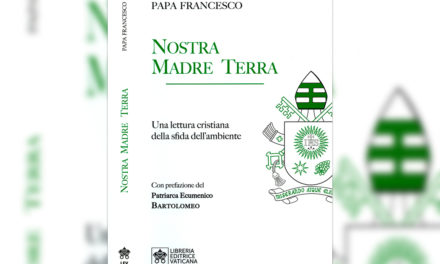