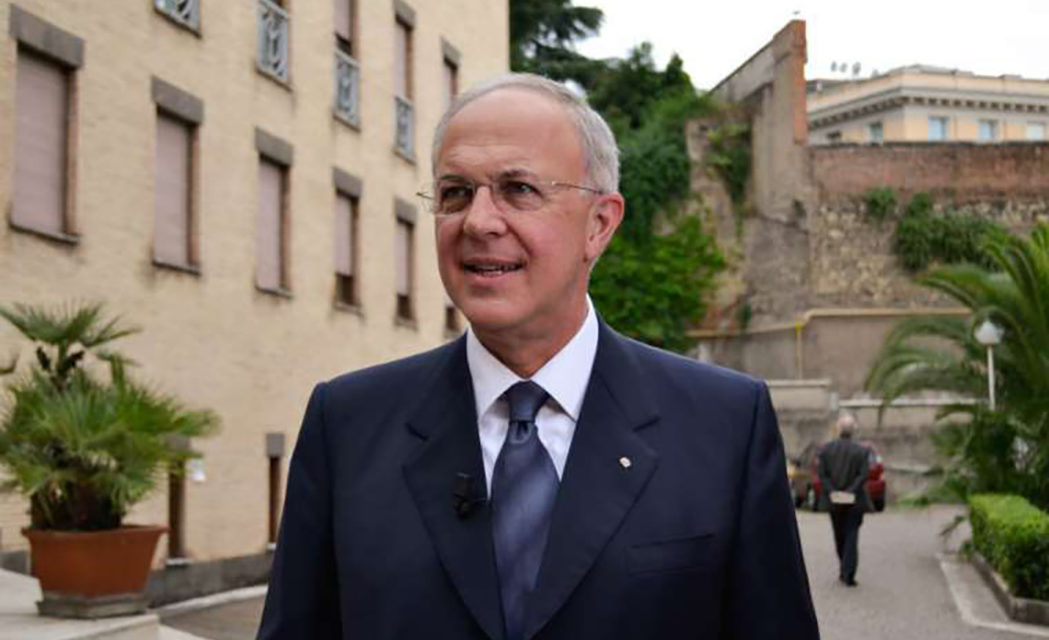 NEW HAVEN, Conn.— The Knights of Columbus has announced a major revision to its longtime initiation ceremonies and for the first time will open them to the public, saying the changes are needed to become more appealing to prospective members and to respond to a “crisis” in church membership.

“Today, we need an exemplification of our principles that presents, in a clear and convincing way, how charity, unity and fraternity can come together to form a Catholic way of life for today’s man and his family,” Supreme Knight Carl A. Anderson said in the January 2020 issue of Columbia magazine.

The rituals of the Knights, sometimes called ceremonies or exemplifications, have for decades been separated into first, second and third degrees focused respectively on the principles of Charity, Unity and Fraternity, the first three principles of the Catholic men’s fraternity founded in Connecticut in 1882 by Father Michael J. McGivney.

The Knights of Columbus now claim about 1.9 million members in 15,900 local councils in the U.S., Canada, Mexico, Poland, Ukraine, South Korea and several other countries.

Usually when new members joined the knights, councils would run a first degree initiation ceremony for them or take them to a nearby council with a trained degree team. New members would be encouraged to go through their second and third degree ceremonies at a later date.

These ceremonials of the order were kept under a pledge of secrecy limited to the membership.

The new ceremony will now combine all three degrees and, in another major change, will be opened to the public. Anderson said the exemplification may be conducted in a council’s meeting chamber or in a church, “with families and friends seated in the pews.”

“They will see firsthand the organization that their husbands, fathers, brothers, sons and friends are joining — the principles and values they are committing to and why it matters,” Anderson said in remarks he originally delivered Nov. 23 to the Knights of Columbus midyear organizational meeting of state deputies in Orlando, Florida.

“This historic new ceremonial is rooted in our past and tailored to our present. It will inspire more men to join us,” Anderson said. “Most of all, it is essential to the sustainability of the Knights of Columbus, as it will empower us to advance our mission and grow in the years ahead. It is essential to our ability to meet the crisis we now face.”

Anderson’s remarks acknowledged that more than 26 million Catholics have left the faith in the United States and millions more in Canada. Baptisms have fallen by 40%, sacramental marriages have fallen by more than 66% and only just over 20% of Catholics attend Mass regularly. Four in ten baptized Catholics no longer identify as Catholic, and for the first time self-identified Catholics no longer make up a majority of Hispanics, according to a 2019 survey.

“You know as well as I do that we are finding it harder to recruit men — especially younger men,” he told the Knights’ state deputies. “And while many jurisdictions are still adding members and inspiring more good works, in other jurisdictions this is no longer the case.”

Anderson cited the difficulties of bringing young men, especially young fathers, into the order. Many said they found it difficult to attend multiple ceremonies.

“They also tell us that secrecy is unnecessary, and sometimes, it is even an impediment to joining,” Anderson added. He cited a lack of manpower in local councils to perform degree ceremonies. Some candidates give up, and some never seek second and third degrees.

“Last year, little more than half of the men who took their First Degree also took their Third Degree,” he said, adding that the number of third degree teams is expected to decline.

He said the current system is “too often a stumbling block, not a gateway to membership” that often fails to promote “a truly Catholic fraternal membership according to the vision of Father McGivney.”

“Our ceremonials have always been an essential way we teach the principles of charity, unity and fraternity. But today, too many men never hear the lessons of unity and fraternity,” he said, adding that the failure to reach members “threatens the future of our order.”

Anderson said the crisis facing the Church is fundamentally “a failure to evangelize.”

“Such a crisis cannot be adequately responded to without the action of Catholic husbands and fathers,” he said.

The Knights’ membership process already changed in recent years when the order began to allow online membership. Online members had the right to attend any council business meeting and could purchase Knights of Columbus insurance, but they lacked the ordinary rights of council members until they officially enrolled in a council and underwent a first degree ceremony.

The 2019 Supreme Convention of the Knights of Columbus adopted a resolution to consider combining the first three degrees and removing the condition of secrecy.

Anderson said he directed a review of the ceremonials “with an eye toward staying true to our roots while at the same time presenting our principles of charity, unity and fraternity in a more clear and convincing way.” The process involved consultation with supreme directors, state officers, and longtime members experienced in ceremonials.

“The result is a new ceremony that stays true to our traditions while addressing the needs of our times,” he said.

Anderson placed the order’s longtime rituals in the context of the 19th century, when the Knights of Columbus competed with many other fraternal societies. Men of the time “wanted secrecy and the sense of progression that came with multiple degrees,” he said.

These fraternal ceremonies presented a “journey through knighthood” to encourage greater participation in the order and to inspire men to seek leadership roles in local councils. Anderson said these ceremonies worked well for such purposes in the past, but do not work today. He professed a “special fondness” for the old ceremonies, but he noted that Fr. McGivney himself needed to make changes in the 1880s to help the order grow.

Citing Pope Benedict XVI’s description of McGivney as representing “the secret of the impressive growth” of the Catholic Church in America, Anderson said McGivney is still an inspiring example for millions and the Knights of Columbus continue to pray for his canonization.

“For Father McGivney, the path of charity, unity and fraternity was to be an enduring path of Christian discipleship,” said Anderson, who said this was entrusted to laymen under the guidance of clergy “to direct and carry out their own part in the mission of the Church.”

Anderson prayed that McGivney’s intercession “guide, sustain and enable us to fulfill our vocation as leaders of this great Order for the welfare of our brother Knights and the renewal of our Church.”

The work of the Knights of Columbus combines community service, social activities, charitable fundraising, and support for the Catholic Church. In 2018 it reported giving over $185 million in donations and working 76.7 million volunteer hours. Its major projects now include support for vocations to the priesthood, support for the Special Olympics, support for persecuted Christians in the Middle East, and disaster relief.

The Knights of Columbus Fourth Degree, dedicated to the virtue of patriotism, enrolls a knight in a separate sub-unit known as an assembly and grants him the right to wear the uniform of a blue blazer and military-style beret of the order. In 2019 the uniform was officially changed from the previous regalia of a plumed hat, cape, tuxedo and sword. 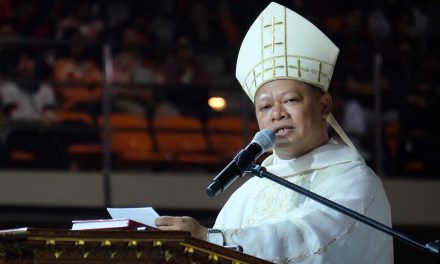 Dinner and a warm place to sleep: How Rome is reaching out to the homeless