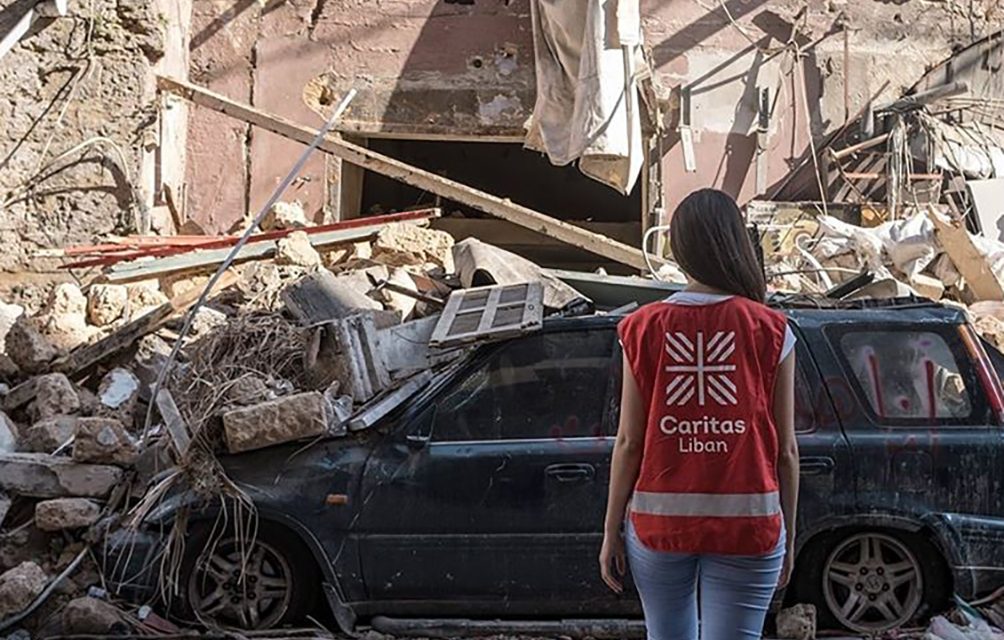 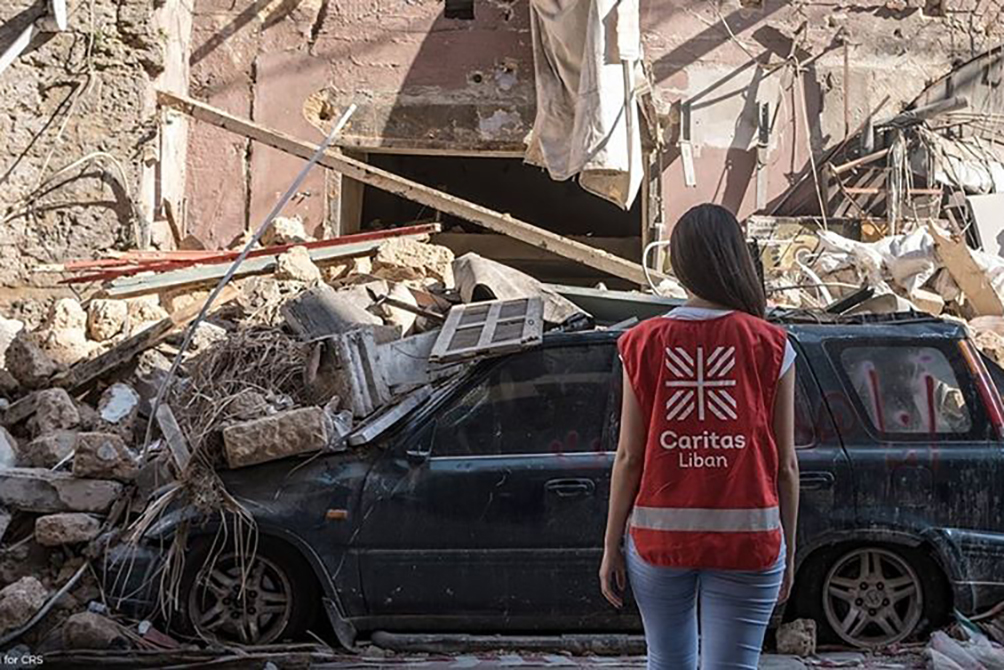 A Caritas worker at the explosion site in Beirut, Lebanon. COURTESY OF CARITAS LEBANON

The Knights of Columbus is donating $250,000 to aid relief efforts following a massive explosion in Beirut earlier this month.

The donation includes funds for Caritas Lebanon, the St. Vincent de Paul Society, Telelumiere/Noursat Christian Television in the Middle East, and Sesobel, a group that support children with special needs.

“The calamity in Lebanon is a threat to the vital Christian community there and threatens the existence of Christianity throughout the Middle East,” said Supreme Knight Carl Anderson in a statement. “This desperate situation must be addressed.”

He called the explosion “a great tragedy that merits the prayers and full attention of the world.”

A massive explosion in the port area of Lebanon’s capital on Aug. 4 overturned cars, shattered windows, set fires, and damaged buildings across Beirut, a city of more than 350,000, with a metro area of more than 2 million people.

The explosion killed at least 181 people, injured more than 6,000 and left some 300,000 homeless. Beirut Governor Marwan Abboud has estimated that it has caused as much as $10-15 billion in damages. The blast caused damage within a six-mile radius.

The UN Refugee Agency has also reported that at least 34 refugees were among those killed in the blast.

Officials have not yet determined the cause of the explosions, but investigators believe they may have started with a fire in a warehouse that stored 2,750 tons of ammonium nitrate, a fertilizer that can be made into an explosive. Many people in the city believe that Hezbollah, a hardline Islamic party in Lebanon.

Other Catholic groups, such as Catholic Relief Services, have also been aiding those affected by the blast, offering food, water, and medical care to victims. Pope Francis also donated 250,000 to relief efforts.

The Knights of Columbus, a fraternal service organization with some 2 million members worldwide, have made persecuted Christians one of their major focuses in recent years, donating more than $25 million to causes supporting Christians and other oppressed minorities in the Middle East. Among the projects funded are housing, education, medical care, and rebuilding efforts after ISIS’ occupation in the region.