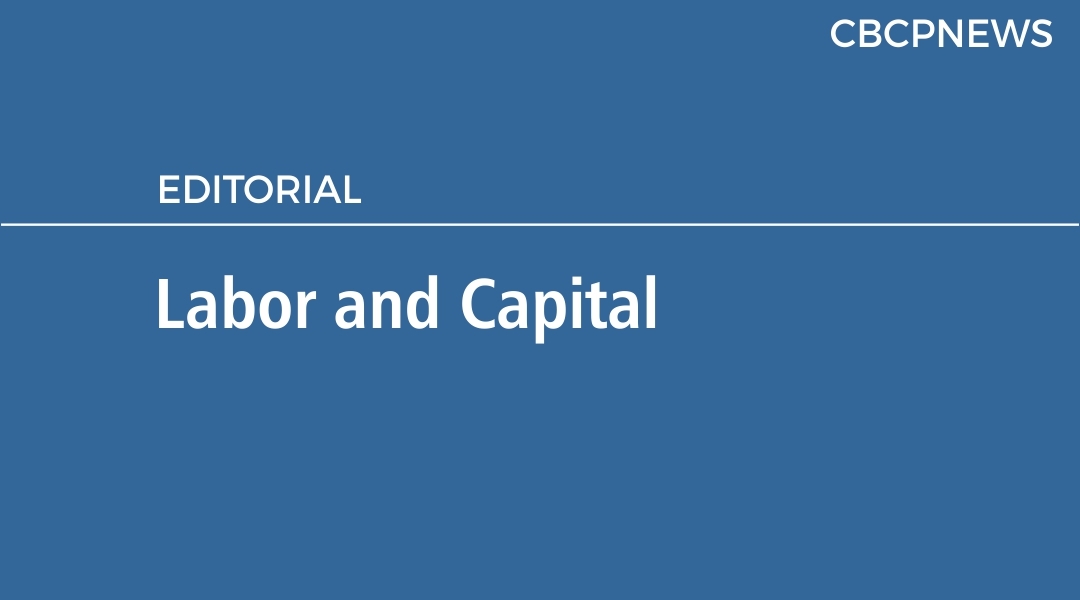 IN any business there are two components that are needed: labor and capital. No business venture can take off the ground if there is no capital. There should be raw materials, land, machinery, technology and money to start a business. At the same time labor is needed to process the materials, to run the machines, to apply the technology. This labor is in turn paid by capital. There are some currents of thought, like communism, that view these two components as adversarial. They take advantage of one another so they necessarily clash against each other. But this need not be so because they need one another. No matter how much money one has, no business venture can get off the ground without laborers. No matter how many and skilled the laborers are, they will not be able to work without someone who can put up the capital to run the business and to pay them. The two components are needed and are important.

But which of the two is more important? From the humane point of view, labor has priority over capital. Why? Because labor is people while capital is money and things. People are more important than money. Because in any business venture the laborers are more than those who provide the capital, so the needs and the welfare of the many should get more consideration than those of the few. Because usually the laborers are poorer than those who provide the capital. Therefore, more consideration and protection are to be given to labor.

Is this happening now in the present dominant economic system in the country and in much of the world? No! The government gives more concessions to draw in capital, especially foreign capital (the so-called Foreign Direct Investment), to set up businesses in the country, and many times at the expense of the local laborers. Thus, to entice capitalists, the wages are kept low, the rights of workers to self-organize are curtailed, humane conditions of work are weakly enforced, and the security of tenure of workers are denied them. The reason why millions of workers are not regularized in their work is that the capitalists do not want to give the benefits due to regular workers such as sick leave, vacation leave, eventual retirement pension and the like. But more especially, they do not like the workers to organize themselves into labor unions for mutual protection and to demand what is due to them. This present system of favoring the rich over the poor, the few over the many, and often, the foreigners over the local people, is unjust and not humane. It will not bring about peace and well-being in the country.

In a way, however, there is reason why the capitalists distrust labor unions. There are also abuses on the part of labor union leaders who are led by the ideology of class struggle. They believe that laborers necessarily should struggle against the capitalists and eventually supplant them. With this ideology, the laborers are incited to go against the capitalists and at times unreasonable demands to the current state of the business venture are being asked for. Eventually the business closes down and the workers are out of work. Poor workers! They are not only being used by the capitalists but also by their labor leaders.

There should be another option of doing business. This is the worker cooperative. The workers themselves put up the capital and run the business. They themselves provide the labor in the same business that they own. They do not need unions because they are already self-organized and the business is theirs. They cannot struggle against themselves. Because they own the business, they do their work well; any profit from the business comes back to them. They make themselves grow with the growth of their business.

This way of doing business—the worker cooperative way—is yet in its fledging and struggling stage in the Philippines. The government does not understand it and has weak laws to support and encourage it. Many workers are not able to grasp the idea that they can also be owner workers. Their frame of mind is that they are just plain workers. The labor union leaders do not like this because many of them are programed by the ideology of class struggle and they cannot apply class struggle in worker cooperatives since the idea of one class against another disappears; the worker class is at the same time the capitalist class. The capitalists do not like worker cooperatives. They see them as rivals to their businesses and to their need of workers. The worker cooperatives have yet a long way to go but it is a viable way to reconcile labor and capital. 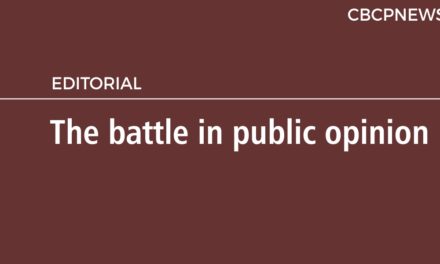 The battle in public opinion 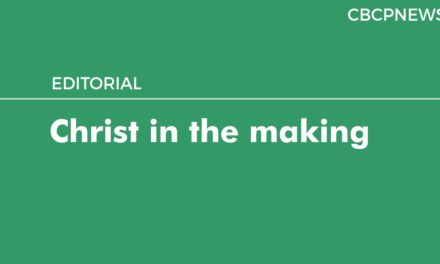 Christ in the making 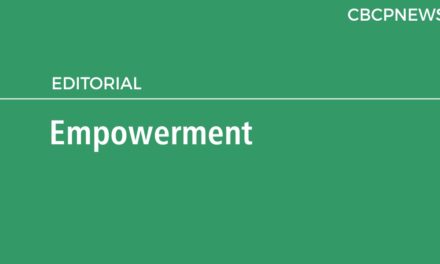