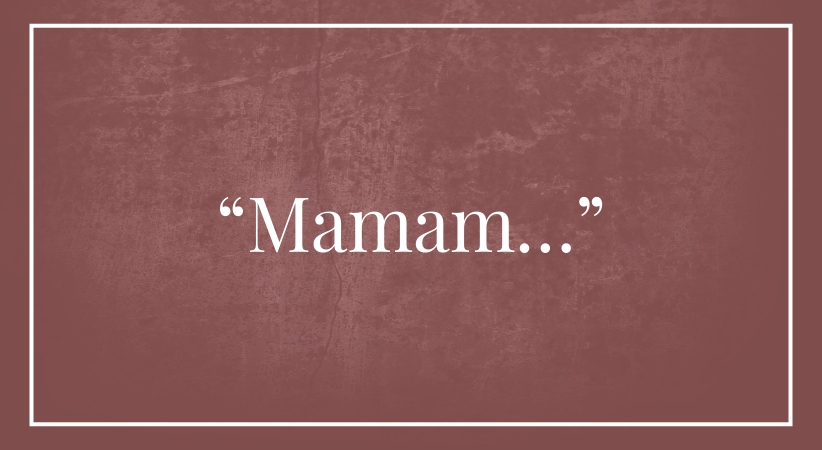 ALLOW me to share a reflection this time. Lent usually puts me in a more reflective mode and now I’m sort of shutting off, weary from exposure to news about bickering and presumptuous politicians in our country, and about war, violence, greed, and other evils abroad. For now I just want to rest maybe, and focus on Jesus asking the woman at the well, “Give me a drink”.
This episode fascinates me, not only because it demonstrates the Lord’s “genius” in worming His way into a person’s heart, but also because it seems to offer me endless insights—a new one each time I read it. Pondering it one Lent, my memory burgeoned, like the Atacama desert suddenly blooming from rain after decades of aridity. I recalled that when I was about nine years old, I was recruited as a “sagala” in the town’s Santacruzan.

You know how it is with these traditions. The Santacruzan is a procession highlighting the discovery of the true cross of Christ, thus the stars are Reyna Elena and Prinsipe Constantino. But before them would be a long string of characters, some biblical, others legendary—there would be Reyna Banderada (dressed in the Philippine flag), Santa Rosa Mistica (wearing a crown of roses and a bouquet of roses), Toreng Garing (the Blessed Mother as “Tower of Ivory”), Marta (holding a walis tingting), Veronica (holding a piece of katsa bearing three images of Christ’s face), Magdalena (richly dressed and holding a bottle of perfume), etc. etc. Somewhere in that long queue would be yours truly, assigned as “Babaeng Samaritana.”

Funny thing is, I didn’t even know the significance of those characters—all I knew was it was a much awaited affair, organized yearly with the blessing of the parish priest by two gay but (supposedly) chaste Marian devotees. Of the Babaeng Samaritana, what did I care? I simply accompanied my mother to Quiapoas she frantically searched for a “banga” for me because the earthen jug we had at home—a “tapayan” for storing drinking water—was too gigantic for my nine-year-old shoulders. Finding nothing suitable, she settled for a white ceramic flower vase with two ears, decorated with three pink roses, spotted at a curio shop along Villalobos Street. Made in China, of course. It wasn’t even a reasonable facsimile of what the biblical Samaritana would have used to fetch water, but it served as an adequate symbol.

My childhood Catholicism over, and after years of searching but not finding, and more years of longing for the God who made His presence felt nonetheless in my agnosticism, this little lamb was found before it got totally lost. Back in His Church’s embrace, I would hear of this woman-at-the-well story at least once a year, and would sometimes imagine what I would have done if I myself was there, being asked by this Jewish stranger “Give me a drink”.

“Drink” is such a rich word, but its richness can only be measured by those ready to benefit from it. We start understanding “drink” as something that quenches the thirst and nourishes: water, fruit or vegetable juices—a necessity. Then we are introduced to other drinks that may not be necessary to survival but for which we are willing to pay more because they give us refreshment, pleasure, and possibly a higher social standing: soft drinks, so called energy drinks, and alcoholic drinks like beer, wine, whiskey, vodka, brandy, champagne, etc. In fact, some of the hard liquors are such precious status symbols that they are very much appreciated as gifts. Think about that, giving drinks as a gift—whether to celebrate Christmas with to bribe a local official, or to butter up to the bishop.

For the Samaritan woman, “drink” is simply—water. But when Jesus came into her life, her eyes were opened to the thirst she never knew she had before—a thirst that only the Lord could quench, not by the water at Jacob’s well, nor by the five “husbands” she has had. In her amazement and gratitude, she announced to everyone that the Messiah was already in their midst. When we discover the “living water” and choose to quench our thirst with it, we are given the grace to extend the blessing to others, just like the Samaritan woman. But even when we are offered the “living water” our will remains free—should we drink it or turn away? We may choose to live on in the comfort of our disbelief, or leap into the dark with neither parachute nor safety net—but believing.

This time of the year we come to hear again of Jesus’ words from the cross: “I thirst”. I first related “I thirst” to “Give me a drink” when I saw it in a poster right beside the Crucifix, in the altar of the Missionaries of Charity’s Home for the Dying Destitute in Tayuman, Tondo. I was to learn later that “I thirst” is found in every altar of a house established by St. Teresa of Calcutta—it is the Sisters’ reminder that the work they do for the abandoned is sweet despite all odds because it is their offering of love for the Crucified One. In that sometimes crazy but always mysterious way the Holy Spirit leads us to truth, I put two and two together, came up with five, but was able to grasp it only after a decade.

One Sunday, after Mass, I was introducing my year old grandson to the Crucified Christ in a Carmelite chapel, when he said “Mamam.” That’s baby talk for “drink”. So I took him to the sacristy and offered him a half-filled glass of water. Barely able to talk, he refused to drink and instead motioned to the door leading to the sanctuary. He pointed to the Crucified Christ; I took it to mean he wanted to go back. So I proceeded, doing a monologue: “Oh, you want us to talk some more to Jesus? Okay…” and for the benefit of his infant ears I went on to pray for him, facing the Crucifix. It must have bored him because he simply pointed at the Crucifix and once again said “Mamam…” and so, still holding him in my arms I marched back to the sacristy and offered him the glass again. He pushed it away and rubbed his eyes. I asked, rather impatiently, “What do you want? Milk? Orange juice? Are you sleepy?” He babbled something I couldn’t understand so I concluded he must be sleepy; we left the chapel and I turned him over to his mother. So much for introducing the Savior to an infant.

Years later, one day I wasn’t even thinking of it—I was busy washing dishes then—it dawned on me that in that little “mamam” incident, the Lord was trying to tell me “I thirst”.

Mamam… the incident replayed itself vividly in the screen of my memory until it hit me: Yes, it was the Man on the Cross who was thirsty, not the baby in my arms!The truth sometimes strikes like lightning and deafens like thunder, and it could be scary because one’s reaction is not within one’s control: tears.

From the lips of a babe, the Crucified Christ tried to tell me He thirsted for my attention and my time—and I was too numb to feel. I was made to realize I was then getting too busy for even a few moments of stillness before the Crucified One. I was occupied all the time in the Lord’s vineyard—collecting rain water, watering the grapevines, bringing horses to water, drawing water from the well and leaving it at my doorstep for thirsty travelers—but neglected to save some water for the Lord Himself. I am so sorry, Lord…

“Give me a drink,” our Lord said to the woman at the well. The nine-year-old Babaeng Samaritana of the Santacruzan replied, “This is all I have, Lord; would You drink my tears from a flower vase made in China? I’m sorry I don’t have the genuine thing…”

In His thirst for our love, the Lord would accept anything we offer Him: quiet time grudgingly given, a wandering mind while celebrating the Eucharist, unexamined obsession with service, our complacency and unwitting hypocrisy—such are the vinegar and hyssop of our age. I plead guilty. I used to kneel before Him with my hands full—brimming over with gratitude yet enthused by my plans, projects, and petitions—until I realized that He wanted nothing from me—the nothingness of a broken earthen jar.

All I am is a broken earthen jar. Lord, I thirst. Give me a drink. 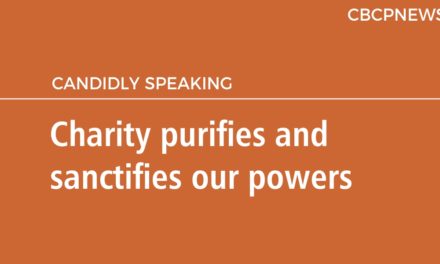 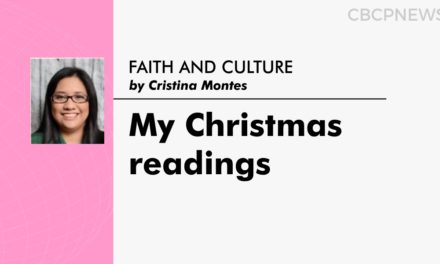