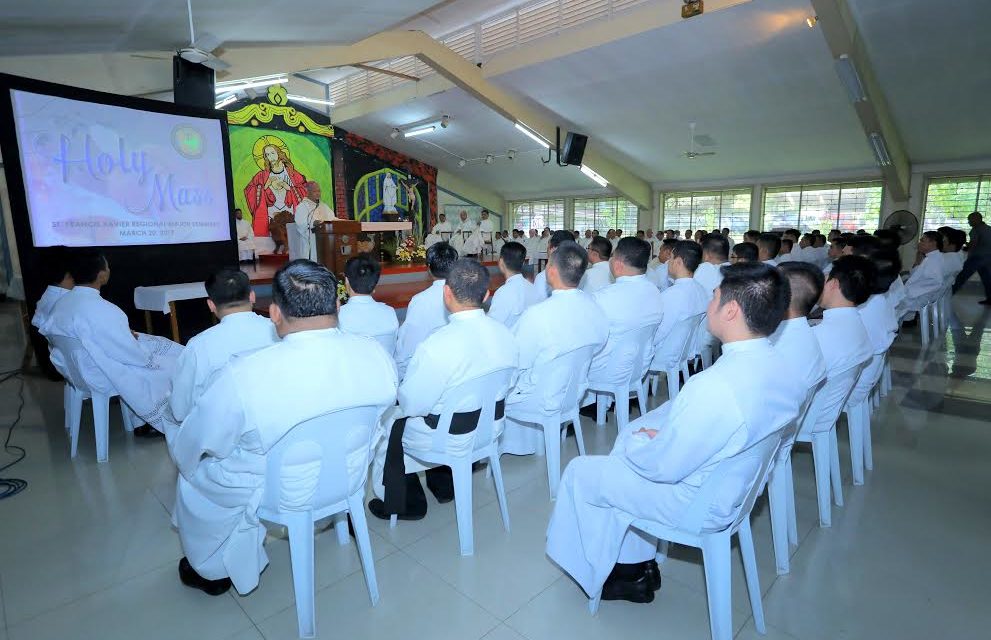 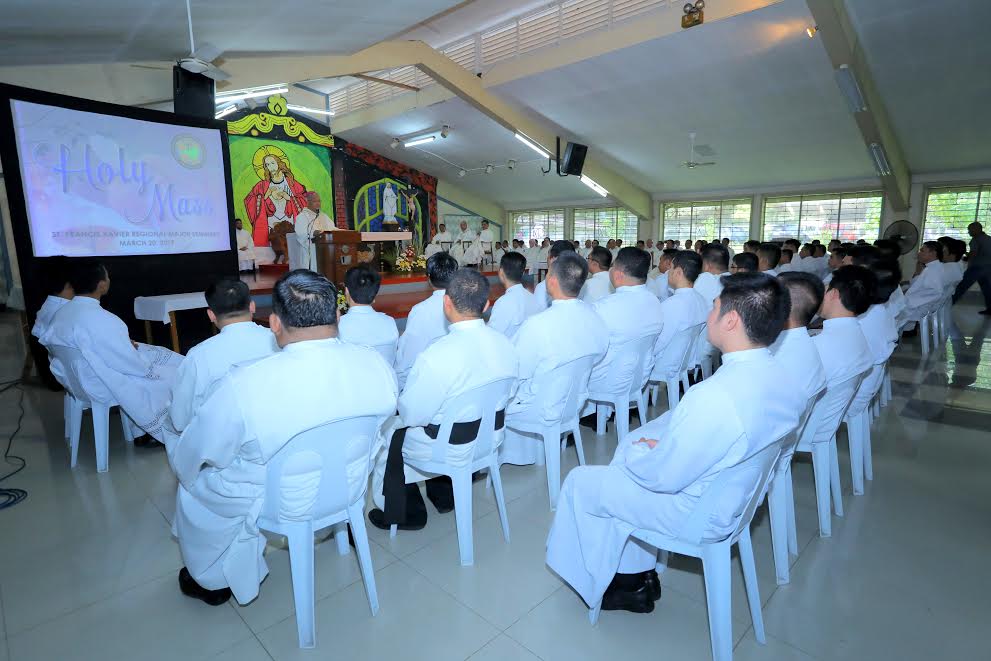 The St. Francis Xavier Regional Major Seminary of Mindanao (REMASE) welcomes to its roster of alumni a new batch of seminarians who have finished their theological formation in preparation for priesthood. They will be serving in their respective dioceses in Mindanao and in their own religious congregations, March 20, 2017. BRENDA P. MILAN

DAVAO CITY—The St. Francis Xavier Regional Major Seminary of Mindanao has produced a fresh batch of graduates of Theology who will soon become priests of Mindanao.

In a graduation ceremony, headed by the chairman of the bishops’ commission and Archbishop of Davao, Archbishop Romulo G. Valles, on March 20 at the REMASE Gym, 21 seminarians from different dioceses in Mindanao and religious congregations have officially completed their theological formation.

In his homily during the baccalaureate Mass, Digos Bishop Guillermo V. Afable said the seminarians’ formation does not end within the four walls of the seminary, but it will continue even after they have become ordained priests.

Meanwhile former seminary professor Fr. Edilberto Mahinay from the Diocese of Mati, who served as the guest speaker during the graduation rites, reminded the seminarians of the importance of prayer.

“Do not forget to spend time with the Lord in the Blessed Sacrament,” he said, adding that they have to be “always in love with the Lord.”

Mahinay, who is now a parish priest of a distant parish, in Tarragona, Davao Oriental, also said the graduates should live a simple lifestyle and avoid extravagant living.

“Plant this in your heart: the parishioners you will be serving are simple people. They are not complicated. They love their priests simply,” he said. “This is what people want to see in their priests.”

10 years in the making

Seminarian Efren Gubac, Jr., from the Archdiocese of Davao said it took him 10 years to finish his seminary formation—from pre-college to theology.

He said he cannot grasp the fact that he is finally done with seminary formation, adding that it is through the grace of God and not just his own efforts that he was able to survive the rigorous academic and seminary formation.

Gubac also said that he is not sure of what lies ahead, but he is confident that the Lord will be with him always. CBCPNews 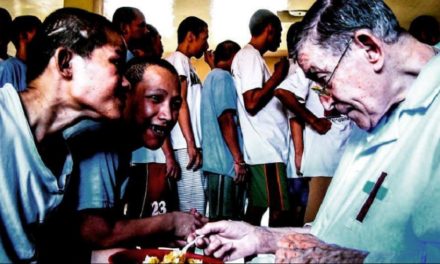 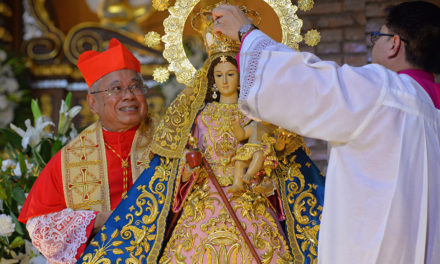 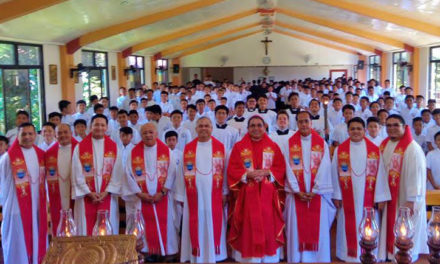