Pope Francis greets the crowd as he arrives for his general audience in Paul VI hall at the Vatican Jan. 25. (CNS photo/Paul Haring)

VATICAN, Jan. 26, 2017– The humble counsel of courageous women should never be disregarded but rather embraced as advice full of God’s divine wisdom, Pope Francis said.

Women like the biblical heroine Judith are an example of trusting God amid sufferings and difficulties when it is easy to give up hope and fall into despair, the pope said Jan. 25 during his weekly general audience.

“This is my opinion, but women are more courageous than men,” the pope said to applause.

As the pope arrived for the audience, the sounds of classical music echoed throughout the Paul VI audience hall as a youth orchestra from Bolivia played for the pope.

The Anglican choir of London’s Westminster Abbey and former California Gov. Arnold Schwarzenegger also were present and greeted the pope at the end of the audience.

Schwarzenegger was in Rome to promote a group he founded in 2010 to help local governments develop environmentally friendly economic development projects.

“It was my great honor to meet His Holiness,” Schwarzenegger tweeted after the audience. “I am a huge fan,” he messaged, saying the pope is “a true leader for the church and a steward for all of God’s creatures.”

“His environmental work inspires me and I look forward to working together for a clean energy future,” a second Tweet said.

Pope Francis focused his audience talk on Judith, “a woman of great beauty and wisdom,” who reproached the people of Israel for their lack of trust in God to deliver them from foreign invaders.

“They were at the point of saying, ‘God has sold us,'” the pope said. “How many times have we come to situations that test our limits where we are not even able to trust in the Lord? It is an ugly temptation.”

Facing a situation full of despair, the pope continued, the people gave God five days to intervene. However, even in prayer they doubted that the Lord would help them.

“Five days are given to God to intervene — this is the sin! Five days of waiting but already expecting the end. In reality, no one among the people is capable of hoping,” he said.

Pope Francis said that in the moment of despair, Judith confronts the people’s doubts with the “courageous language” of faith and hope.

Her courage, he explained, is a reminder for Christians “to knock on the door of God’s heart; he is a father, he can save us. This widow risks (everything), even of making herself look like a fool in front of the others. But she is courageous, she goes forward.”

Christians must “never put conditions on God,” the pope said. Instead, they should allow “hope to conquer our fears.”

“To trust God means entering into his plans without assuming anything” and to believe that “he knows better than us,” the pope said.

The story of Judith exemplifies the importance of the “courageous counsel” of humble women, Pope Francis said. Their words, he added, contain “the wisdom of God” and should never be “dismissed as ignorant.”

“The words of grandmothers — how many times do grandmothers know the right word to say,” the pope said. “They give words of hope because they have the experience of life, they have suffered so much, they trusted in God and the Lord gave them this gift of giving us hopeful advice.” (Junno Arocho Esteves/Catholic News Service) 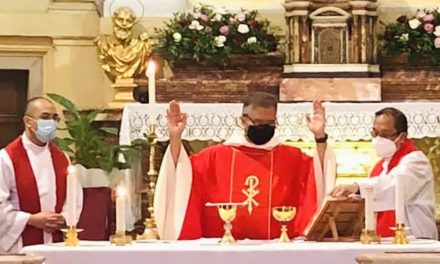 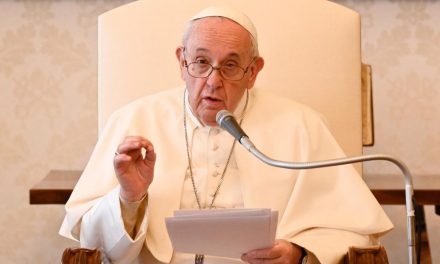 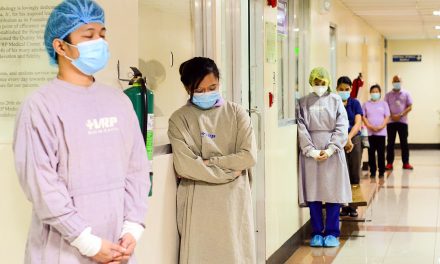