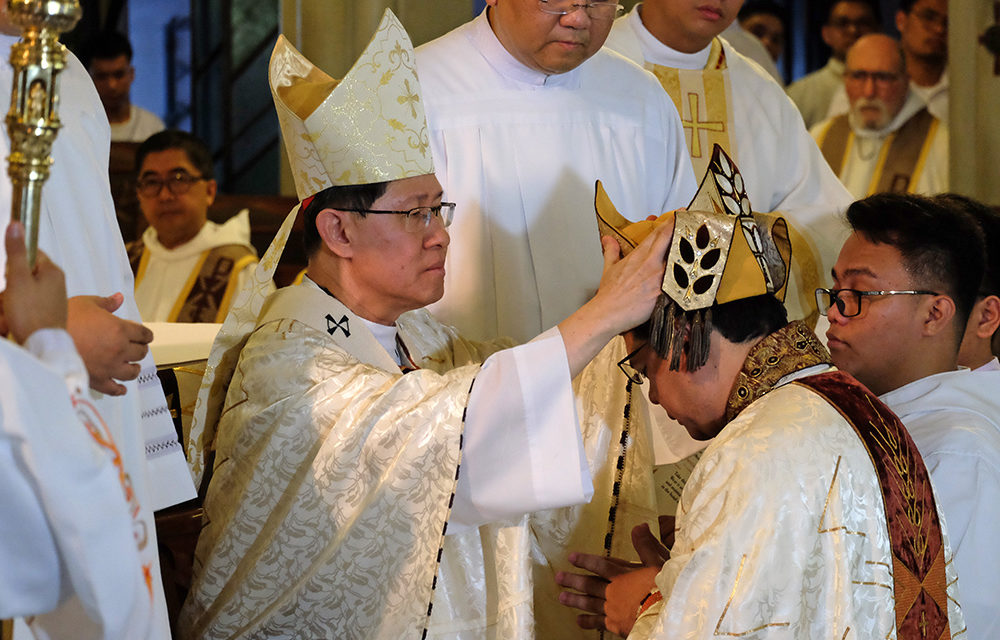 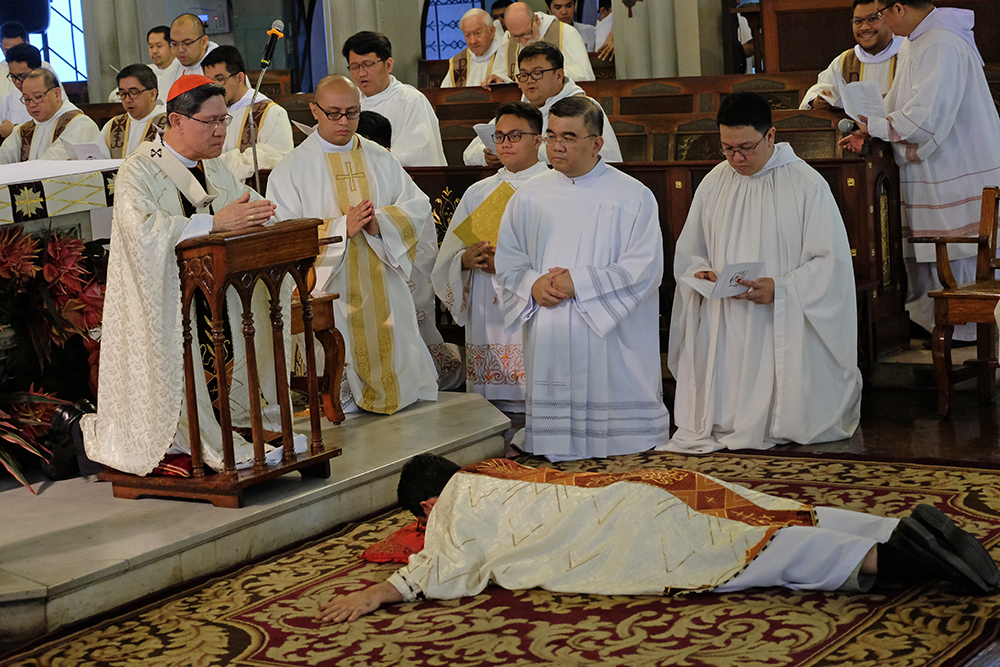 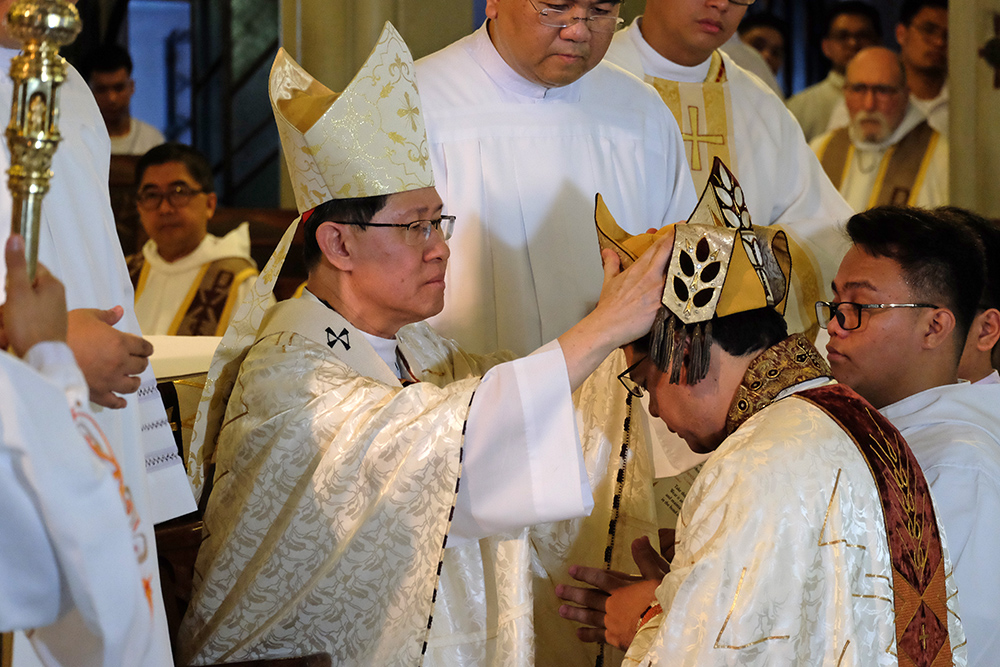 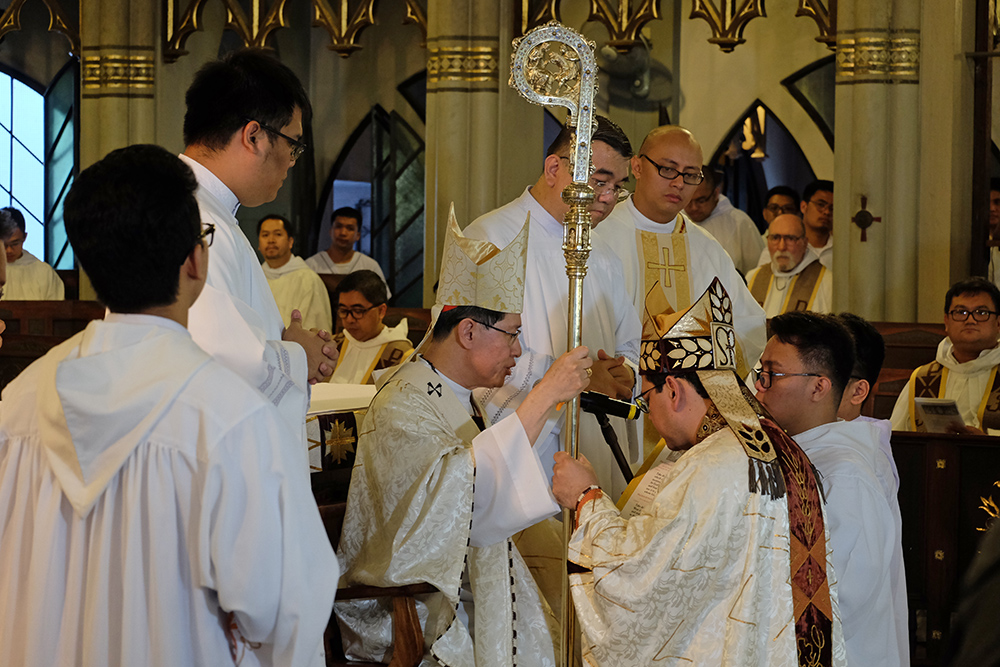 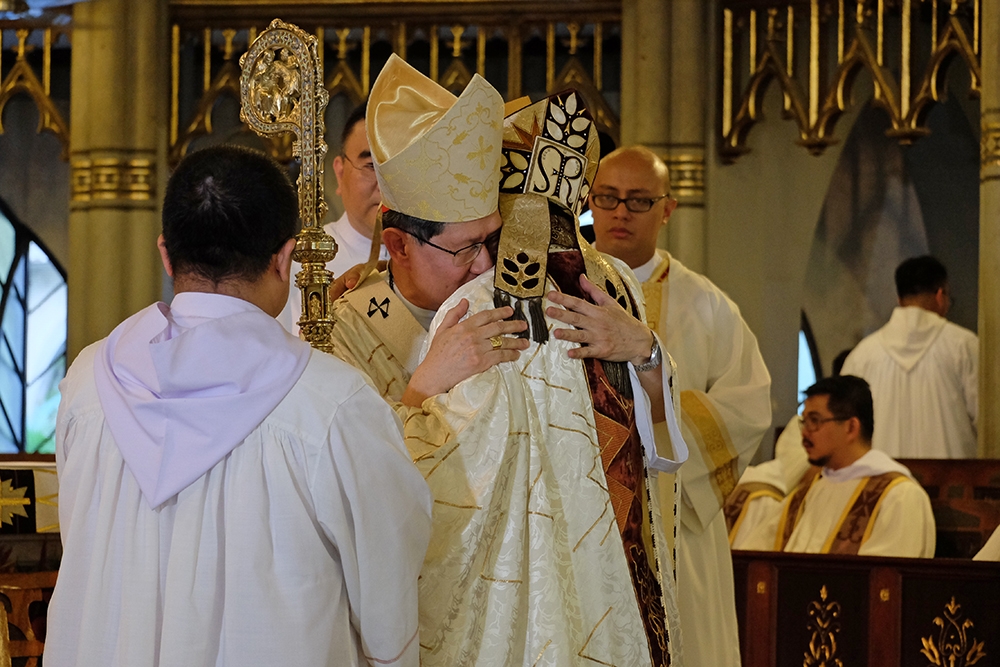 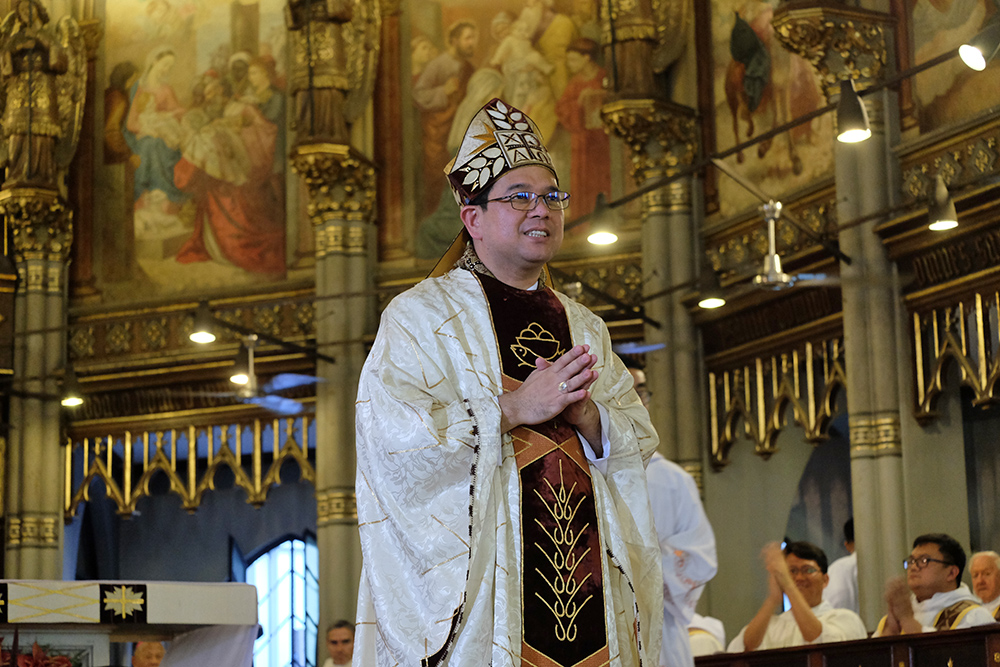 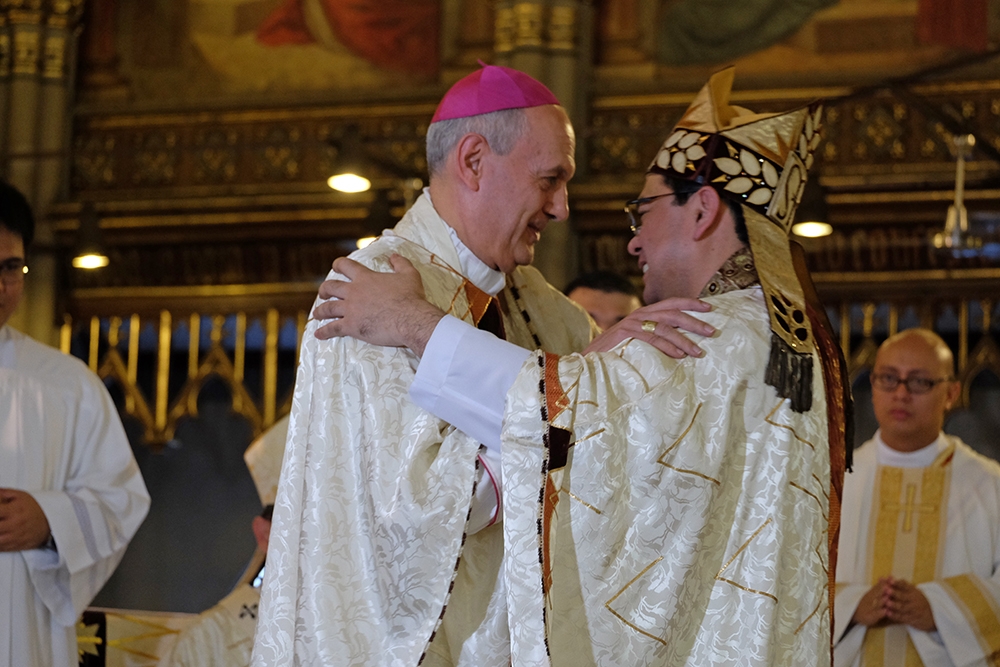 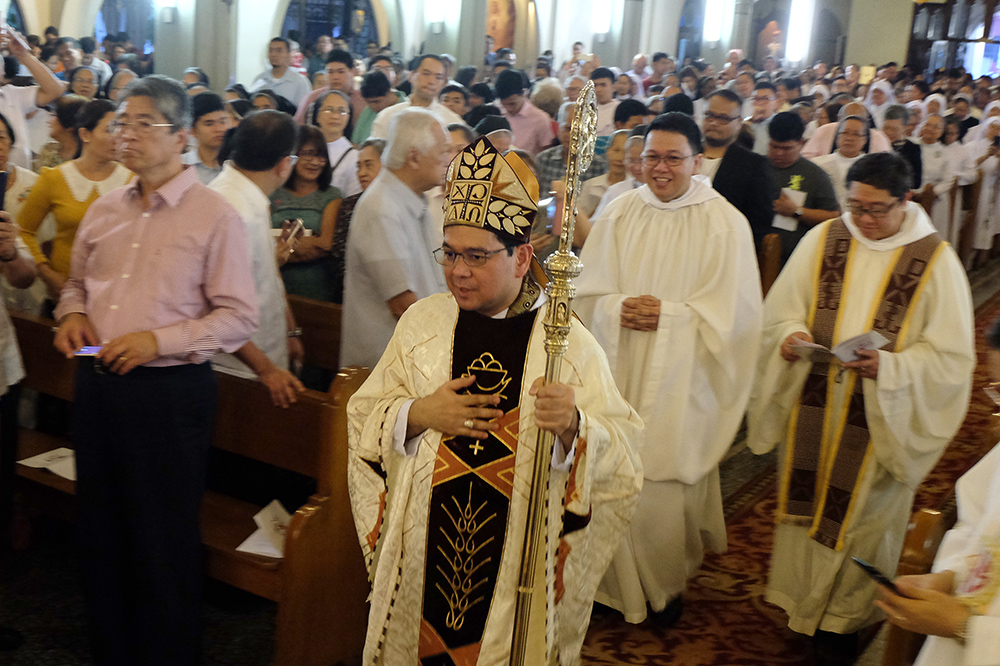 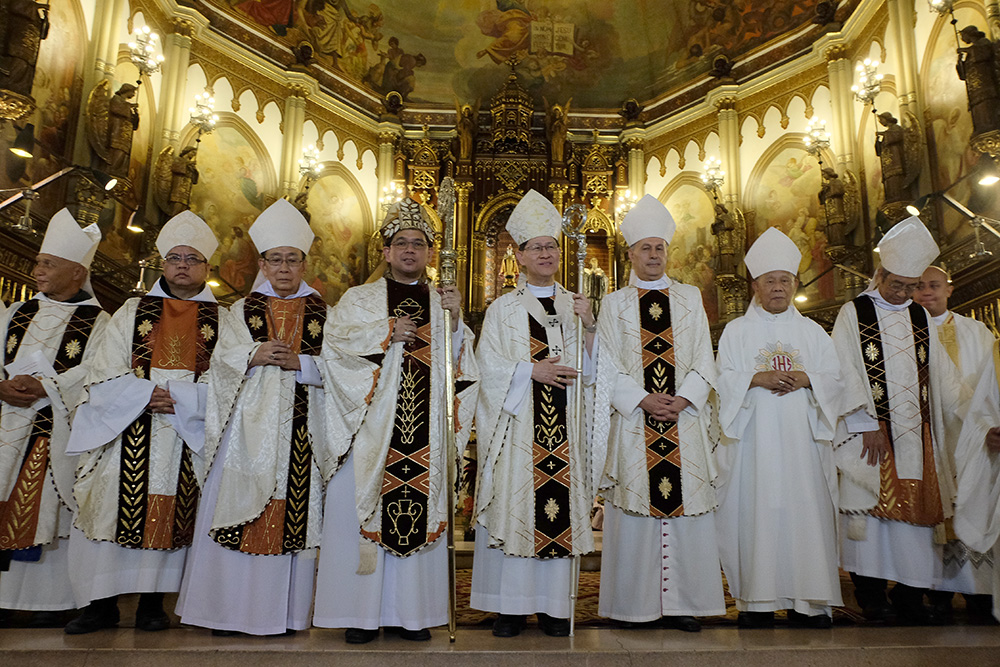 Rt. Rev. Dom Austin Cadiz, OSB, has been installed as the new abbot of the Benedictine monastery at at the Abbey Church of Our Lady of Montserrat in Manila, March 10, 2018. ROY LAGARDE

The new abbot of the Benedictine monastery at the Abbey Church of Our Lady of Montserrat in Manila has been installed at a ceremony over the weekend.

Fr. Austin Cadiz who was elected as the eighth abbot by the community received the abbatial blessing from Cardinal Luis Antonio Tagle during Mass in the abbey’s church.

In his homily, the cardinal reminded Cadiz “to be always connected with Jesus… who gives wisdom, understanding and intelligence.”

“We get afraid when we think all of these things will come from us… God will give that,” Tagle said.

“But you have to desire it. You desire what God gives. You long for what God wants you to possess for your search. And let the desire be pure,” he said.

And in the Benedictine tradition, the monks are asked not just to teach but also to be good examples.

“So that when you cannot teach by words anymore, they can look at you, your person and your life and you will be the teaching,” he stressed.

In many ways, he said, it is not just the individual Benedictines alone that are called to be servants, “it is the community that is the minister”.

Cadiz succeeded Fr. Tarcisio Narciso who was elected in 2001 and served until 2013.

The fourth Filipino Benedictine abbot has been in the ministry for almost 25 years as served as formator, procurator and sub-prior administrator.

He also served in different capacities at the Benedictine-run San Beda University’s campuses in Manila, Rizal and Alabang. 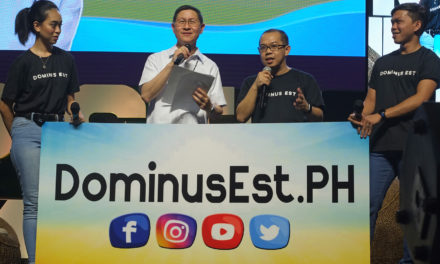 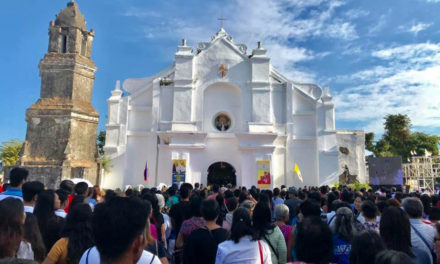