Bishop Jose Alan Dialogo was officially ordained to serve the Diocese of Sorsogon in front of more than 2,000 people at the Manila Cathedral on Thursday, Dec. 12. ROY LAGARDE

The devastation of a recent typhoon did not deter scores of people traveling to see Most Rev. Jose Alan Dialogo being ordained as the new bishop of Sorsogon on Thursday.

Still reeling from the impact of typhoon “Tisoy”, a number of faithful traveled all the way from Sorsogon province to Manila to witness a historic moment for the Church.

“Your presence here manifests a tremendous acceptance and warm welcome to me as your new bishop,” Dialogo said. “You make me feel at home already.”

The Manila Cathedral was filled for a service of consecration officiated by Cardinal Luis Antonio Tagle, which was held in front of around 30 other bishops.

The 57-year-old prelate succeeds Bishop Arturo Bastes who retired from the episcopal ministry in October.

The new bishop admitted that he is “unworthy” of such high office and is not without apprehensions at the enormity of the challenges that he will be facing.

“I am not worthy of this gift of episcopacy and I can never be worthy. But God has chosen me and had made me trustworthy to be ordained bishop in his Church,” Dialogo said.

“I also thank the Holy Father, the Vicar of Christ, for appointing me to Sorsogon,” he added.

In his homily, Cardinal Tagle said that bishops are called to act as a shepherd for his diocese through the “service of charity”.

Pope Francis on Oct. 15 has tapped Dialogo as the fifth bishop of Sorsogon.

A priest for the Manila archdiocese of 23 years, he was serving as director of a home for retired Manila priests when his appointment was made.

Bishop Dialogo will take canonical possession of the Sorsogon diocese in a ceremony at the Cathedral of Saints Peter and Paul on December 14.

The diocese has earlier appealed for aid for the victims of the typhoon, which claimed at least 17 people in different Luzon provinces and displaced thousands of families.

Caritas Sorsogon said any assistance, in cash or in-kind, will help them augment resources intended for the needs of the families devastated by Tisoy.

While government and church efforts are ongoing to reach out to the victims, “the scarce resources is not enough to defray the growing needs of the affected families”. 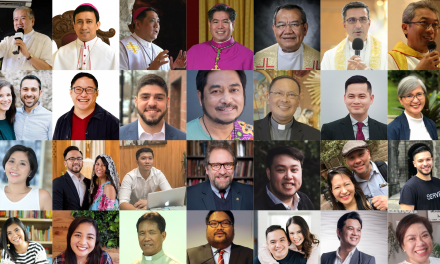 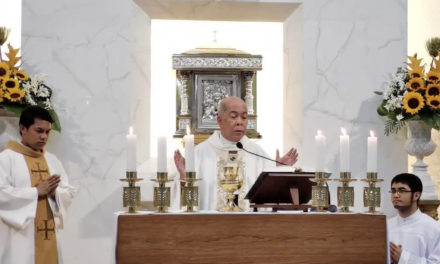 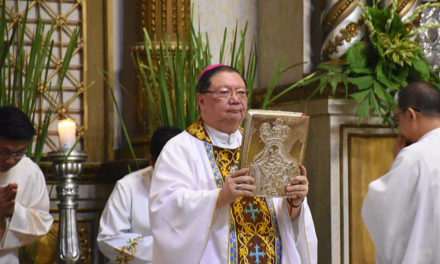 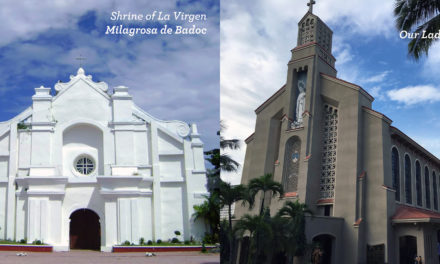