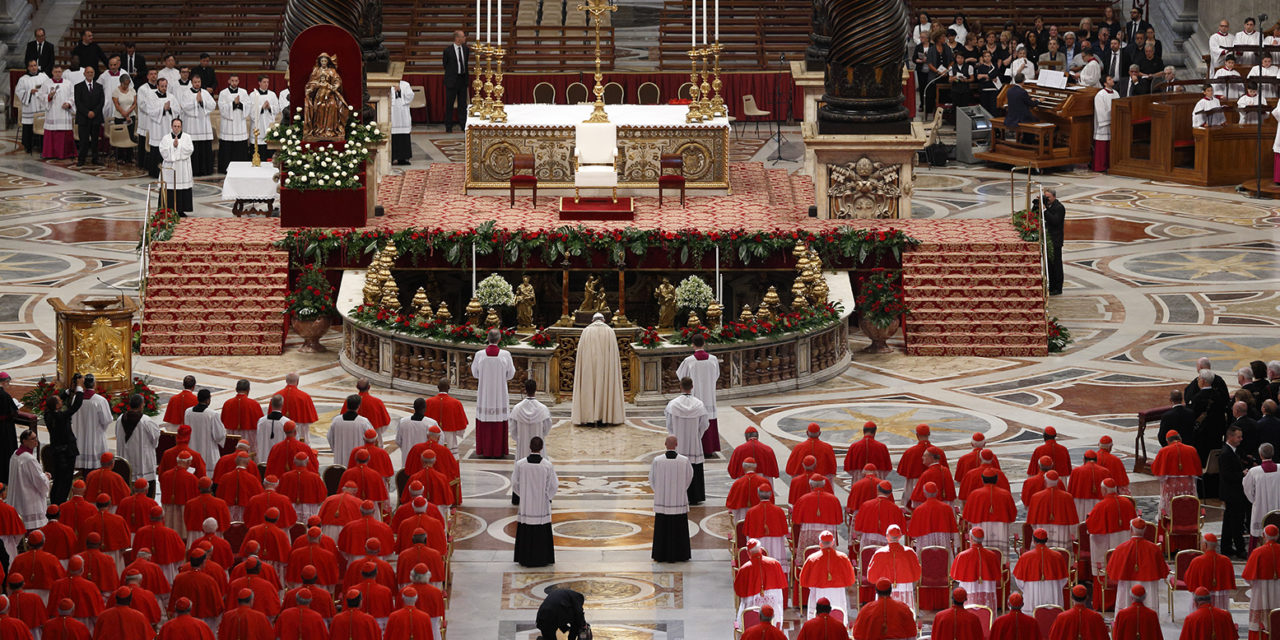 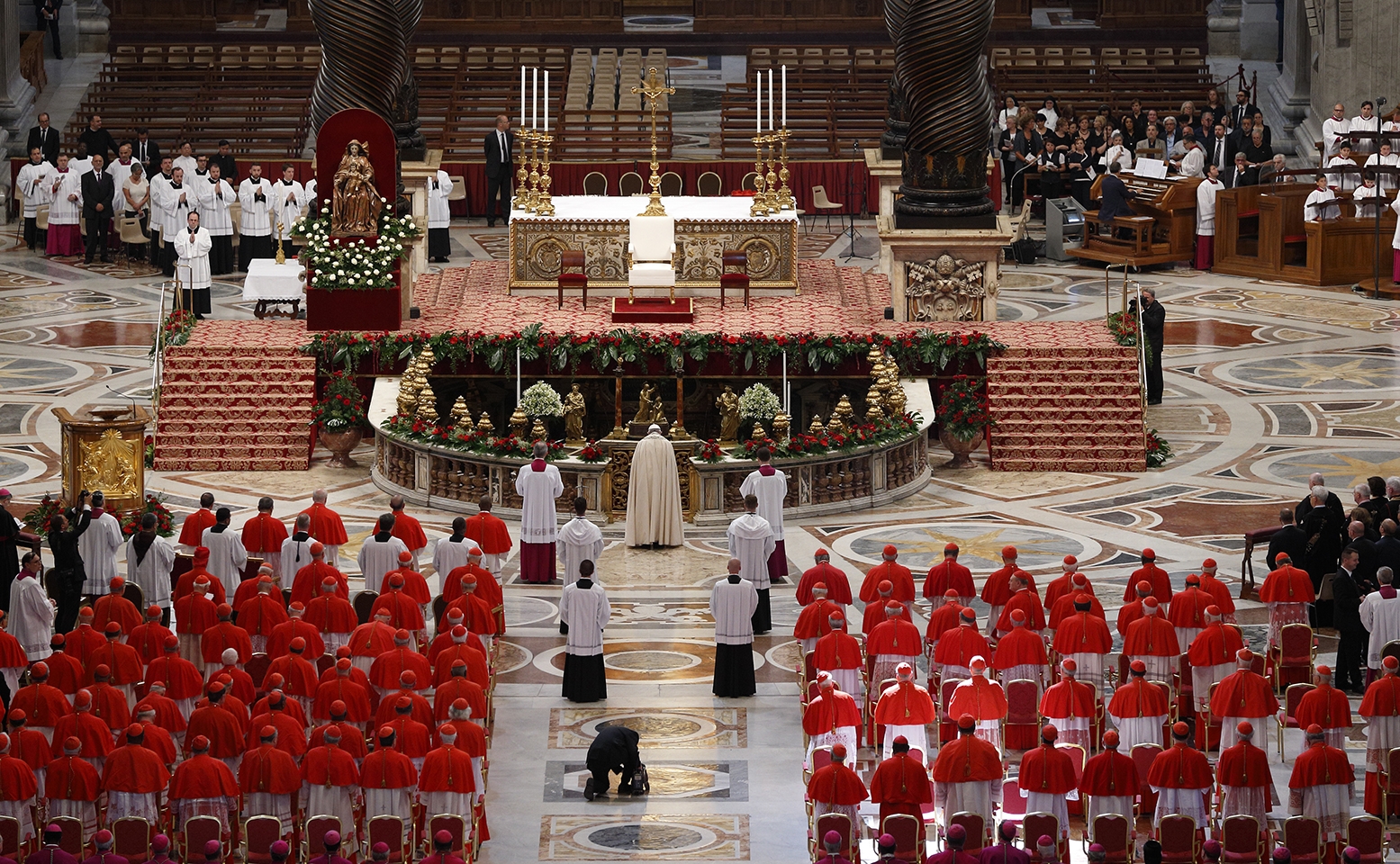 Pope Francis prays as he arrives for a consistory to create new cardinals in St. Peter’s Basilica at the Vatican in this June 28, 2017, file photo. The pope announced Sept. 1 that he will create 13 new cardinals at an Oct. 5 consistory. PAUL HARING/CNS

VATICAN— After the consistory to create new cardinals in early October, Pope Francis will have chosen more than half of the men who will enter the Sistine Chapel to elect his successor.

And despite what critics of Pope Francis filled social media with Sept. 1 about him setting up the college to elect a successor just like him, it should be remembered that then-Archbishop Jorge Mario Bergoglio was created a cardinal by St. John Paul. And he was elected pope in 2013 in a conclave where 42 percent of the cardinal electors were created cardinals by St. John Paul and the remaining 58 percent of the voters were named by Pope Benedict.

Personal opinions about the needs of the church at any given moment and about who would be the best person to lead obviously are at play in a conclave. But the cardinals also invoke the inspiration of the Holy Spirit and make a very solemn oath in casting their ballots: “I call as my witness Christ the Lord, who will be my judge, that my vote is given to the one who before God I think should be elected.”

After arriving late for the midday recitation of the Angelus prayer Sept. 1 because he was stuck in an elevator for 25 minutes, Pope Francis announced he would create 13 new cardinals Oct. 5.

Ten of the prelates he chose are under the age of 80 and, therefore, would be eligible to vote in a conclave to elect a pope. A cardinal who has turned 80 before the papacy is vacant participates in pre-conclave meetings to discuss the needs of the church but does not process into the Sistine Chapel and does not cast ballots for a new pope.

Barring any deaths or resignations, once the new cardinals receive their red hats in early October, the College of Cardinals will have 128 members eligible to vote in a conclave. Within 10 days of the consistory, four cardinals will celebrate their 80th birthdays, leaving 124 electors.

Of those 124, Pope Francis will have made 66 of them cardinals, which is 53 percent of the electors. The other electors will include 16 cardinals created by St. John Paul II and 42 made cardinals by now-retired Pope Benedict XVI.

While a majority in the next conclave will have Pope Francis to thank for their red hats and new responsibilities, to be elected pope a candidate must receive two-thirds of the votes.

Announcing the new cardinals, Pope Francis said they illustrate “the missionary vocation of the church that continues to proclaim the merciful love of God to all men and women of the earth.”

A commitment to the poor, to caring for migrants and refugees and to engaging in dialogue with all people are characteristics many in the group of 13 share.

Among the over-80 cardinals is Lithuanian Archbishop Sigitas Tamkevicius, who, a year ago, joined Pope Francis on a prayerful tour of the former KGB headquarters in Vilnius.

The archbishop had been imprisoned from 1983 to 1988 for “anti-Soviet propaganda.” As a Jesuit priest, in 1972 he began publishing the Chronicle of the Catholic Church in Lithuania, an underground newsletter documenting communist repression of the church. Despite repeated questioning by the KGB, he managed to publish and distribute the chronicle for more than 10 years and, once he was arrested, others continued his work.

One of the new cardinal electors will be Guatemalan Bishop Alvaro Ramazzini Imeri of Huehuetenango, a human rights defender whose support for environmental activists has earned him death threats.

The surprising Curia pick was Jesuit Father Michael Czerny, one of two undersecretaries for migrants and refugees in the Dicastery for Promoting Integral Human Development. Cardinal-designate Czerny, who was born in 1949 in what was Czechoslovakia and who migrated with his family to Canada when he was 2, worked in a variety of social justice ministries in Canada, Central America and Africa before coming to the Vatican.

According to canon law, he will need to be ordained a bishop before receiving his red hat Oct. 5, although he could request a dispensation. He did not respond Sept. 1 to a question about his possible ordination.

Pope Francis’ choices continue to pay little attention to the large archdioceses traditionally led by cardinals, such as Milan and Venice. But he will give a red hat to Archbishop Matteo Zuppi of Bologna, Italy, where all but one of the archbishops in the last 400 years had been a cardinal. The only exception was Archbishop Enrico Manfredini, who led the archdiocese for only eight months in 1983 before he died at the age of 61.

In selecting cardinals, Pope Francis has made it a point to increase the geographical profile of the College of Cardinals. The conclave that elected him included participants from 48 nations; the 128 electors in the expanded college will include prelates from 68 countries. CBCPNEWS 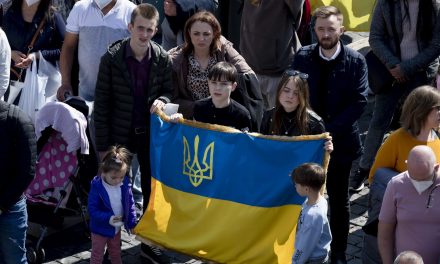 Pope Francis pleads for an end to ‘abhorrent’ war in Ukraine 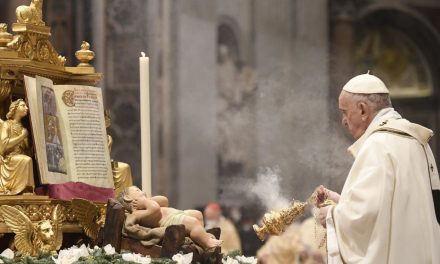 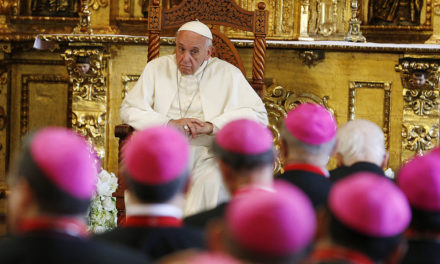 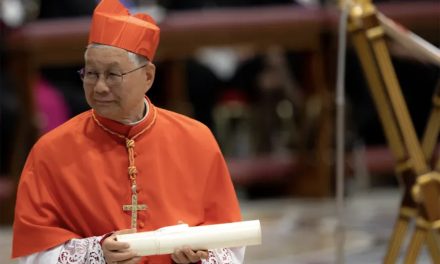 New cardinal and clergy chief: ‘My role is to encourage priests’