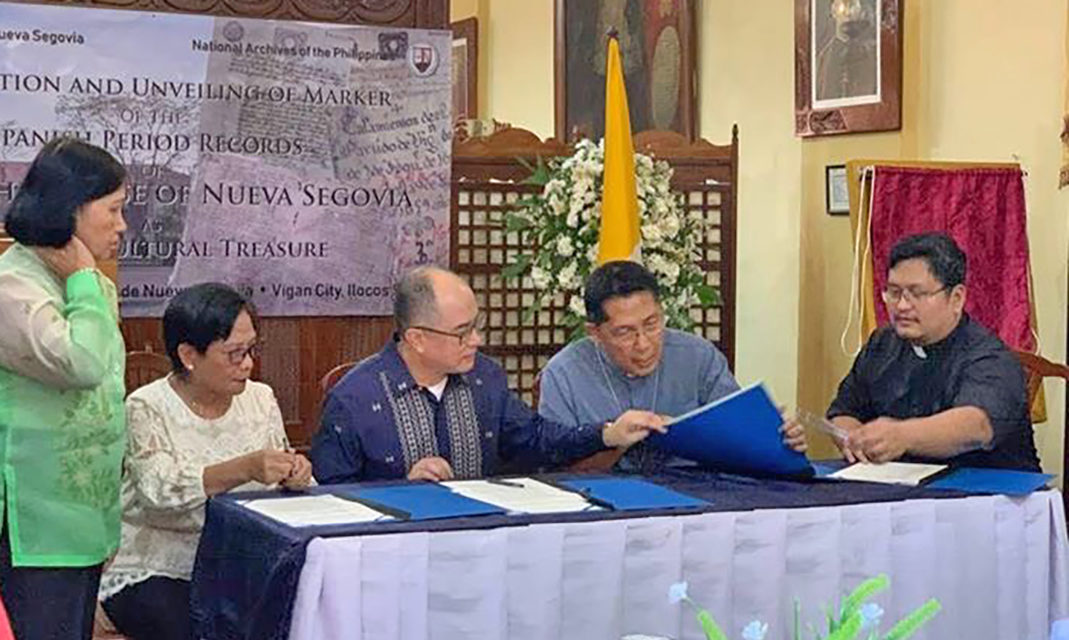 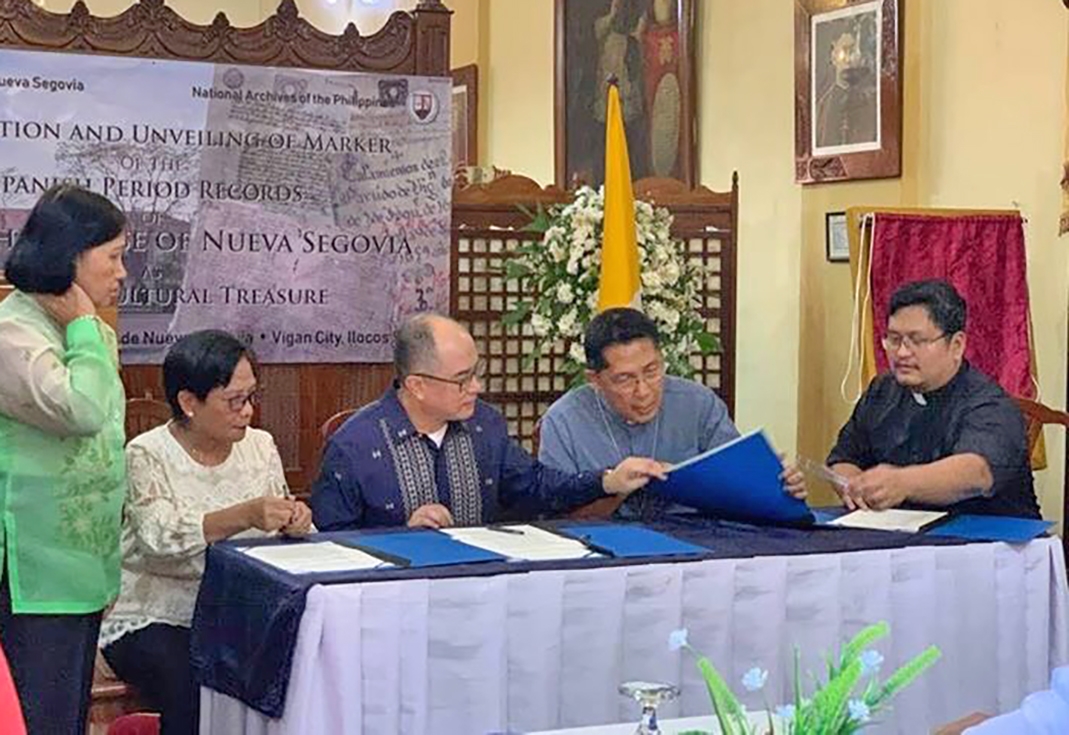 Officials of the National Archives of the Philippines sign a memorandum of agreement with Archbishop Marlo Peralta of Nueva Segovia during a ceremony declaring the Archivo Nueva Segovia as a national cultural treasure on Dec. 6. CONTRIBUTED PHOTO

Also known as Archivo Nueva Segovia (ANS), the facility received the honorary distinction from the National Archives of the Philippines (NAP) in a ceremony held at the archbishop’s residence in Vigan City on Dec. 6.

The ANS becomes one of only three archives in the country, including the NAP and the University of Santo Tomas Archives, that were accorded with the distinction.

A commemorative marker was unveiled by Archbishop Marlo Peralta of Nueva Segovia with some representatives of the NAP and the Ilocos Sur provincial government.

The marker states that the ANS provides sources of information in the study of history, language, arts, religion, politics, society, economy and other specializations.

The ANS keeps church documents dating back from 1645. Most of the files are canonical books from various parishes of the archdiocese.

The ANS keeps these documents as witnesses and primary sources of the development and growth of the archdiocese or the Northern Luzon region.

Other files include the documents of historical personalities like the baptismal entry of Padre José Búrgos who was born in Vigan in 1837, and the death register of Gabriela Silang and her companions who were executed in Vigan’s Plaza Salcedo in 1763.

The ordination documents of Padre Gregorio Aglipay, and the important ecclesiastical documents of a candidate for sainthood, the Servant of God Alfredo Verzosa of Vigan, are found in the ANS.

The ANS was established in the early 1990s through the mandate of Cardinal Orlando Quevedo, who served the archdiocese from 1986 to 1998.

Archdiocesan archivist, Fr. Jeric Jaramillo, said that ANS serves as “storage of memory of the Christian community and storehouse of culture for the new evangelization”. 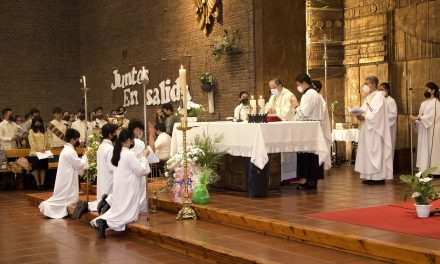 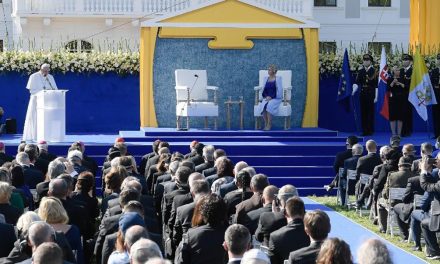 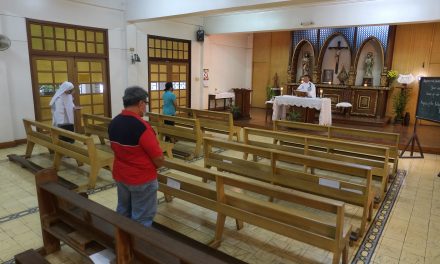