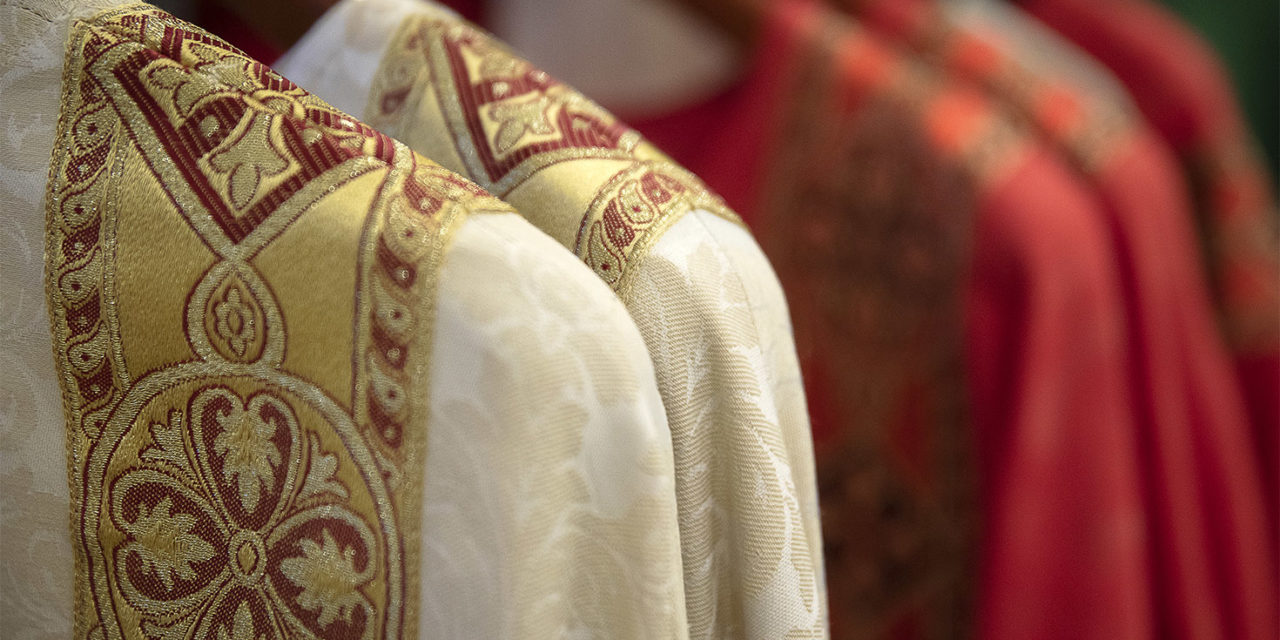 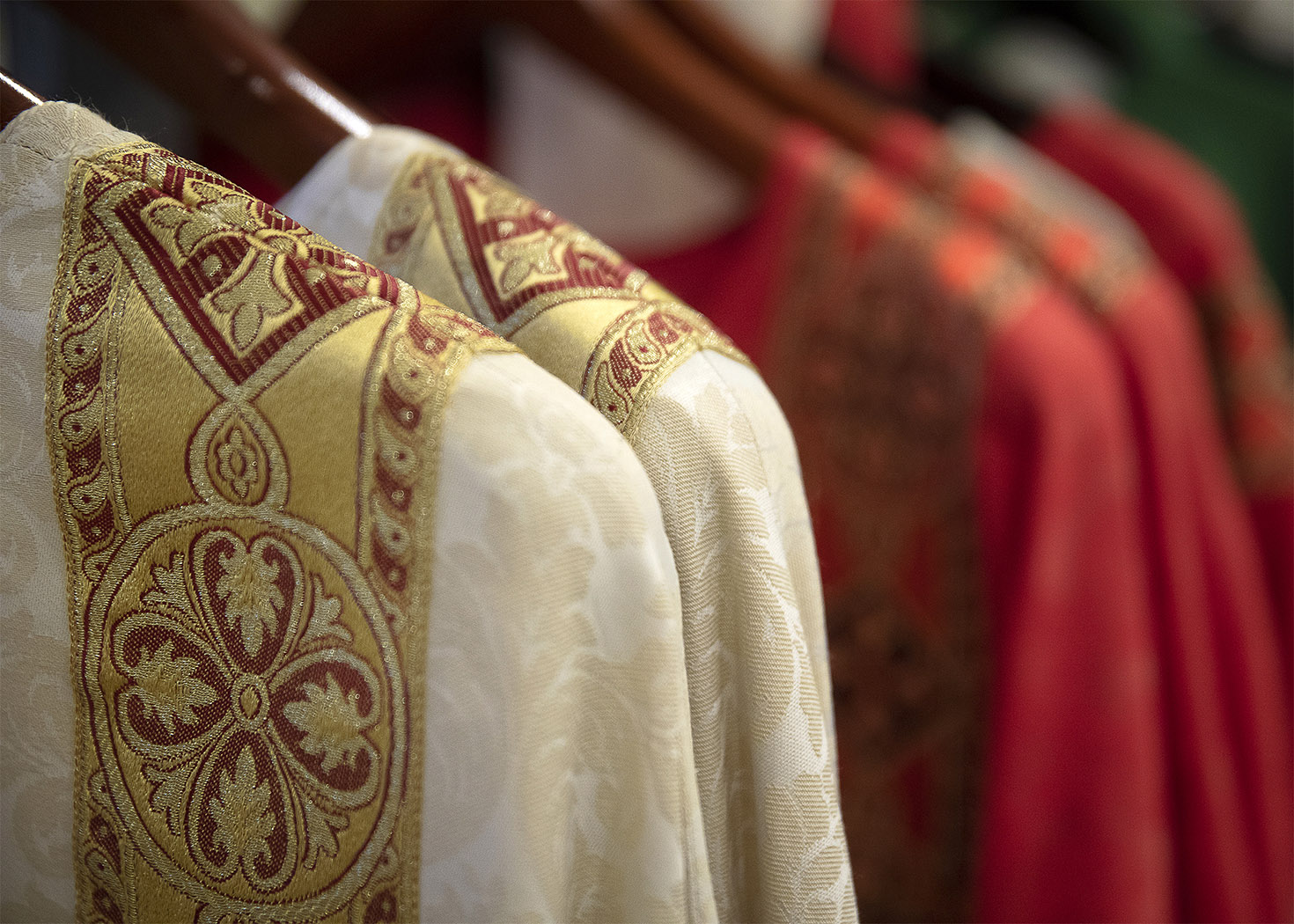 Vestments are seen in Grapevine, Texas, Sept. 19, 2018. The percentage of Catholics in the world has remained steady, while the number of priests has decreased for the first time in almost a decade, according to Vatican statistics. TYLER ORSBURN/CNS

ROME— The percentage of Catholics in the world has remained steady, while the number of priests has decreased for the first time in almost a decade, according to Vatican statistics.

Meanwhile, the numbers of bishops, permanent deacons, lay missionaries and catechists have all increased, it said.

At the end of 2017, the worldwide Catholic population exceeded 1.3 billion, which continued to be about 17.7 percent of the world’s population, said a statement published March 6 by the Vatican press office.

The statement reported a handful of the statistics in the Statistical Yearbook of the Church, which reported worldwide church figures as of Dec. 31, 2017. The press office also announced the publication of the 2019 “Annuario Pontificio,” a volume containing information about every Vatican office, as well as every diocese and religious order in the world.

The number of women in religious orders showed an ongoing downward trend of about a 1.6 percent decrease each year worldwide since 2013, the yearbook showed. The slight increases in Africa and Asia weren’t enough to offset the reductions in Europe, the Americas and Oceania. Catholic women’s orders went from having more than 792,000 members in 2001 to just over 648,910 women at the end of 2017.

The number of candidates for the priesthood — both diocesan seminarians and members of religious orders — showed a continued slight decline worldwide, decreasing from 116,160 at the end of 2016 to 115,328 at the end of 2017.

There were more than 15.6 million baptisms around the world in 2017 and more than 2.3 million Catholic weddings. 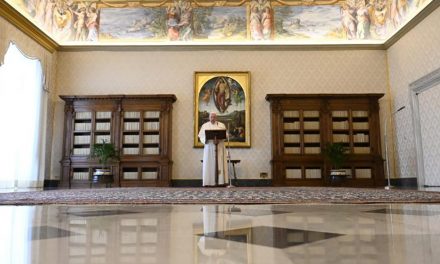 Pope Francis: It is our Christian duty to help people know Jesus 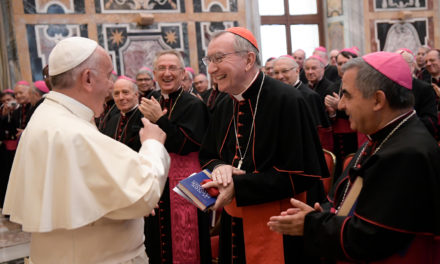