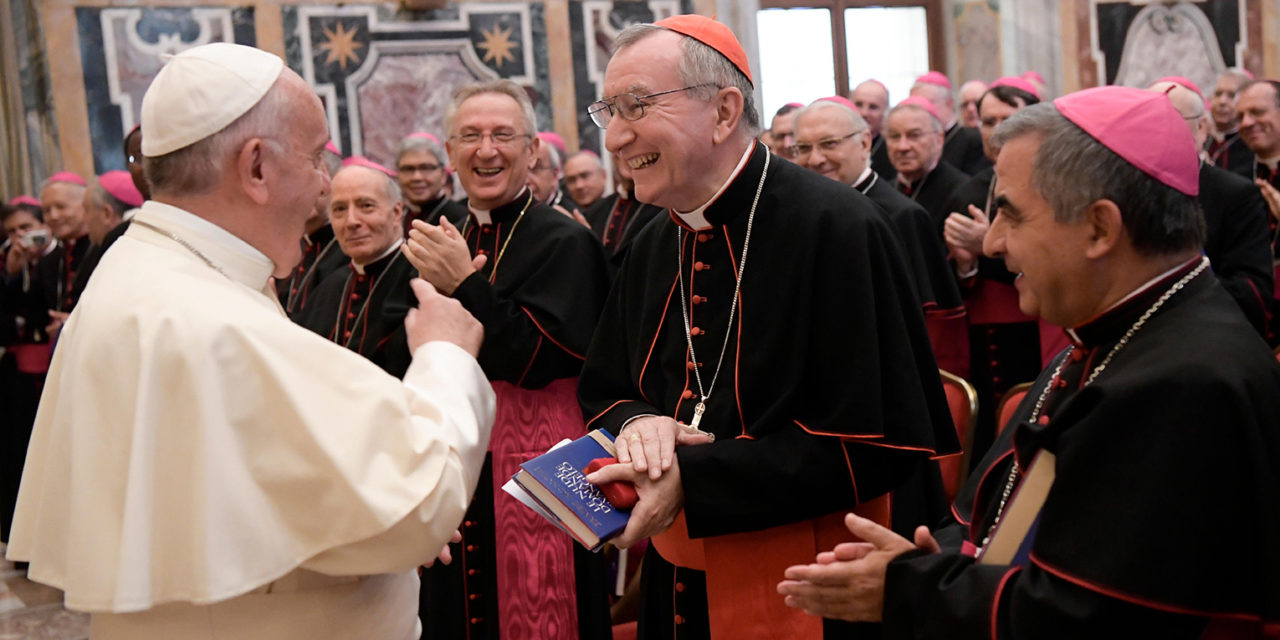 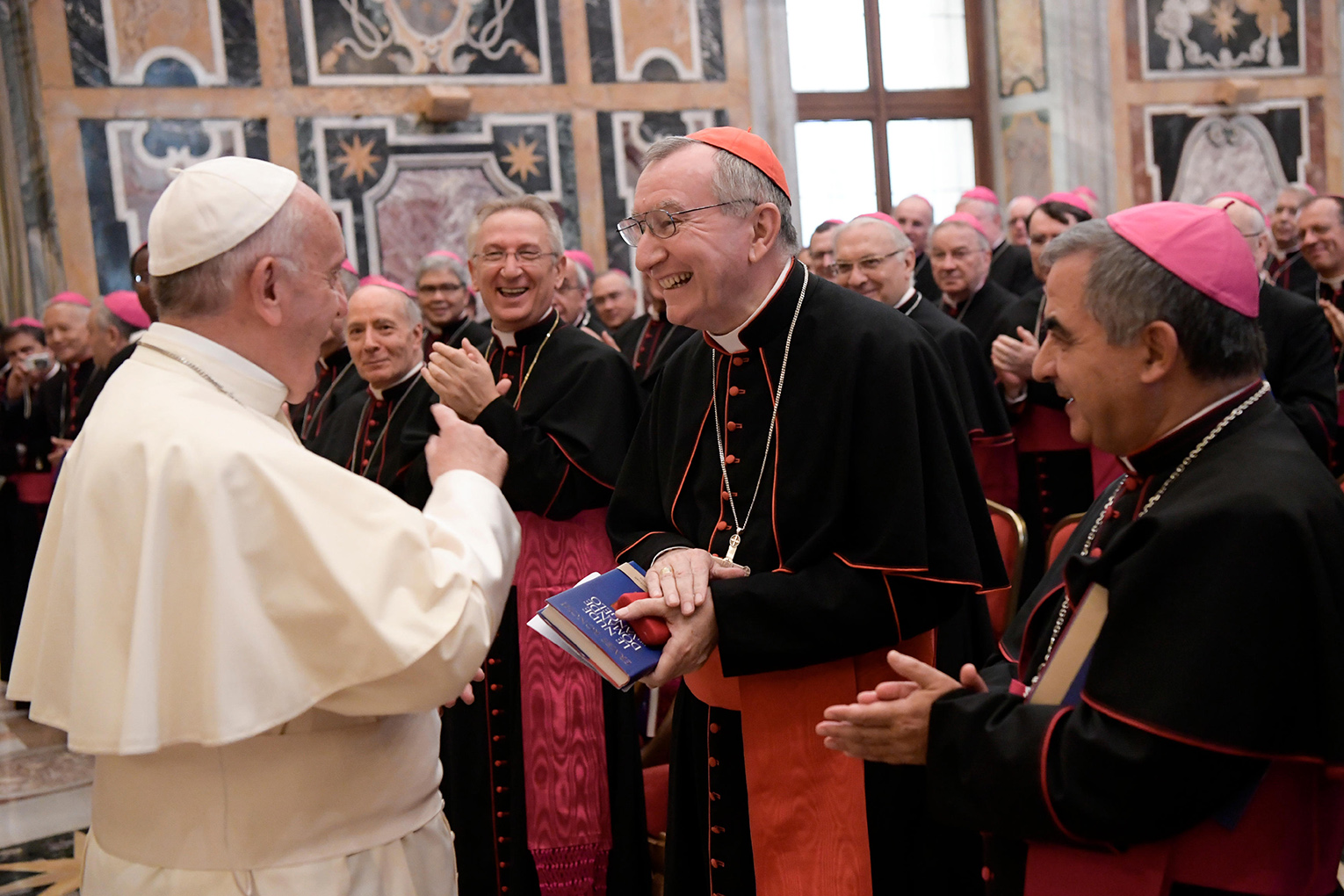 In this 2016 file photo in the Vatican’s Apostolic Palace, Pope Francis talks with Cardinal Pietro Parolin, Vatican secretary of state, and Archbishop Giovanni Angelo Becciu, right, during a meeting with nuncios, who represent the pope around the world. CNS/L’OSSERVATORE ROMANO

VATICAN— Whether the Catholic Church is operating in full freedom or under severe restrictions, no one can prevent its ministers and members from following the supreme law of Christ, which is to love others, said Cardinal Pietro Parolin.

“The work of the church can be promoted in one place or strongly opposed others, but nothing and no one can stop us from loving,” the Vatican secretary of state told more than 100 Vatican diplomats, mostly nuncios, serving around the world.

The first mission of the archbishops sent as Vatican ambassadors or representatives is the same mission of any Christian, he said: “A passionate love for Christ and his church, a generous love for people, for the populations to whom we are sent and, most of all, for the poor.”

Cardinal Parolin presided over and gave the homily at a Mass June 12 opening a three-day meeting of Vatican diplomats.

As representatives of the church and the pope, he said, the nuncios must be “the first custodians and observers” of both church law and the civil laws of the country where they are serving.

“Our service and all the juridical systems present in the world are, or should be, aimed at the good of the human person and all people: at the respect for their rights, the building of a more just society and peaceful coexistence,” the cardinal said. The Vatican’s diplomatic activity tries to promote such a vision, insisting “the law must always and only be at the service of humanity.”

Like St. Paul, Cardinal Parolin said, nuncios and other papal representatives must be aware simultaneously of the greatness and dignity of their mission and the personal poverty they bring to it.

“One can be a papal representative only with esteem for the task entrusted to him and, at the same time, with sincere humility about himself,” the cardinal said.

Nuncios represent the pope around the world and must do so fully, including in their “pastoral style,” he said, but also “our hearts as pastors and bishops must be increasingly identified with the Gospel itself.” 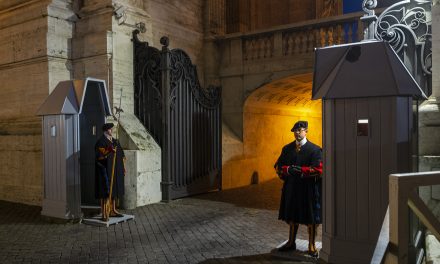 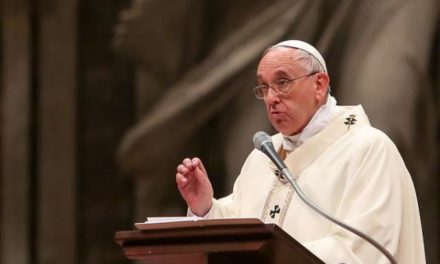 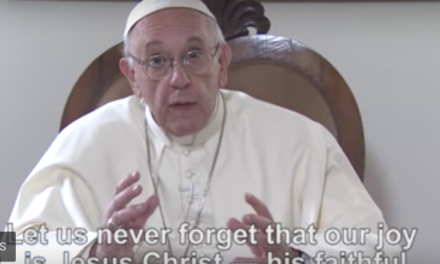 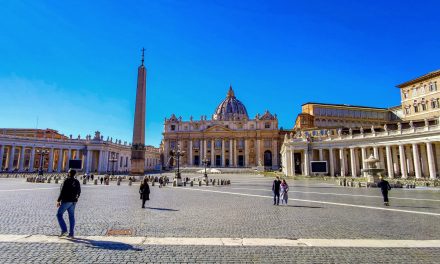 Statement by UN ‘experts’ seeks to discredit the Holy See