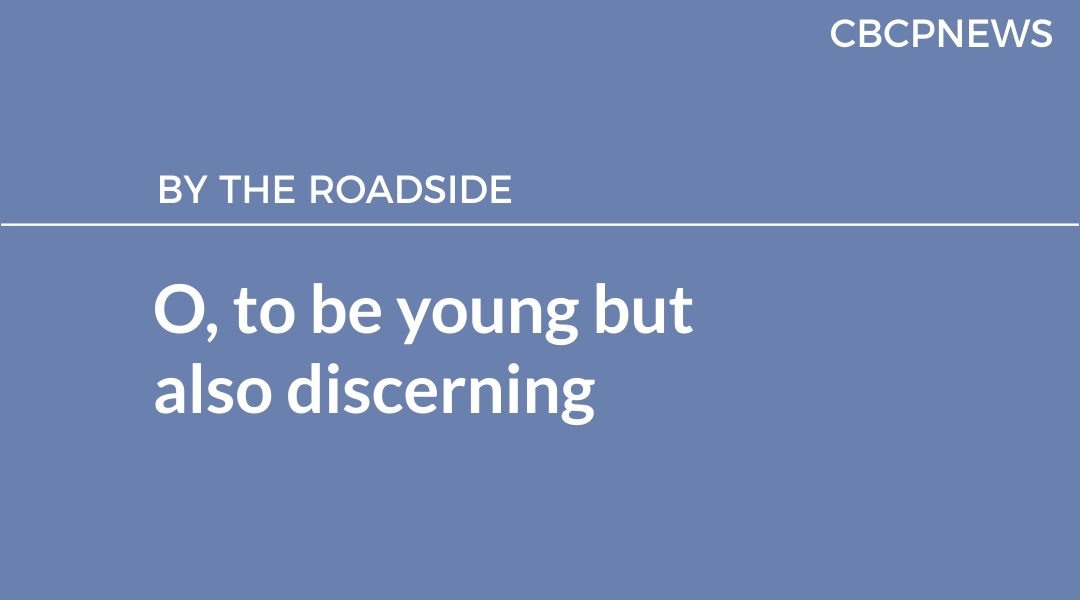 “The Holy Spirit gives wisdom against folly, understanding against dullness, fortitude against fears, knowledge against ignorance, piety against hardness of heart, and fear against pride”—Pope St. Gregory the Great

I came across a story lately. It is told that a man once bragged to a friend that not even his wife can control him. His friend asked: “Suppose your wife tells you to wash your family’s dirty clothes for the week. What would you do?” The answer was swift: “If that happens, that could mean separation…” The friend was awed. “You mean for being asked to do the laundry you’ll separate from your wife?” “No,” said the man. “I mean separation of colored clothes from white ones…”

Discernment is almost a forgotten art. But yes it comes from the Latin “discernere” which means “separation”. Basically for Christians it means being able to distinguish or separate what comes from God or his Spirit from what comes from other spirits, like the spirit of the world or evil spirits, including Satan himself. Without discernment the Holy Father says that we, especially our youth, could “easily become prey to every passing trend” (Christus Vivit, no. 279). Just look at the fashions and the songs that are hits today but will not even be remembered tomorrow. At one time it was frowned upon to curse in public or personally attack persons’ good name publicly, but now it appears to be standard behavior for some leaders. Where is this coming from? Do we care to ask?

St. Ignatius of Loyola teaches us that God can communicate directly to us through our thoughts, feelings and desires. Discernment is, as it were, what helps us tell whether or not certain thoughts, feelings or desires are of God and lead to God, or from other sources, such as our own selves, the world or evil spirits or the evil One himself.

We need discernment particularly when young people in the Church are trying to decide which state of life to embrace in order to follow Jesus Christ according to God’s plan: that is to say, is any young person being called to live out his discipleship as a married person, as an ordained one or a consecrated one? This is what we call vocation. Very often parents and adults could be sources of help or hindrances to the young’s discernment of God’s call. In the US I once heard a rather sad commentary: There are doubtless more Filipino immigrants than Vietnamese in California’s Catholic parishes. But there are more priests and seminarians from Vietnamese communities rather than Filipino ones. The theory offered was that while Filipino families may be better off economically, they are not so spiritually; often Filipino parents do not encourage their children to discern their vocations and at times may even be the first to nip them in the bud. Truly grave and un-encouraging, all because of the neglect or distrust of discernment.

For adults and families to be of help to our youth in the process of discernment, there are three sensitivities that the pope proposes. First, sensitivity to the individual “who is sharing his very self in what he says” (CV 292). This needs three important factors:  wasting time with our young, giving them a listening ear, and praying for them while they make decisions. I sometimes wonder how many vocations might have been lost because we adults did not love enough to give those gifts to our young. Two, there is a need for sensitivity to where in the young’s life events are moments of “grace” and where are “temptations” (CV 293). When they struggle to choose between prayer time and the internet, between one set of behavior or lifestyle and another, we must know how to guide them to where grace lies more palpably. Of course, the internet can also be a theater of grace and they need to cultivate this linkage with enthusiasm greater than temptation’s lairs. Three, sensitivity is also necessary to help our young identify what spirits are “driving” their lives, that is, “the direction in which” they “truly” want to “move” (CV 294). In the revised repertoire of Borongan clergy concert they included the song BUWAN by Juan Karlos Labajo. That song is an illustration of how our millennials could be driven by spirits that may not be of God or leading to God. In my analysis that song reflects a spirit that teaches our young that love is a feeling aroused by physical beauty and even uses nature as added stimulus and naturally leads to sex. Parts of the song express this: “Ang iyong ganda umaabot sa buwan/ Ang tibok ng puso rinig sa kalawakan/ at bumabalik dito sa akin/ Ikaw ang mahal/ Ikaw lang ang mamahalin/ Pakinggan ang puso’t damdamin/ Damdamin aking damdamin.” Or this one: “Ayokong mabuhay nang malungkot/ Ikaw ang nagpapasaya/ Makakasama hanggang sa pagtanda/ Halina tayo’y humiga”. Obviously ‘humiga’ or ‘lie down’ has nothing to do with simply sleeping but could be an implied invitation to sex. Thus the song portrays the confusion among our young when it comes to love and life, for me giving greater weight to the need for them to learn the art of discernment. They need to know, like we all need to know, which spirits are they confronted with—the Spirit of God, the spirit of the world or the spirit of the evil One? For this to happen they need to appreciate, according to the Holy Father, two Ss: “solitude and silence” (CV 283). I would add other Ss: SCRIPTURES to read, listen to and pray over; SELF -giving to God and to people by SERVICE; SPIRIT OF GOD being asked to guide our discernment; and SHARING our discernment with a Spiritual Director or holy members of the believing community. The Holy Father tells us adults to know when “to disappear” or withdraw from the scene as Jesus disappeared from the disciples on the way to Emmaus to leave them free to discern on their own (CV 296); later he exhorts our young to cultivate their “attraction to Christ” through prayer and the sacraments, particularly the Eucharist and seeing him in his “suffering brothers and sisters”.

Today even as I write these words there are many movements in the world and in our country that need to be subjected to discernment. For instance, there are very strong efforts towards solving crime by death, solving marriage problems by divorce, dealing with human sexuality by accepting same-sex marriages and the SOGIE (Sexual Orientation and Gender Identification Expression) Bill? Let us ask: Are these movements being led by the Spirit of God and towards God or are they being led by other spirits—such as, the spirit of the world or worldly spirit, by trending cultural or poitical ideology, by evil spirits or by the Evil One himsel? If these are being led not by the Spirit of God do we care where will all these lead us all to?

Luke’s Gospel has Jesus telling us that new wine cannot be poured into old wineskins but rather into new ones (Lk 5:3-38). Discerning Jesus’ words could yield us two things. One, Christianity is not a development or daughter religion of Judaism but an entirely new way of relating to God because, unlike Judaism which is centered on the Law of Moses, Christianity is centered on Jesus Christ. The Christian faith is an entirely new religion. Two, it also means being a disciple of Christ always entails our renewed life based on the Gospel; we cannot remain in the old wineskins of sin and darkness. For us to distinguish whether our lives are following the requirements of the new wine or simply of the old wine or of paganism, we need discernment.

Just imagine going home from church and you have to take a tricycle or if you are lucky, tell a driver where you are going. Now, you and I know that it is not enough to tell your driver your destination. Your eyes must also be open to see which streets he is taking because some of them may take you closer or farther from home. Discernment is like that—a conscious prayerful opening of our inner eyes to God and his Spirit, and being spiritually equipped through that same Spirit to see the ways he offers and which ways he does not. God and heaven is our home; Jesus is our Way. Discernment teaches us how best to follow the Way that is Jesus by showing us certain pathways can lead us farther or closer to our true destination—heaven and God, not elsewhere.

“Whoever is wise, let him understand these things. Whoever is discerning, let him know them. For the ways of the Lord are right. The righteous will walk in them. But transgressors will stumble in them” (Hosea 14:9). 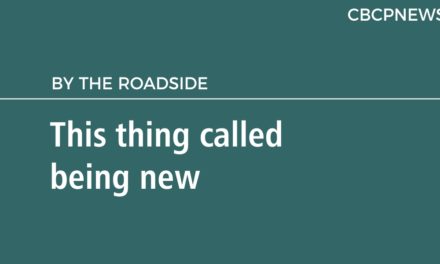 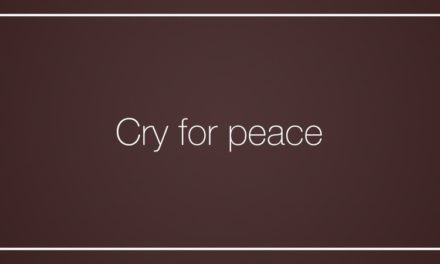