This is the word of the LORD that came to Jonah, son of Amittai:

The LORD, however, hurled a violent wind upon the sea,
and in the furious tempest that arose
the ship was on the point of breaking up.
Then the mariners became frightened and each one cried to his god.
To lighten the ship for themselves, they threw its cargo into the sea.
Meanwhile, Jonah had gone down into the hold of the ship,
and lay there fast asleep.
The captain came to him and said, “What are you doing asleep?
Rise up, call upon your God!
Perhaps God will be mindful of us so that we may not perish.”

Then they said to one another, “Come, let us cast lots
to find out on whose account we have met with this misfortune.”
So they cast lots, and thus singled out Jonah.
“Tell us,” they said, “what is your business?
Where do you come from?
What is your country, and to what people do you belong?”
Jonah answered them, “I am a Hebrew,
I worship the LORD, the God of heaven,
who made the sea and the dry land.”

Now the men were seized with great fear and said to him,
“How could you do such a thing!–
They knew that he was fleeing from the LORD,
because he had told them.–
They asked, “What shall we do with you,
that the sea may quiet down for us?”
For the sea was growing more and more turbulent.
Jonah said to them, “Pick me up and throw me into the sea,
that it may quiet down for you;
since I know it is because of me
that this violent storm has come upon you.”

Still the men rowed hard to regain the land, but they could not,
for the sea grew ever more turbulent.
Then they cried to the LORD: “We beseech you, O LORD,
let us not perish for taking this man’s life;
do not charge us with shedding innocent blood,
for you, LORD, have done as you saw fit.”
Then they took Jonah and threw him into the sea,
and the sea’s raging abated.
Struck with great fear of the LORD,
the men offered sacrifice and made vows to him.

There was a scholar of the law who stood up to test Jesus and said,
“Teacher, what must I do to inherit eternal life?”
Jesus said to him, “What is written in the law?
How do you read it?”
He said in reply,
“You shall love the Lord, your God,
with all your heart,
with all your being,
with all your strength,
and with all your mind,
and your neighbor as yourself.”
He replied to him, “You have answered correctly;
do this and you will live.”

But because he wished to justify himself, he said to Jesus,
“And who is my neighbor?”
Jesus replied,
“A man fell victim to robbers
as he went down from Jerusalem to Jericho.
They stripped and beat him and went off leaving him half-dead.
A priest happened to be going down that road,
but when he saw him, he passed by on the opposite side.
Likewise a Levite came to the place,
and when he saw him, he passed by on the opposite side.
But a Samaritan traveler who came upon him
was moved with compassion at the sight.
He approached the victim,
poured oil and wine over his wounds and bandaged them.
Then he lifted him up on his own animal,
took him to an inn, and cared for him.
The next day he took out two silver coins
and gave them to the innkeeper with the instruction,
‘Take care of him.
If you spend more than what I have given you,
I shall repay you on my way back.’
Which of these three, in your opinion,
was neighbor to the robbers’ victim?”
He answered, “The one who treated him with mercy.”
Jesus said to him, “Go and do likewise.” 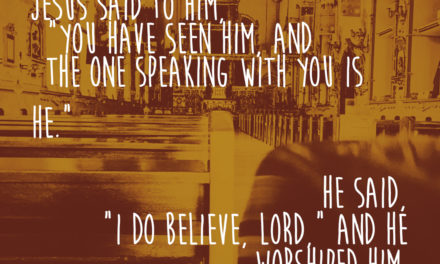 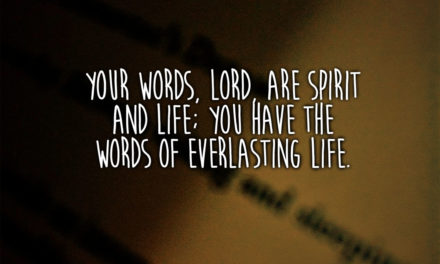 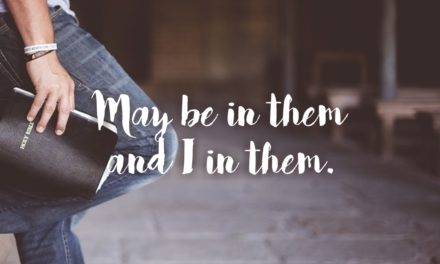