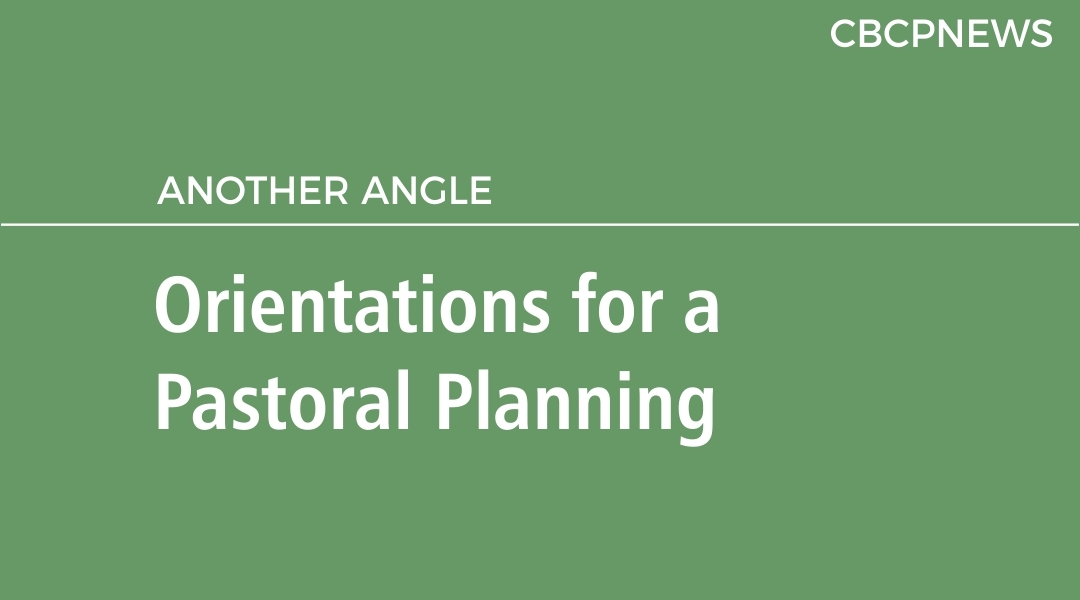 NEW evangelization necessitates a pastoral planning or a concrete plan in any level: parochial, diocesan or even national.  Most ecclesial reality has it.  Usually, however, it might happen that even all the efforts, energy and economic resources have been offered, unfortunately, most of them might remain only in paper.   Though there are other plans that we know are very fruitful and serves as an avenue for growth and becomes witness to many.

Any program of evangelization is basically to give Jesus and to bring all to Jesus.  It is not only an organized programmatic schedule with techniques coming experts or from surveys and conclusions done in a more or less organized way and with a specific time table. These are all useful, but if they don’t bring Jesus to our people then everything could be in vain.

Some planning encounters could even lead to divisions among the planners themselves in as much as there are a lot of hidden agendas involved. Instead of discovering what is the plan of God for that particularly time and particular place, it could be a source of conflicts.

We are warned by no other than St. John Paull II in his encyclical letter Novo Millennio Eneunte which is considered to be a like a Magna Carta for the third millennium as far as planning is concerned:

“We are certainly not seduced by the naive expectation that, faced with the great challenges of our time, we shall find some magic formula. No, we shall not be saved by a formula but by a Person, and the assurance which he gives us: I am with you!” He continues, “It is not therefore a matter of inventing a “new programme”. The programme already exists: it is the plan found in the Gospel and in the living Tradition, it is the same as ever. Ultimately, it has its centre in Christ himself, who is to be known, loved and imitated, so that in him we may live the life of the Trinity, and with him transform history until its fulfilment in the heavenly Jerusalem.” (NMI, 29).

In the scriptures, St. John has indicated to us what was original and essential in this evangelizing program which is applicable even today and does not “change in the shifts of times, even though it takes account of time and culture for the sake of true dialogue and effective communication”. (NMI, 29). The Apostle wrote:

We note that the subject is in plural form.  This “we” is not only a conglomerate of persons more or less organized but an ecclesial reality united in charity having one mind and one heart.  It is within the context of an experience after Pentecost where the ecclesial beginnings are formed by the Holy Spirit deeply united in Christ whose members are in mutual charity that deserves the presence of Jesus in their midst.  it is this same Jesus that they have seen and heard.  It is not something graphic or a caricature of Jesus but a real Jesus who is present in the first community of disciples and therefore has a Trinitarian imprint.  This Jesus is the source of their joy.

This experience however is a result of an asceticism which involves a ‘dying’ to oneself in order to love the other disciple as a neighbor like Jesus loved (till death), so that though a reciprocity of love which could be generated – and the presence of the body of Christ becomes a reality.

It is no wonder, that in his wisdom St. John Paul II in the same letter said:

“A spirituality of communion implies also the ability to see what is positive in others, to welcome it and prize it as a gift from God: not only as a gift for the brother or sister who has received it directly, but also as a “gift for me”.  . . .”A spirituality of communion means, finally, to know how to “make room” for our brothers and sisters, bearing “each other’s burdens” (Gal 6:2) and resisting the selfish temptations which constantly beset us and provoke competition, careerism, distrust and jealousy. ”

Thus he declared: “Let us have no illusions: unless we follow this spiritual path, external structures of communion will serve very little purpose. They would become mechanisms without a soul, “masks” of communion rather than its means of expression and growth.” (Novo millennio ineunte, 43).

This plural form “we” or “us” together with the whole people of God, is a starting point of any true evangelization.  It is basically ecclesial and not individualistic nor a projection of any individual pastor whose personality is more or less pleasing or charismatic. Evangelization is a collective effort not in a sense of a collectivity of the many, but an internal reality which has a trinitarian imprint of mutual charity.  It must also end not on the popularity rating of a group or any fan club but it should end up towards the growth of and in the same “we” of the church and makes the church more visible and real in any space and time.  In other words, true evangelization is not only a project or space for pastoral experts with a more or less delineated program which is more or less perfect with deadlines and objectives but at the end does not give Jesus.  It could only be a particular vision of an individual missionary although plausible but may give less of Jesus and more of himself or herself.   This kind of missionary program will not lead to a deeper communion with Jesus present in a community and build up the People of God, but a private projection which does not come from that essential reality of the “we”.

In fact Pope Francis in his Evangelii Gaudium wrote: “I am a mission on this earth; that is the reason why I am here in this world. We have to regard ourselves as sealed, even branded, by this mission of bringing light, blessing, enlivening, raising up, healing and freeing. . . But once we separate our work from our private lives, everything turns grey and we will always be seeking recognition or asserting our needs. We stop being a people,”  (n. 273)  We stop being a People of God but only a kind of a private organization, an NGO, or just a cooperative.

Perhaps it is in this context that the holiness of priests—embedded, in the reality of a true Presbyterium united, in one heart and mind with the other members of the clergy in charity and with the local ordinary—that St. John Paul II considered it as starting point of any pastoral initiative.  Mission should not separated from communion and vice versa.  Any pastoral program should lead to a more creative and fruitful communion which then leads to a greater mission and pastoral activity.  Thus, it is like a cycle of communion-mission-and a deeper communion.  It is this communitarian dimension which is the starting point of mission that priests are sanctified by sanctifying the others in their mission.  Pastoral planning then is not something external to the holiness of the clergy and laity.  He said:

“I have no hesitation in saying that all pastoral initiatives must be set in relation to holiness.” (NMI, 30). He asked himself: “At first glance, it might seem almost impractical to recall this elementary truth as the foundation of the pastoral planning in which we are involved at the start of the new millennium. Can holiness ever be “planned”? What might the word “holiness” mean in the context of a pastoral plan?” (NMI, 30).

Holiness is precisely not only the starting point but also the point of arrival of any pastoral planning.  But it is a choice filled with consequences and fruits.”

He continues to explain:

“In fact, to place pastoral planning under the heading of holiness is a choice filled with consequences. It implies the conviction that, since Baptism is a true entry into the holiness of God through incorporation into Christ and the indwelling of his Spirit, it would be a contradiction to settle for a life of mediocrity, marked by a minimalist ethic and a shallow religiosity. To ask catechumens: “Do you wish to receive Baptism?” means at the same time to ask them: “Do you wish to become holy?” It means to set before them the radical nature of the Sermon on the Mount: “Be perfect as your heavenly Father is perfect” (Mt 5:48).

“As the Council itself explained, this ideal of perfection must not be misunderstood as if it involved some kind of extraordinary existence, possible only for a few “uncommon heroes” of holiness. The ways of holiness are many, according to the vocation of each individual. . . . “. (Novo Millennio Ineuente, 30-31).

He strongly suggests then that “the time has come to re-propose wholeheartedly to everyone this high standard of ordinary Christian living: the whole life of the Christian community and of Christian families must lead in this direction.”  This direction is towards the “training for holiness”, which “must integrate the resources offered to everyone with both the of traditional forms of individual and group assistance, as well as the more recent forms of support offered in associations and movements recognized by the Church.” (Novo Millennio Ineuente, 30-31).

To be holy together then which is no other than to be more church: one and holy, Catholic and apostolic – is the program that opens for us. It is not something which involves only acting but of being church and makes its communion and unity more visible.   It is in this way that we could present Jesus, the source of joy, of faith and hope in this world wounded by division and sin. Mission in fact should originate from a communion similar to that of the Holy Trinity who loves one another and therefore with a trinitarian imprint and should end to this same reality with more intensity and profundity.  In being faithful to our basic and fundamental vocation to be holy and make the others holy, then together in one heart and one mind, in prayer, the creativity that comes from the Holy Spirit could act to formulate any program. 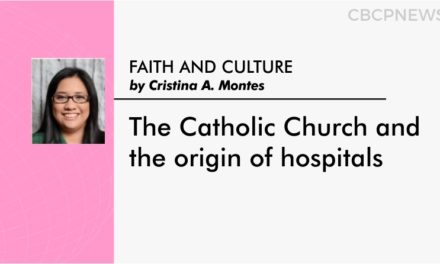