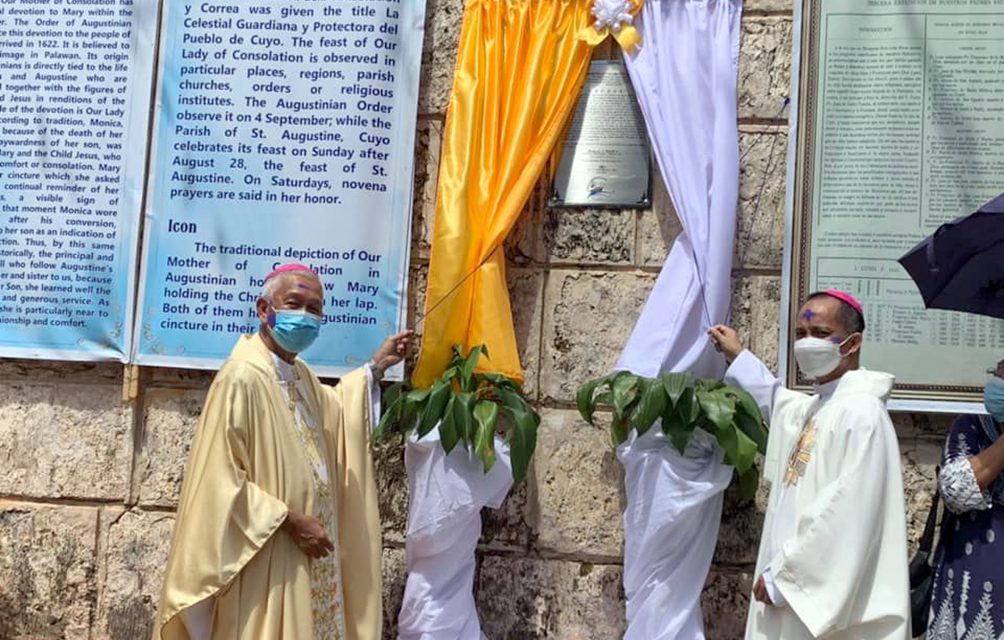 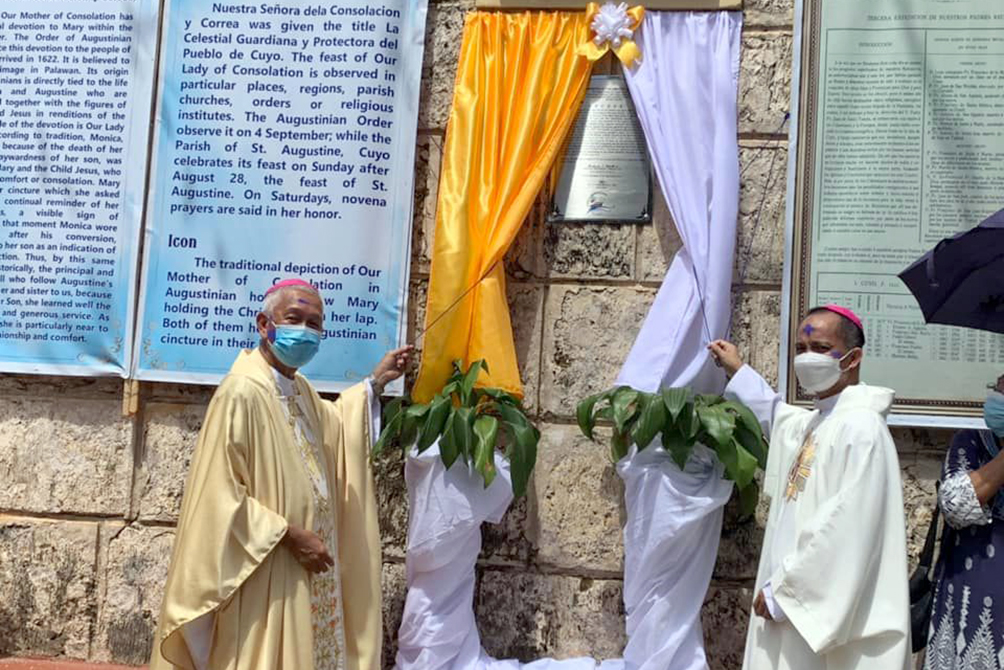 Bishop Broderick Pabillo of Taytay and Bishop Socrates Mesiona of Puerto Princesa unveil the 400 Years of Christianity marker at the St. Augustine Parish Church in Cuyo, Palawan on Aug. 28, 2022. AVPP

A Catholic bishop has challenged the faithful of Palawan to bring their faith into real life by serving other people, especially the marginalized and oppressed.

Bishop Broderick Pabillo of Taytay said religious faith should not be confined to the place of worship but should also be practiced in the public and social spheres.

“It should take root into the society so that the poor can be served, the environment can be preserved, and the truth can be upheld,” Pabillo said in a pastoral letter.

He also asked the people and their communities to aim for inclusive growth and development and not just those pushed by the rich and powerful .

“The development that we should strive for should be for everyone, especially the indigenous peoples who came before us, and should not destroy the environment,” he said.

The statement was released on Sunday, Aug. 28, as the apostolic vicariates of Taytay and Puerto Princesa formally opened the year-long commemoration of the arrival of Christianity on the island 400 years ago.

The event was highlighted with a Mass in Cuyo town’s St. Augustine Church, the oldest parish in the province.

The liturgy was presided over by Pabillo, along with Bishop Socrates Mesiona of Puerto Princesa and some of their clergy as concelebrants.

As part of the celebration, the bishops also led the episcopal coronation of the church’s image of Nuestra Señora dela Consolacion on Aug. 27. 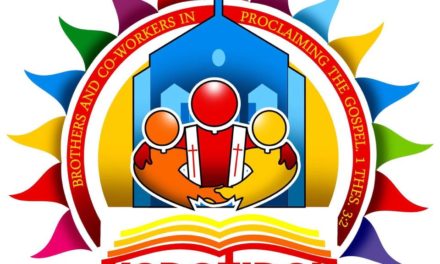 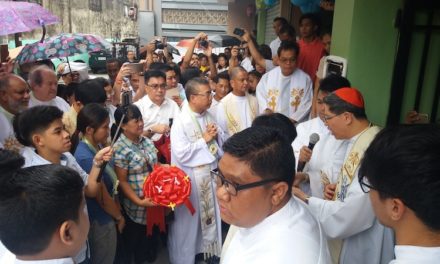 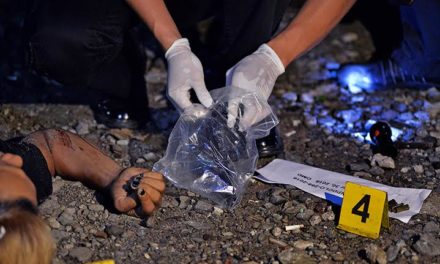