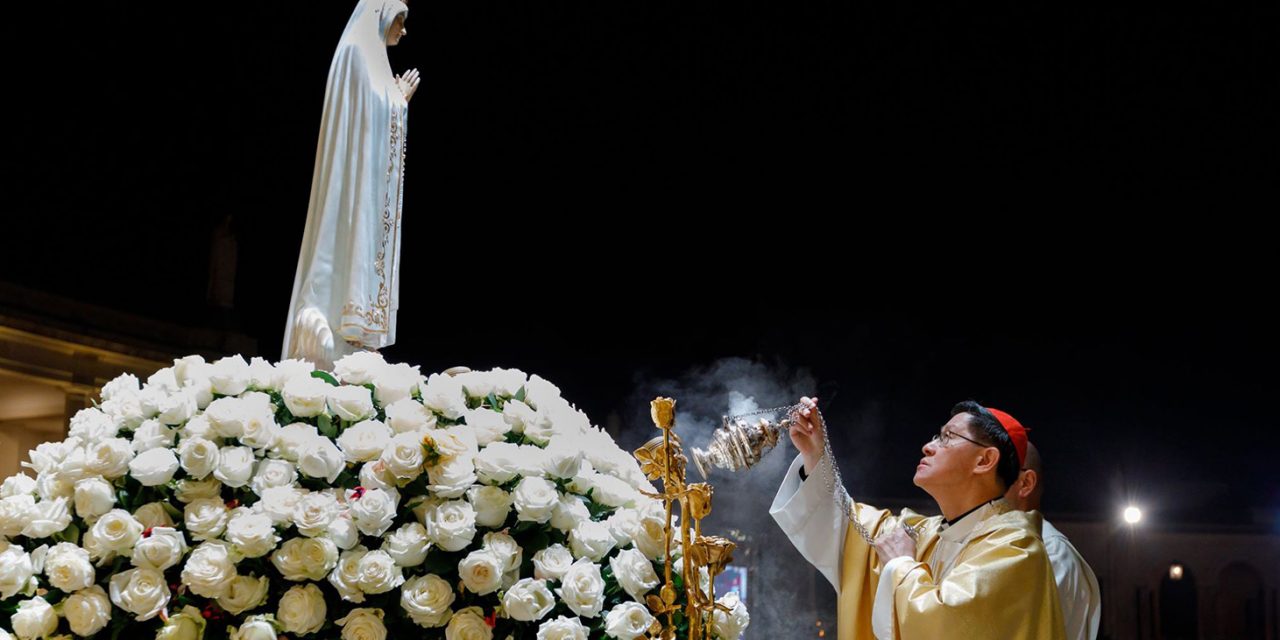 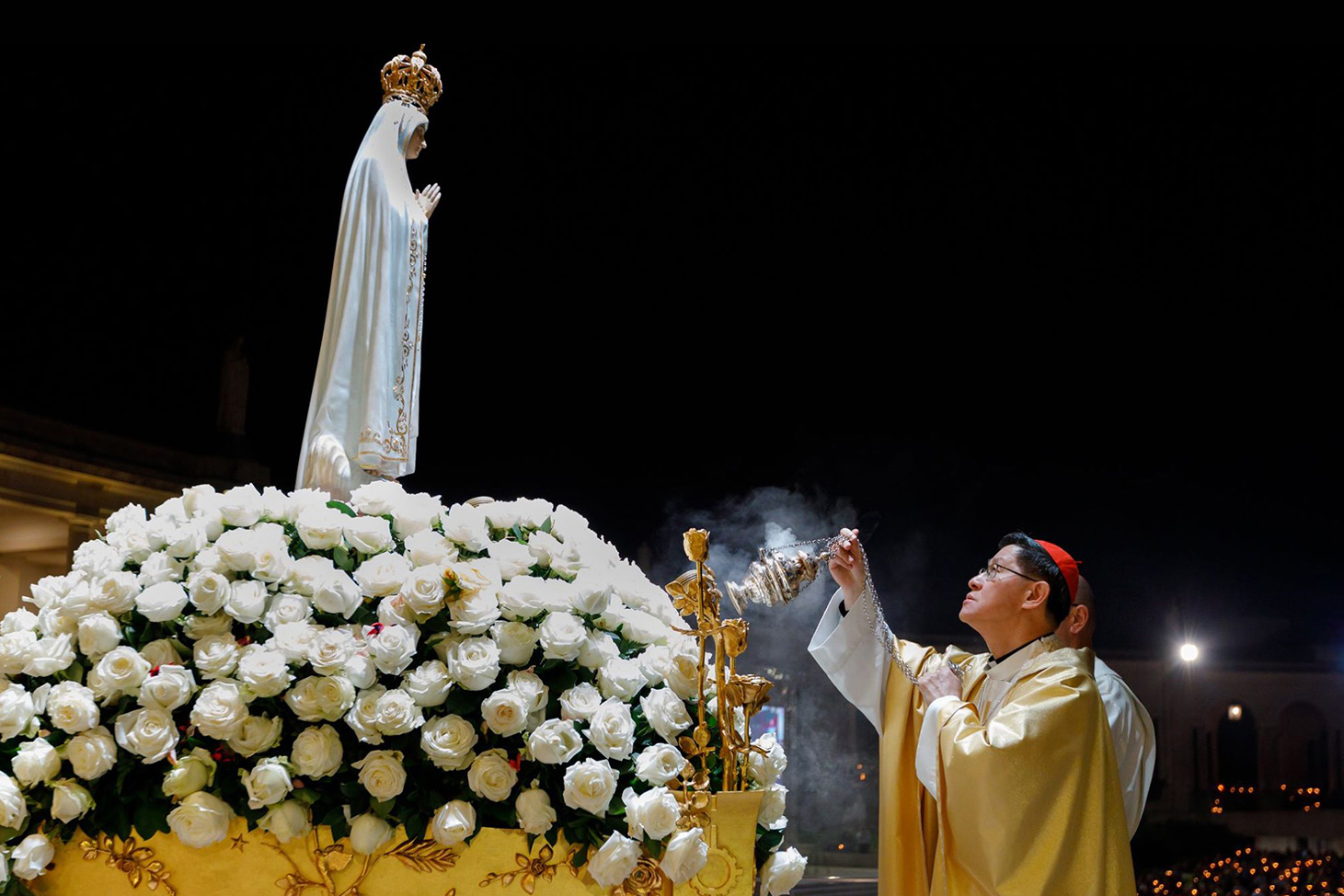 Cardinal Luis Antonio Tagle blesses a statue of Our Lady of Fatima during a prayer vigil to mark her feast at the Shrine of Fatima in Portugal on May 13, 2019. COURTESY OF THE SHRINE OF OUR LADY OF FATIMA VIA RCAM

The Philippines, through its archdioceses and dioceses, will be consecrated to the care of the Blessed Mother amid the coronavirus pandemic.

The bishops are expected to lead the consecration to the Immaculate Heart of Mary in their respective cathedrals on May 13, the feast of Our Lady of Fatima.

The National Shrine of Our Lady of Fatima in Valenzuela City has earlier invited the bishops to celebrate the feast “in a special way”.

“I think this is a wonderful initiative,” Archbishop Romulo Valles, president of the episcopal conference, stated in his letter to the dioceses on April 27.

This consecration reaffirms the bishops’ previous consecrations of the Philippines to Mary. In 2013, during the Year of Faith, the CBCP also consecrated the country to the Immaculate Heart of Mary.

In Manila, Bishop Broderick Pabillo will lead the prayer of consecration at the cathedral on May 13, which is also the 103rd anniversary of the apparition of Our Lady of Fatima.

The prayer, he said, will also be joined by the mayors of the five cities covering the archdiocese: Manila, Mandaluyong, Pasay, Makati and San Juan.

“It will be beautiful when all the people God, led by their civil and religious leaders, put themselves under the protection of the Blessed Virgin,” Pabillo said.

The archdiocese, starting next month, will also hold a series of catechetical instructions online on the meaning and implication of such consecration.

From May 10, the archdiocese will start a “triduum” of daily penance and rosary which will culminate on the common act of consecration on the May 13.

“We do this to implore the protection of the powerful intercession of our Blessed Mother in this difficult time, especially as we move to the transition to a new way of life after the quarantine,” Pabillo added.

“We need strength from above, and we have a powerful intercessor in Mama Mary to get that heavenly help,” he also said.

Pope Francis has earlier encouraged the faithful to pray the rosary during the whole month of May.

In a letter addressed to all Catholics and released by the Vatican April 25, he noted that it is a tradition to pray the rosary at home with family during May.

“Contemplating the face of Christ with the heart of Mary our Mother will make us even more united as a spiritual family and will help us overcome this time of trial,” the pope said. 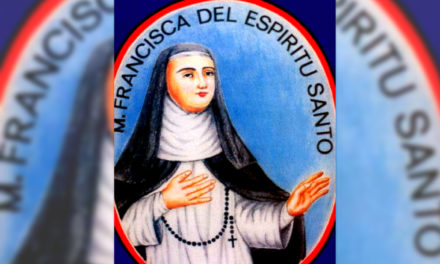 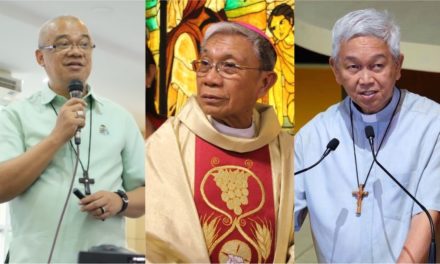 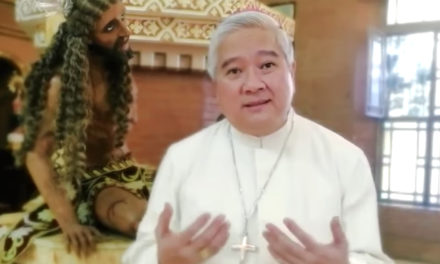 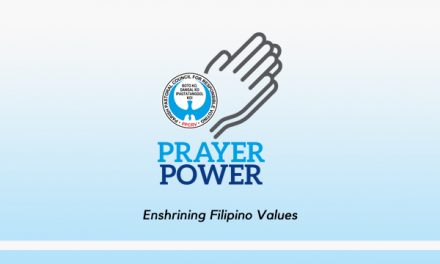