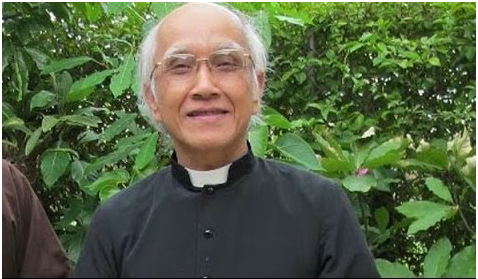 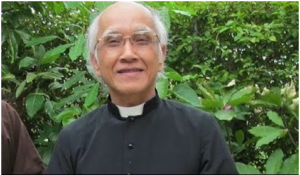 HANOI, Feb 3, 2017–Plainclothes police from Hue, in central Vietnam, yesterday detained a group of Catholic priests, who were attending a prayer service. Local priest Fr. Phan Van Loi, told Radio Free Asia (RFA) that local officers resumed monitoring his activities after the five-day Tet holiday, Vietnam’s annual New Year celebration which fell on Jan. 28-Feb. 1 this year.
“I asked them why they were blocking me from attending church services,” he said. “I asked if they were police. Of course, I knew they were police because I had previously seen them around my house.”

“We demanded that they show us their IDs, but one man said they were not policemen,” he said. “I told them that even if they wear plainclothes, they are still Thua Thien Hue province policemen.”

Loi said the police have tightened their watch over his house and monitored him closely for the last two months because he had spoken with people at the Thien An monastery in Hue, whose property has been subject to land grabs during the past few years.

Another reason was that he belongs to a group of three Catholic priests in Hue that the government deems to be dissidents, he said. The other two are Nguyen Van Ly and Nguyen Huu Giai.
Critical of the government

Loi is an outspoken critic of Vietnam’s communist government and its repression of civil society groups.

Ly, a prisoner of conscience who was arrested in 1977, 2001, and 2007 for various crimes against the state, served nearly two decades in prison. Authorities released him from jail last May ahead of a visit to the country by then President Barack Obama.

Giai has been a critic of the government’s harassment of certain religious groups.

Founded by French missionaries in June 1940, Thien An monastery is home to a community of priests, nuns, and seminarians who perform pastoral activities in three different churches.

In June 2016, police stopped Thien An priests from building a road leading to the monastery’s garden, prompting Antoine Nguyen Van Duc, the head of the monastery, to petition national and foreign officials in the country and at the American embassy in Hanoi, complaining about the illegal seizure of land and the disrespect authorities had shown to a cross.

Authorities claimed that the priests had erected the cross on government land, and said they had taken it down while the priests were praying. They also placed a pole on the monastery’s grounds to let people know that the land had been appropriated.

Local government officials planned to seize some of the monastery’s land and other land in the vicinity to build a leisure center and amusement park, the online news service AsiaNews reported at the time.

AsiaNews has frequently denounced the government claims on Thien An monastery. The local government members intend to seize part of the monastery grounds and other surrounding areas, to build a leisure center and an amusement park. In response, the Sisters of St. Paul of Hanoi have decided to hold round the clock vigils on the grounds to prevent its confiscation. (AsiaNews) 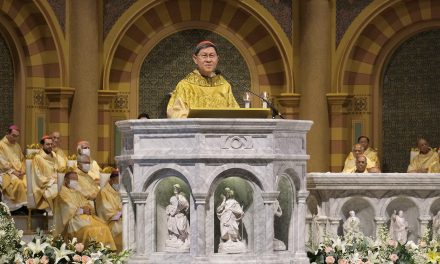 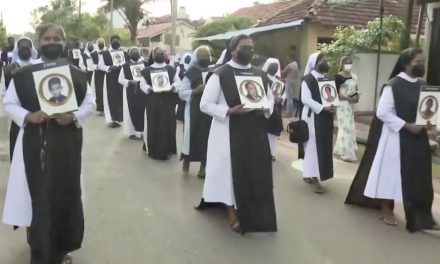