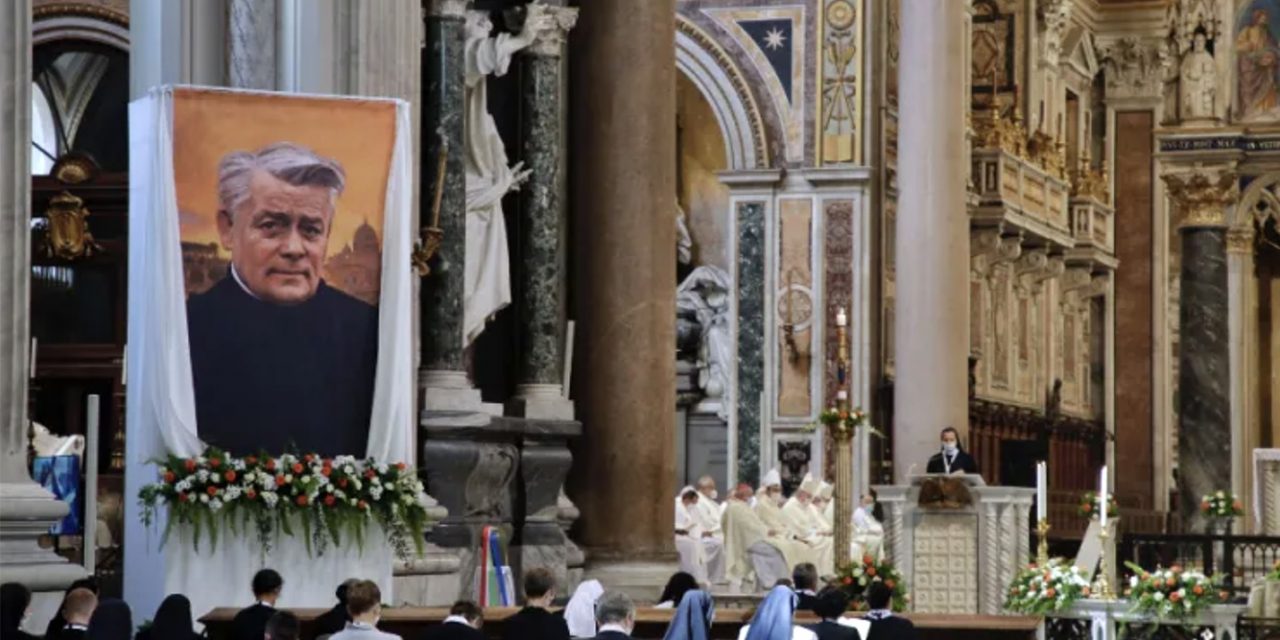 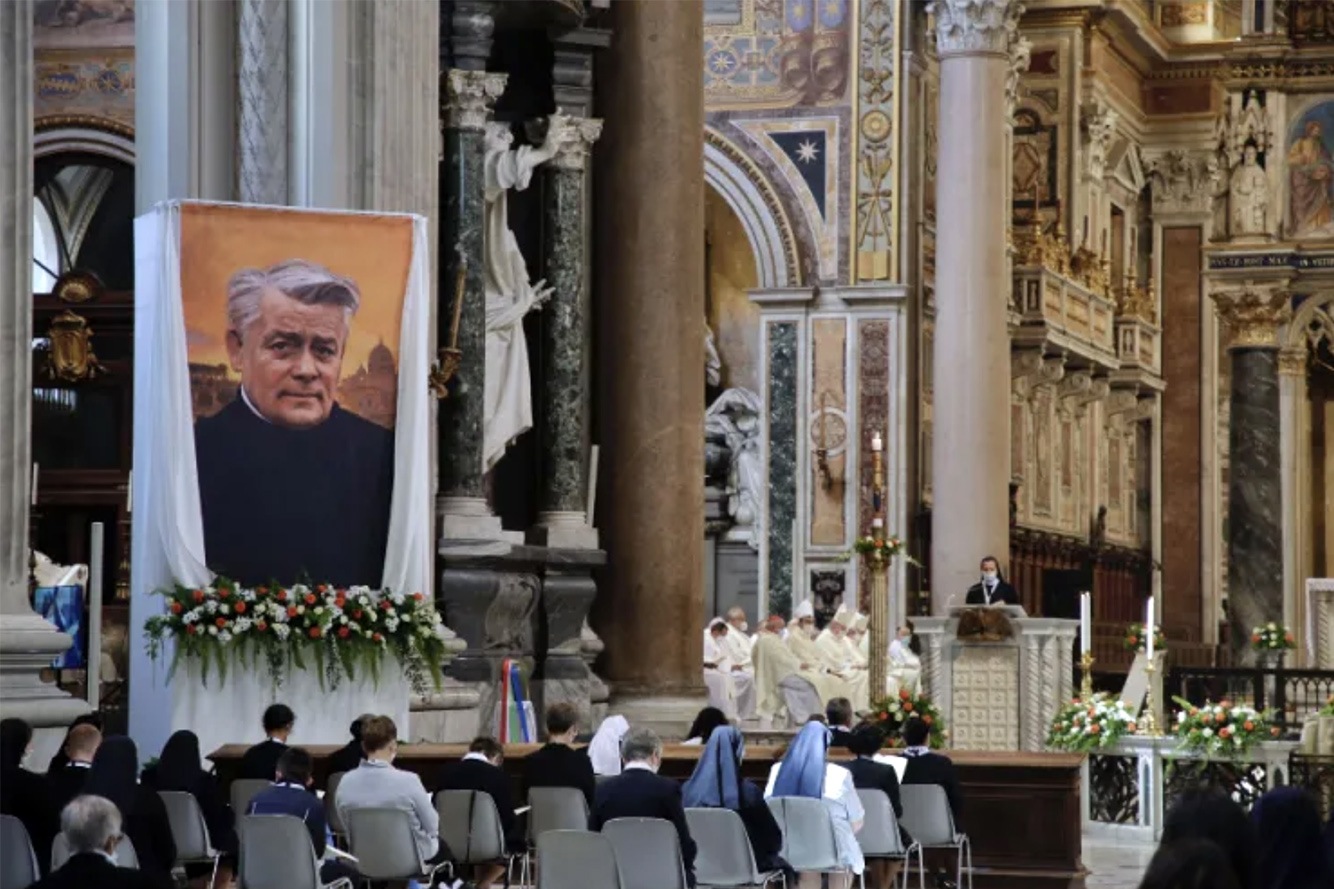 Francis Mary of the Cross Jordan is beatified at Rome’s Basilica of St. John Lateran, May 15, 2021. PABLO ESPARZA/CNA

VATICAN— A polyglot priest and founder of the Society of the Divine Savior was beatified at the Archbasilica of St. John Lateran in Rome on Saturday.

Pope Francis approved the beatification of Francis Mary of the Cross last summer, after recognizing a miracle through his intercession involving the unborn child of a couple in Brazil.

The couple, lay members of the Salvatorian family, asked for Francis Mary of the Cross’ intercession for the healthy birth of their child after she was diagnosed with a severe form of skeletal dysplasia during the 23rd week of pregnancy.

Months later, the baby girl was born completely healthy on Sept. 8, 2014, the anniversary of Bl. Francis Mary of the Cross’ death. Now six years old, she attended the beatification Mass with her family in Rome.

Bl. Francis Mary of the Cross Jordan was born to a poor family in a German village in 1848. His father died when he was 15, and though he felt called to the priesthood from a young age, he was forced to work for a time as an itinerant laborer and painter to support his family.

As he traveled around Germany for work, he witnessed the effects of the anti-Catholic Kulturkampf, a conflict between the government of the Kingdom of Prussia and the Catholic Church. This motivated him to start his priestly studies.

Though he struggled with the sciences, he quickly showed an aptitude for foreign languages, even presenting one essay for his graduation examination in eight European languages, and another essay in four other languages.

He was ordained a priest for the Archdiocese of Freiburg in 1878 and shortly afterward sent to Rome by his bishop to study Syrian, Armenian, Coptic, Arabic, Hebrew, and Greek.

In Rome, he began to feel a call to start an apostolic movement uniting priests and laity. While visiting the Holy Land and Lebanon in 1880, the call to do so grew even stronger.

Back in Rome, Francis Mary of the Cross founded the Catholic Teaching Society. Later, Baroness Maria Therese von Wüllenweber joined the society as its first female member, taking religious vows together with two other women. She was beatified in 1968.

The Catholic Teaching Society continued to spread across Europe, and then to the region of Assam in India.

With the outbreak of World War I, Bl. Francis Mary of the Cross moved the administration of the society from Rome to Tafers, Switzerland, where he died on Sept. 8, 1918, at the age of 70.

Today the Salvatorian Family has 3,100 members in 45 countries on six continents. Its mission is to make Jesus known and loved through all ways and all means.

In his homily at the priest’s beatification Mass May 15, Cardinal De Donatis said: “Bl. Francis of the Cross fully understood the evangelizing power of this apostolic communion, of the harmony between the people who proclaim the Gospel.”

“Our diocesan community of Rome, which since the time of the Apostles is the cradle of many figures of holiness, today is again in celebration, because a new star comes to illuminate the sky and is added to the ranks of the blessed,” the cardinal said.

“Francis of the Cross Jordan can be considered a full son of the Church of Rome,” he said, noting that Rome is where “he spent the years of his formation; here he received as a gift from the Spirit the founding charism that inspired him to establish the early Apostolic Society on Dec. 8, 1881, in Piazza Farnese. Here, in Via della Conciliazione, rest his mortal remains.”

“Today where it all began, in the city of Peter and Paul, where his endeavor took its first steps, he is beatified,” De Donatis said. “The Church recognizes that he was transfigured in the death and resurrection of Christ and now lives in Him among the blessed. Francis of the Cross lives in Christ!” 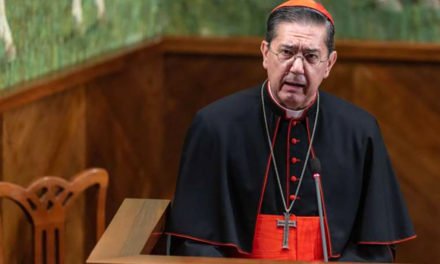 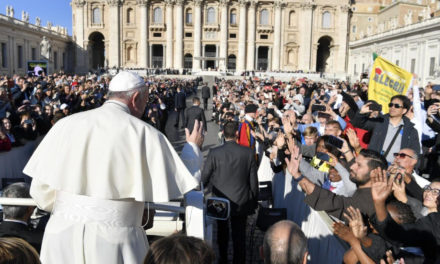 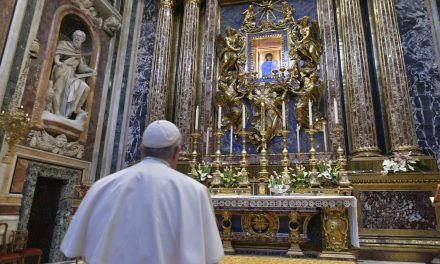