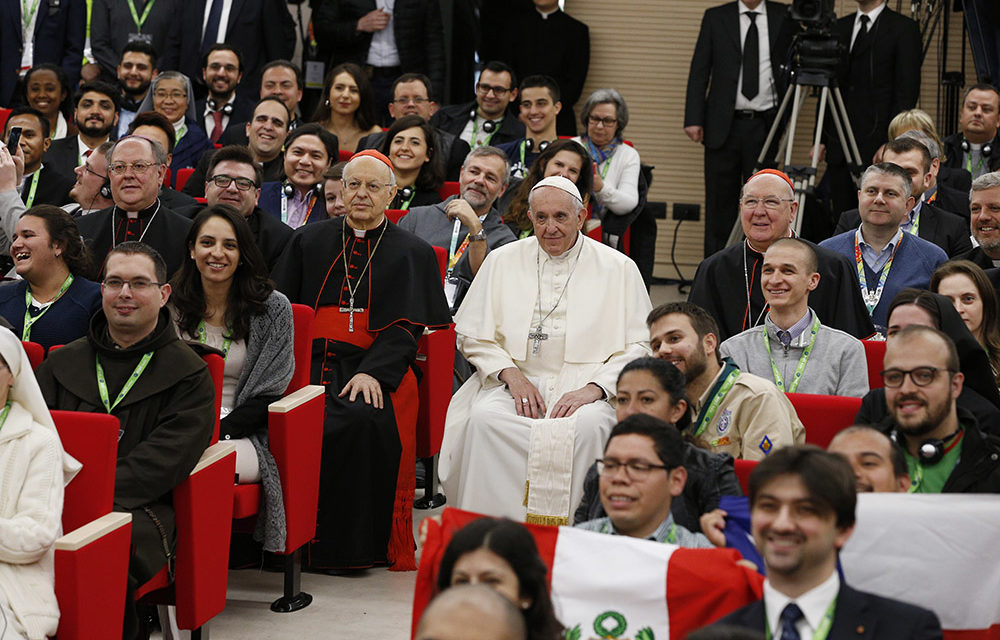 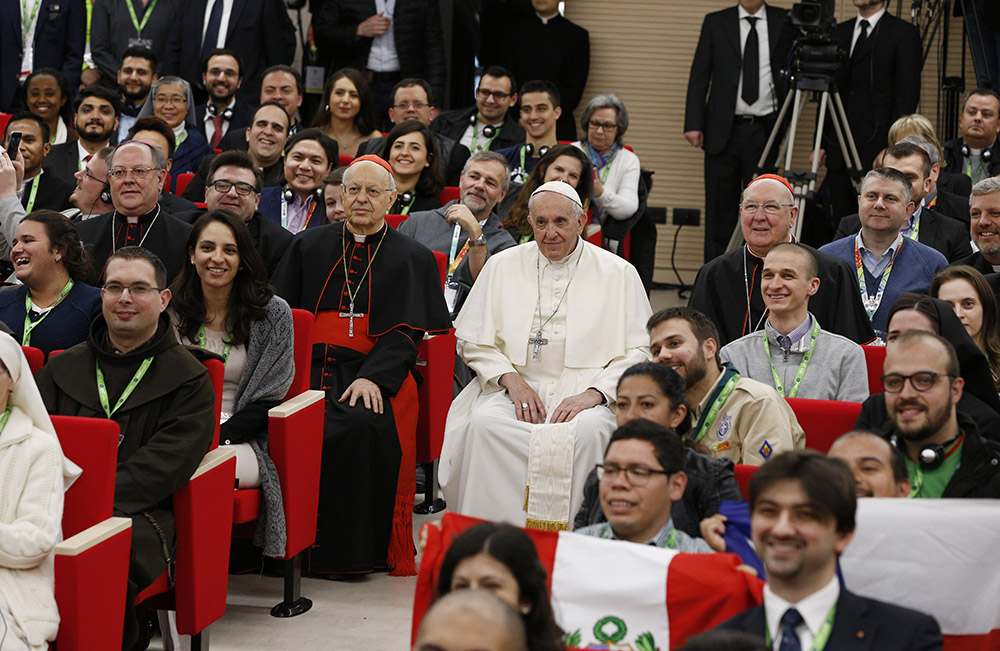 Pope Francis poses for a photo at a pre-synod gathering of youth delegates at the Pontifical International Maria Mater Ecclesiae College in Rome March 19. The meeting was in preparation for the Synod of Bishops on young people, the faith and vocational discernment this October at the Vatican. Seated next to the pope are Cardinal Lorenzo Baldisseri, secretary-general of the Synod of Bishops, and U.S. Cardinal Kevin J. Farrell, prefect of the Vatican’s Dicastery for Laity, Family and Life. PAUL HARING/CNS

The Catholic Church needs the enthusiasm, daring and hope of young people so that it can preach the Gospel energetically and respond to the questions men and women raise today, Pope Francis told some 300 young adults.

“We need to rediscover in the Lord the strength to get up after failure, to move forward, to strengthen hope for the future,” the pope said March 19, opening a weeklong meeting in preparation for October’s Synod of Bishops.

Most of the young people gathered with the pope at the Legionaries of Christ’s Maria Mater Ecclesia College in Rome were chosen as delegates by their national bishops’ conferences. Others represented a variety of Catholic movements or ministries, including religious life. But the Vatican also invited delegates from other Christian churches, other religions, including Islam, and young people who describe themselves as nonbelievers.

Pope Francis told the young people that they are the ones who can help the church fight “the logic of ‘it’s always been done this way,'” which he described as “a poison, a sweet poison that tranquilizes the heart and leaves you anesthetized so you can’t walk.”

The church and its members must continue to go out, continue asking what God is calling them to and continue finding new ways to respond, the pope said.

Of course, he said, everyone must “keep an eye on the roots” of the church and preserve its essential teachings, but they also must find creative ways to share those teachings and reflect on how the Gospel responds to people’s questions today.

Spending the morning with the young people, Pope Francis heard directly from 10 of them, who represented every region of the world. Some lamented the amount of time their peers spend on social media, while others spoke of how technology helps connect young people and rally them in support of good causes. Some talked of a need for better catechesis and support in fighting the “culture of relativism,” while others asked for an open and honest discussion of the church’s teaching on sexuality and on the role of women in the church.

And one, a seminarian from Ukraine, asked about tattoos.

Yulian Vendzilovych, a seminarian at Holy Spirit Seminary in Lviv, asked the pope how a young priest is to judge which parts of modern culture are good and which are not. He used the example of tattoos, which many young people believe “express true beauty,” he said.

“Don’t be afraid of tattoos,” the pope responded, noting that for centuries Eritrean Christians and others have gotten tattoos of the cross.

“Of course, there can be exaggerations,” the pope said. But a tattoo “is a sign of belonging,” and asking a young person about his or her tattoos can be a great place to begin a dialogue about priorities, values, belonging, “and then you can approach the culture of the young.”

A young man from France, Maxime Rassion, told the pope he has not been baptized, but he has questions about the meaning of his life and his relationship to the world and to God, if God exists. He said he is not sure if he wants to approach the Catholic Church for help because it is so big and he doesn’t want to give up his freedom. But he asked the pope where he should start.

“You have already begun,” the pope told him. “The danger is not allowing the question to come up.”

Young people must have “the courage to tell themselves the naked truth” about their hopes and weaknesses, the pope said, and then they must find a wise person — someone patient, “who won’t be frightened by anything” — with whom they can talk through their questions.

Blessing Okodion, a young Nigerian rescued from forced prostitution in Italy, asked the pope what could be done to increase awareness of human trafficking and whether the church, which is “still too chauvinistic,” really is capable of helping young women and men relate to each other as equals.

Noting that the vast majority of Italians are Catholic, Pope Francis said one must assume that about 90 percent of the men who use prostitutes in Italy are baptized.

“Prostitution is a serious problem,” the pope told the young people. It stems from a widespread mentality that says, “women are to be exploited,” he said, and he asked young people to “battle against this.”

“One who goes to a prostitute is a criminal, a criminal,” Pope Francis said. “This is not making love. This is torturing a woman. Let’s not confuse the terms. This is criminal.”

Like many of the speakers, Angela Markas, a Chaldean Catholic and a delegate from Australia, spoke to Pope Francis and her peers about young people’s questions regarding their identity.

As the Australia-born daughter of two Iraqis, who lives in a multiethnic country and is connected by social media with people all over the world, Markas said it was difficult to know who to listen to and to know “which path should I take, given that I can virtually take any.”

“As youth, we are in need of guidance,” she said. But from talking to friends, family and young people she tutors, “I feel young people are less drawn to seek this guidance from someone associated with the church. There are many reasons, but a consistent one is that youth feel disconnected from the church.”

“Youth do not always feel they have a place in the church,” she said. “They need a place where they feel safe, welcomed and loved.”

But they also want the church to take them and their concerns seriously, Markas said. “There is a tendency in the church to avoid matters that are not so easy to talk about. This includes same-sex marriage, our sexuality, and also the role of women in the church.”

Nick Lopez, a campus minister at the University of Dallas and a delegate chosen by the U.S. Conference of Catholic Bishops, also addressed the opening session with the pope and focused on the youth and young-adult years as a time of transition: “moving, choosing, experimenting, failing, succeeding, fearing and hoping that that next steps we make are the steps that God is calling us to make.”

Many young people today, he said, have already decided that the church is not relevant to them. But they are still searching, and church members should go out to meet them and help them see that Christ is the answer to many of their questions, he added. 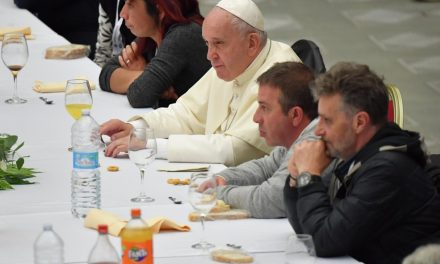 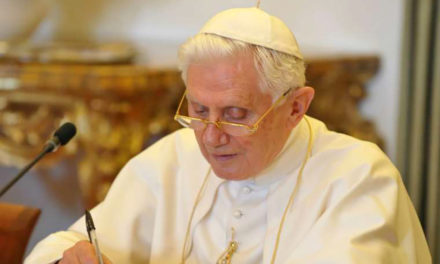 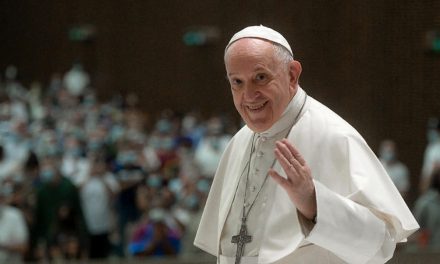 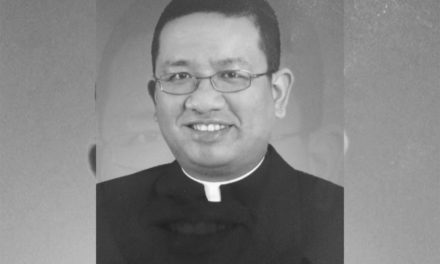