Pope calls catechists to be joyful, creative witnesses of Christ 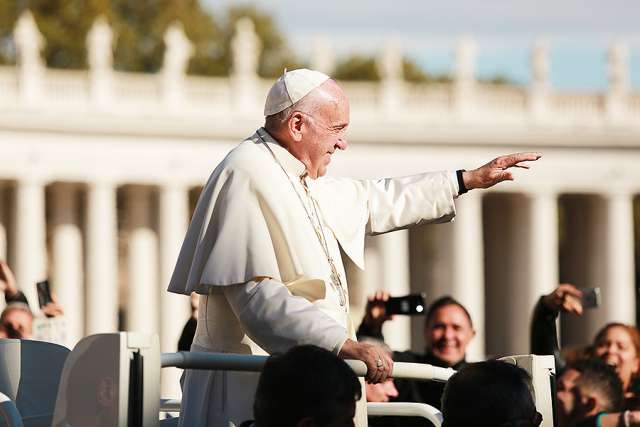 VATICAN— In a message sent to catechists from all over the world, Pope Francis stressed the need to not only make Christ the center of their lives, but to be creative and adaptable in finding ways to reach the people in their area.

“The catechist is creative; they search for different means and forms of announcing Christ,” the Pope said in his July 12 message.

Believing in Jesus is “beautiful,” he said, because Jesus is the way, truth and life “who fills our existence with joy and gladness.”

“This quest to make Jesus known as supreme beauty leads us to find new signs and ways of transmitting the faith,” he said, noting that while the means might be different, what’s important is to imitate “the style of Jesus, who adapted to the people he had before him in order to make them close to the love of God.”

To change and adapt oneself in order to make the message closer to the people is necessary, he said, but stressed that at the same time, the message being transmitted is “always the same, because God doesn’t change, but renews all things in him.”

Pope Francis said that in the quest of making Jesus known to the world, “we must not be afraid because he precedes us in this task. He is already in the man of today, and there awaits us.”

The Pope sent his message to participants in the First International Symposium on Catechesis, which is taking place July 11-14 in Buenos Aires.

The event is being offered through the Faculty of Theology of the Pontifical Catholic University of Argentina (UCA), and is organized by the Episcopal Commission for Catechesis and Biblical Pastoral Care.

Pope Francis opened his message, sent in Spanish, by referencing a quote from his namesake, St. Francis of Assisi.

He noted that at a certain point, when one of St. Francis’ followers asked to be taught how to preach, the saint responded by saying: “Brother, when we visit the sick, help children and give to the poor, we are already preaching.”

“In this beautiful lesson is enclosed the vocation and task of the catechist,” he said, explaining that catechesis is not simply a job or a task external to the person of the catechist.

Rather, “their whole life revolves around this mission,” he said, noting that to be a catechist is “a vocation of service in the Church, which is received as a gift on the part of the Lord and must in turn be transmitted.”

To do this, one must return to the first encounter with Christ that changed their life. This moment, Francis said, is “the fundamental announcement that must resonate again and again in the life of the Christian, and even more in the one who is called to announce and teach the faith.”

The Pope then pointed to the importance of respecting popular piety in the people, saying it’s important to “care for the potential of piety and love that popular religiosity holds so that they transmit not only the contents off the faith, but a true school of faith is created which cultivates the gift of the faith that has been received.”

A catechist is also someone who journeys both from and with Christ, he said. “They are not a person who starts from their own ideas and preferences, but who allows themselves to look to him, to this gaze that makes their heart burn.”

The more that Jesus is the center of our lives, the more he teaches us to go out of ourselves, Francis said, adding that we are then “decentralized” and able to be close to others.

“This dynamism of love is like the movement of the heart,” and Jesus himself gives us an example of how to live this when he retreats to pray, and then “immediately goes to the encounter of those who are hungry and thirsty for God in order to heal and save them.”

“From here arises the importance of the ‘mystagogical’ catechesis, which is the constant encounter with the Word and with the sacraments, and not something merely occasional prior to the celebration of the sacraments of Christian initiation,” he said.

Pope Francis closes his speech by thanking catechists for their work, “above all because you walk with the People of God,” and encouraged them “to be joyful messengers, guardians of the good and the beauty that shines forth in the faithful life of the missionary disciple.” 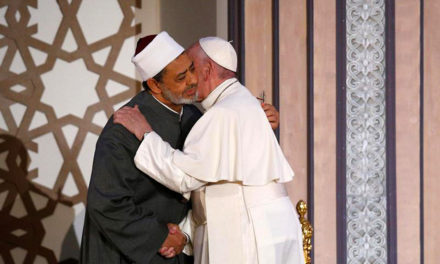 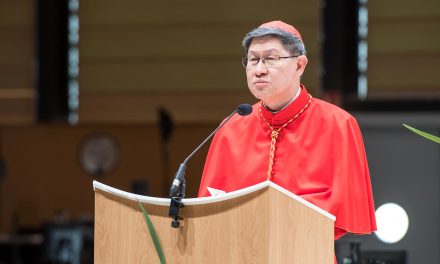 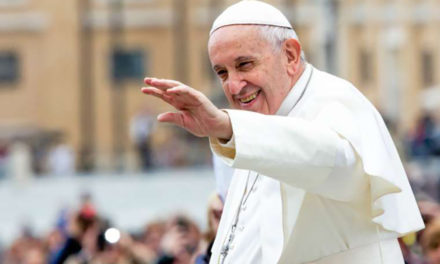 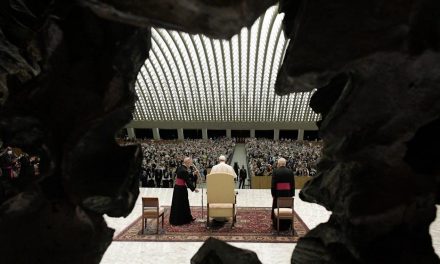 Pope Francis: Christian faith in Europe is being ‘diluted by consumerism’