Pope Francis smiles at the crowd as he enters the University of Sto. Tomas (UST) for his “Encounter with the Youth”, Jan. 18,2015. IRENE MARANAN

VATICAN— Pope Francis on Friday sent a message to an international congress on care for our common home in the context of large cities, reminding participants that caring for the environment ultimately means having responsibility for our fellow man.

“We see an indifference to our common home and, unfortunately, to so many tragedies and needs that hit our brothers and sisters. This passivity demonstrates the ‘loss of that sense of responsibility for our fellow-men on which all civil society is founded’ (‘Laudato Si’ 25).”

“Each territory and government should encourage responsible ways of acting in its citizens so that, with inventiveness, they can interact and favor the creation of a more habitable and healthier house,” the Pope said.

“Placing on each one the little that corresponds to him in his responsibility, much will be achieved.”

Pope Francis sent his letter, dated June 12, to participants in an international congress about his 2015 environmental encyclical “Laudato Si” and the challenges of those dwelling in large cities.

The July 13-15 congress, held in Rio de Janeiro, Brazil, was organized by the foundation “Antoni Gaudi for Great Cities” of Barcelona in collaboration with the Archdiocese of Rio de Janeiro.

In the message, Pope Francis pointed to references made in “Laudato Si” about the particular needs of people who live in large cities. These needs, he explained, need to be met with “three Rs:” respect, responsibility and relationship.

“Respect is the fundamental attitude that man must have with creation. We have received it as a precious gift and we must strive for future generations to continue to admire and enjoy it,” he said.

Moreover, we must teach the next generation to have this care and respect for creation as well.

In St. Francis of Assisi’s “ Canticle of the Creatures” the saint wrote: “Praised be my Lord, for the sister of water, which is very useful and humble and precious and chaste.”

“These adjectives,” the Pope explained, “express the beauty and importance of this element, which is indispensable for life.”

Just like other elements of our earth, clean and drinkable water points to God’s love of his creatures, he continued, and societies have an obligation to guarantee safe water for everyone, because when water is not given the respect and attention it requires, it becomes a source of disease and a danger to society.

“It is a duty of all to create in society an awareness of respect for our environment; this benefits us and future generations,” Francis said.

“We cannot sit idly by when we notice a serious decrease in air quality or an increase in the production of waste that is not properly treated. These realities are the result of an irresponsible way of manipulating creation and call us to exercise an active responsibility for the good of all.”

The Pope noted that in both rural areas and large cities there is a growing lack of relationship. You see this in cities especially, he said, where you have a busy flow of people in and out.

Regardless of the causes, this can help to create a more multicultural society, fostering wealth and social and personal growth. But it can also make the society more closed and suspicious of each other.

“The lack of roots and the isolation of some people are forms of poverty, which can degenerate into ghettos and lead to violence and injustice. Instead, man is called to love and to be loved, establishing bonds of belonging and bonds of unity among all his fellow men,” he urged.

A practical way to do this is through the formation of groups in schools or parishes – communities that help build communion, a sense of belonging, and a network of support.

“It is important for society to work together in a political, educational and religious context to create warmer human relationships, to break the walls that isolate and marginalize,” he concluded.

“Please, I ask you to pray for me; and I beg the Lord to bless you.” 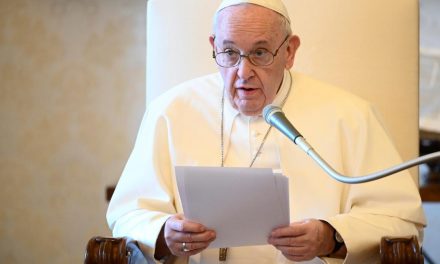 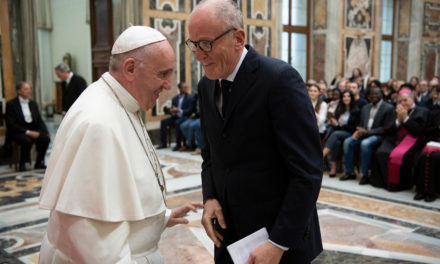 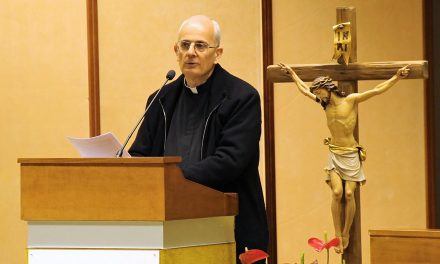 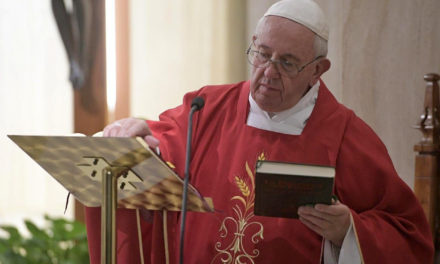