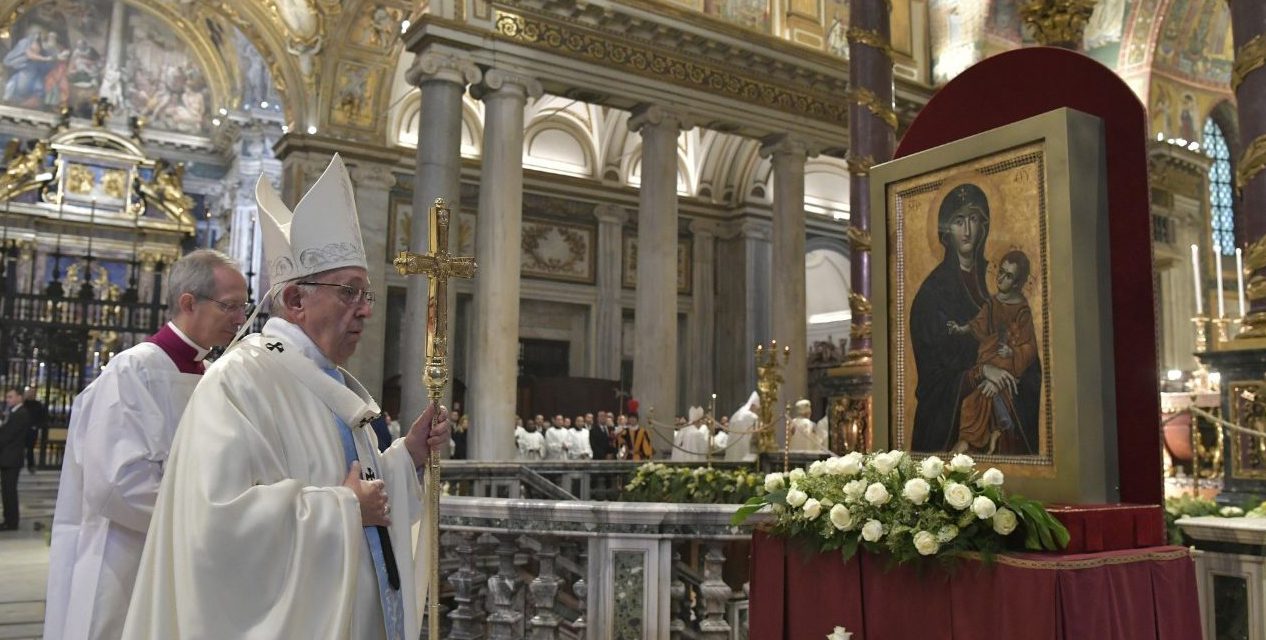 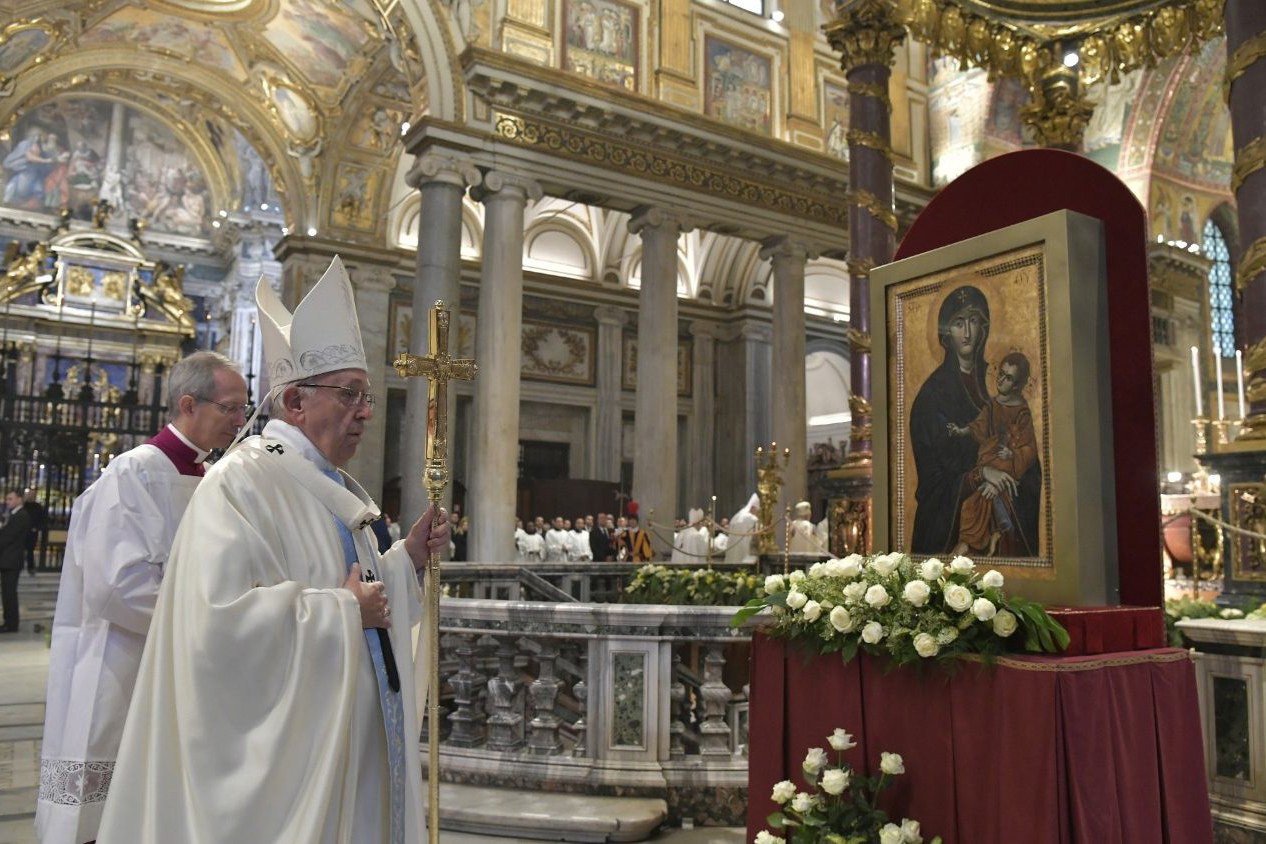 Pope Francis with an ancient icon of Mary in the Basilica of St. Mary Major on Jan. 28, 2018. VATICAN MEDIA

VATICAN— Pope Francis has approved the inclusion of three additional invocations in the Litany of the Blessed Virgin Mary, also called the Litany of Loreto.

In a June 20 letter to the presidents of bishops’ conferences, Cardinal Robert Sarah, prefect of the Congregation for the Divine Liturgy and the Discipline of the Sacraments, said the invocations “Mater misericordiae,” “Mater spei,” and “Solacium migrantium” should be inserted in the Marian litany.

“The titles and invocations which Christian piety has reserved for the Virgin Mary over the course of the centuries, as the privileged and sure way to an encounter with Christ, are innumerable,” Sarah wrote.

“Even in this present moment which is marked by feelings of uncertainty and trepidation, devout recourse to her, which is full of affection and trust, is deeply felt by the People of God,” the cardinal continued.

Sarah said Pope Francis welcomed people’s desire to include these invocations in the formulary of the litany.

The Litany of the Blessed Virgin Mary, also known as the Litany of Loreto, has been an approved prayer for the intercession of Mary by the Church since the late 16th century, with its usage recorded even prior.

It consists of the recitation of formal and informal titles of Mary, followed by the request to Mary to “pray for us.”

The litany can be prayed in Latin or the vernacular.

In his letter, Cardinal Sarah noted where each invocation should be added, using the Latin formulations. “Mater misericordiae,” which means, “Mother of mercy,” should be placed after “Mater Ecclesiae.”

“With every good wish and kind regard, we wish to entrust this notification to you for your information and application,” Sarah wrote to the bishops’ conferences. The letter is dated June 20, the day the Church celebrates the memorial of the Immaculate Heart of Mary.

Sarah said “the Church which walks along the pathways of history as a pilgrim towards the heavenly Jerusalem and enjoys inseparable communion with Christ her Spouse and Saviour, entrusts herself to her who believed in the word of the Lord.”

“We know from the Gospel that the disciples of Jesus had in fact learned from the very beginning to praise her as ‘blessed amongst women’ and to count on her maternal intercession,” he wrote. 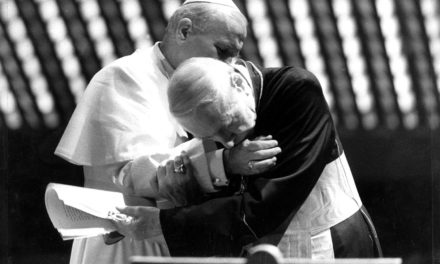 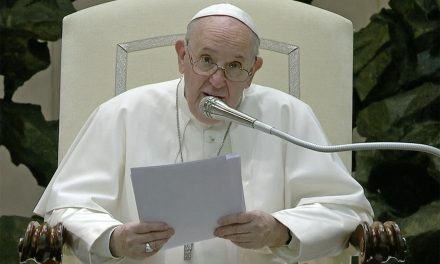 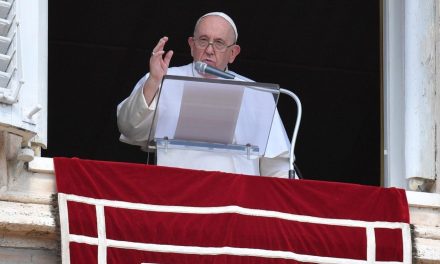 Pope Francis: Reach out to a friend who needs to hear that God loves them 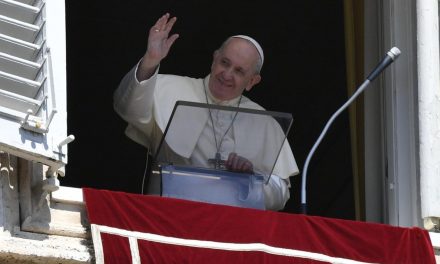