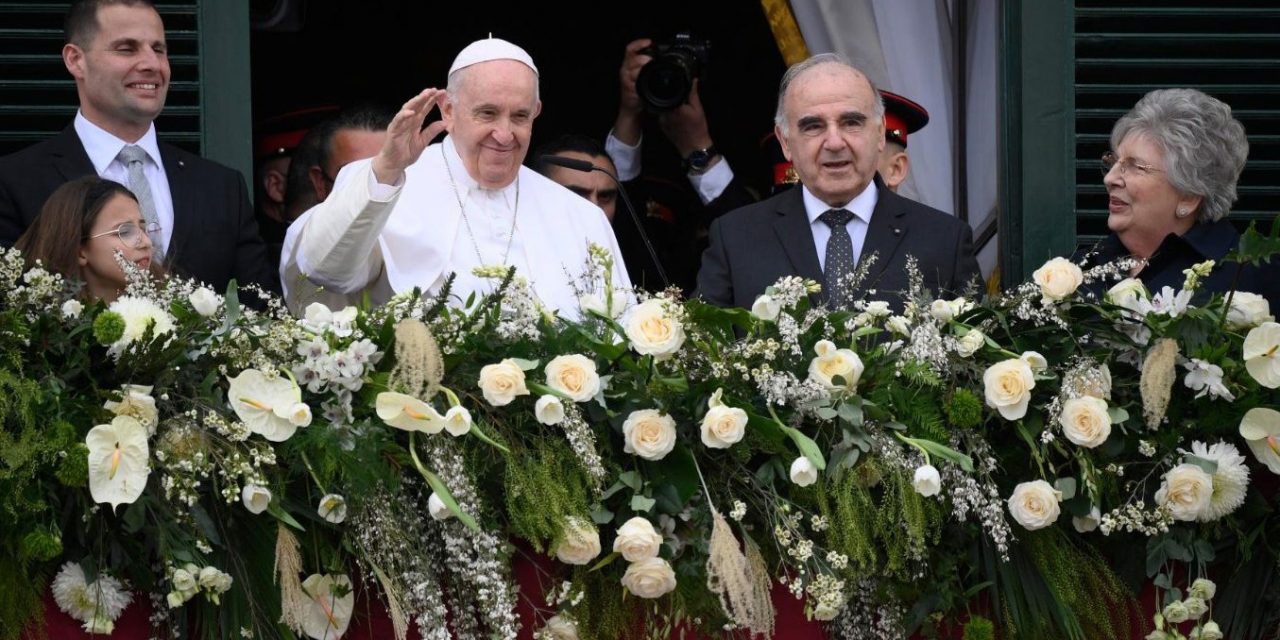 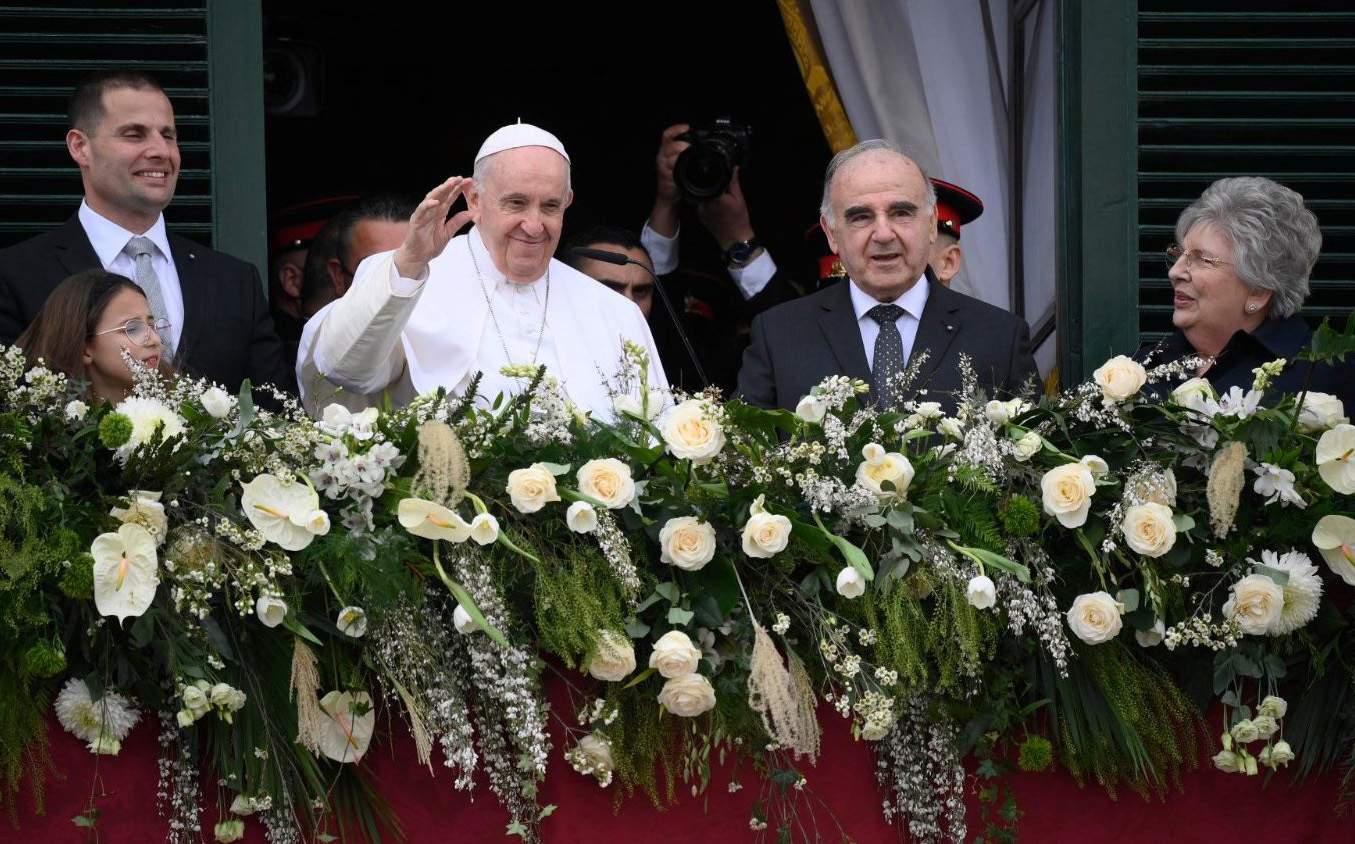 VALLETA, Malta— Upon his arrival in the Republic of Malta Saturday, Pope Francis urged local government authorities to protect life and appealed to the international community to work for peace in the midst of war, which he said has “swept down powerfully upon the lives of many people and affected us all.”

“Malta, which shines brilliantly in the heart of the Mediterranean, can serve as an inspiration to us, for it is urgent to restore beauty to the face of a humanity marred by war,” Pope Francis said in the Grand Master’s Palace in Valletta on April 2.

Embarking on his first international trip of 2022, the pope landed the Mediterranean island country at 9:50 a.m. for the start of a two-day trip that will take him across Malta’s archipelago of islands to a Marian shrine on the island of Gozo, a migrant reception center in Hal Far, and the spot where St. Paul is said to have spent three months in 60 AD.

A lively crowd of roughly 2,000 people waited for hours dancing and singing outside of the government building ahead of the pope’s private meeting with their authorities.

Pope Francis was welcomed by President George Vella and recently reelected Prime Minister Robert Abela at the Grand Master’s Palace in the capital city of Valletta shortly after his arrival.

In his speech to the civil authorities, the pope alluded to the war in Ukraine, calling for “human moderation before the infantile and destructive aggression that threatens us, before the risk of an enlarged Cold War that can stifle the life of entire peoples and generations.”

“This childishness, sadly, has not disappeared. It has reemerged powerfully in the seductions of autocracy, new forms of imperialism, widespread aggressiveness, and the inability to build bridges and start from the poorest in our midst,” he said.

“Once again, some potentate, sadly caught up in anachronistic claims of nationalist interests, is provoking and fomenting conflicts, whereas ordinary people sense the need to build a future that will either be shared, or not be at all,” he said.

“Now in the night of the war that is fallen upon humanity, please let us not allow the dream of peace to fade.”

The pope also urged Maltese people to continue to “defend life from its beginning to its natural end.” Malta is the only remaining European Union member state to fully prohibit abortion.

“I am aware of the commitment of the Maltese people to embracing and protecting life. Already in the Acts of the Apostles, the people of this island were known for saving many lives. I encourage you to continue to defend life from its beginning to its natural end, but also to protect it at every moment from being cast aside and deprived of care and concern,” he said.

“I think especially of the rightful dignity of workers, the elderly and sick. And of those young people who risk squandering all the good have within them by following mirages that leave only emptiness in their wake. These are the fruits of radical consumerism, indifference to the needs of others, and the scourge of drugs, which suppresses freedom and creates dependence. Let us protect the beauty of life!”

More than 85% of Malta’s population of 478,000 are baptized Catholics, yet the country has faced a steady decline in Mass attendance for decades.

Malta has also experienced significant social and political changes in the past decade. Malta’s government legalized no-fault divorce in 2011, same-sex marriage in 2017, and embryo freezing in 2018.

The recently reelected Labour government has also pledged to start a national discussion on the potential legalization of euthanasia.

Pope Francis also appealed to Maltese authorities to safeguard the dignity of migrants who arrive on the island’s shores.

“Today, when those who cross the Mediterranean in search of salvation are met with fear and the narrative of ‘invasion,’ and safeguarding one’s own security at any price seems to be the primary goal, let us help one another not to view the migrant as a threat and not to yield to the temptation of raising drawbridges and erecting walls,” the pope said.

“Other people are not a virus from which we need to be protected, but persons to be accepted,” he added.

Pope Francis has taken a line from the Book of Acts for the theme of this weekend’s trip: “They showed us unusual kindness” (Acts 28:2).

According to the U.N. Refugee Agency, in recent years the refugee population arriving in Malta has been composed mostly of Libyan, Syrian, and Somali refugees. More than 800 migrants arrived in Malta by sea in 2021, a significant decrease from 2019 when 3,406 migrants arrived on Malta’s shores.

Unaccompanied children accounted for 24% of migrants arriving in Malta in 2020. These children mostly originated from Sudan, Somalia, Bangladesh, and Eritrea.

Many migrants arriving in Malta are seeking to get to other countries in mainland Europe.

In his speech, the pope also appealed for countries to assist Ukrainian refugees fleeing the war.

Pope Francis said: “The growing migration emergency — here we can think of the refugees from war-torn Ukraine — calls for a broad-based and shared response. Some countries cannot respond to the entire problem, while others remain indifferent onlookers.”

He continued: “Civilized countries cannot approve for their own interest sordid agreements with criminals who enslave other human beings … The Mediterranean needs co-responsibility on the part of Europe, in order to become a new theatre of solidarity and not the harbinger of a tragic shipwreck of civilization.”

Before leaving for the airport Saturday morning, Pope Francis greeted a group of Ukrainian refugees at the Vatican.

When a journalist on the papal plane asked Pope Francis if he is considering the invitation to travel to Kyiv, the pope responded: “Yes, it’s on the table,” according to NBC News correspondent, Claudio Lavanga.

At roughly one-tenth the size of the U.S. state of Rhode Island, Malta is the smallest EU country by both geographical size and population. It is also one of the most densely populated countries in the world.

The papal trip is expected to highlight Malta’s Catholic heritage, its connection to St. Paul the Apostle, and its role in receiving migrants to Europe.

Following his meeting with government leaders at the Grand Palace of the Knights of Malta, Pope Francis is scheduled to travel by catamaran between Malta and Gozo, the two largest islands in the archipelago.

This is not the first time that a pope has traveled on a catamaran. John Paul II was transported by catamaran during his 1990 visit to Malta, inspiring the name for the largest high-speed catamaran in the Mediterranean Sea.

“Thanks to its geographical position, Malta can be called the heart of the Mediterranean,” Pope Francis said.

“Not only by its geography: for thousands of years, the interplay of historical events and the encounter of different peoples has made this island a center of vitality and of culture, spirituality and beauty, a crossroads that has received and harmonized influences from many parts of the world.” 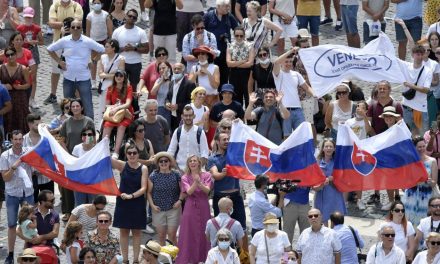 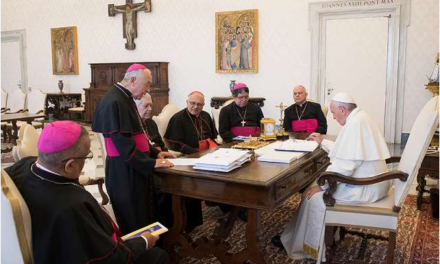 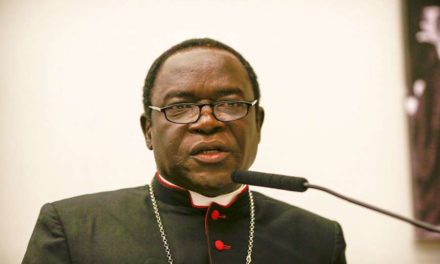 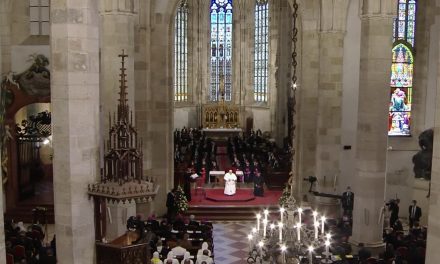 Pope Francis: We need ‘creativity of the Gospel,’ not ‘a defensive Catholicism’