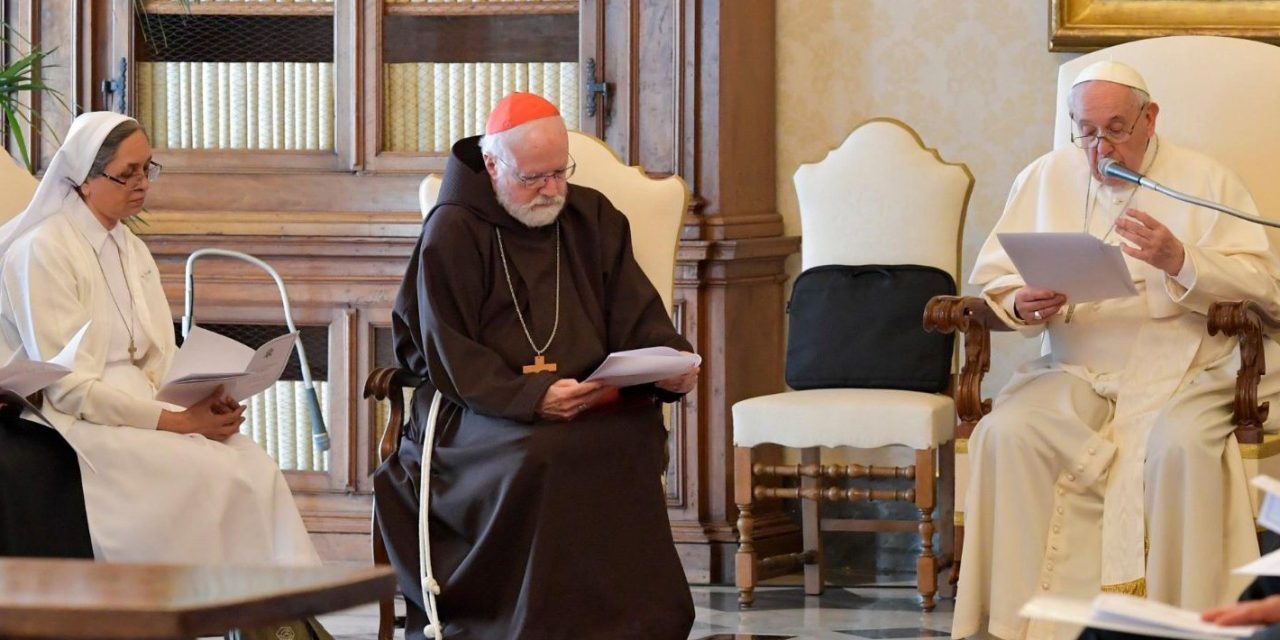 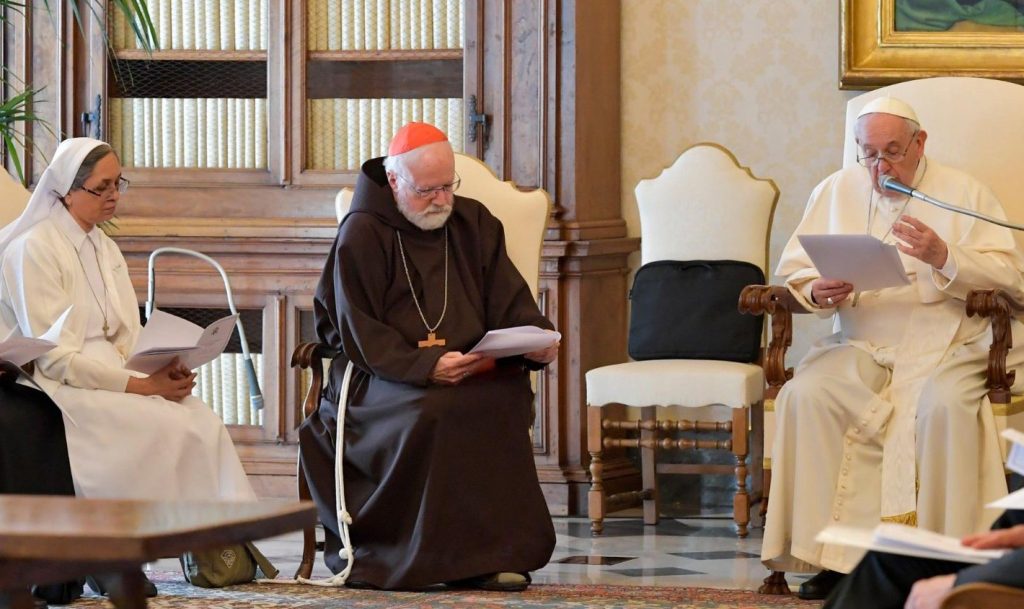 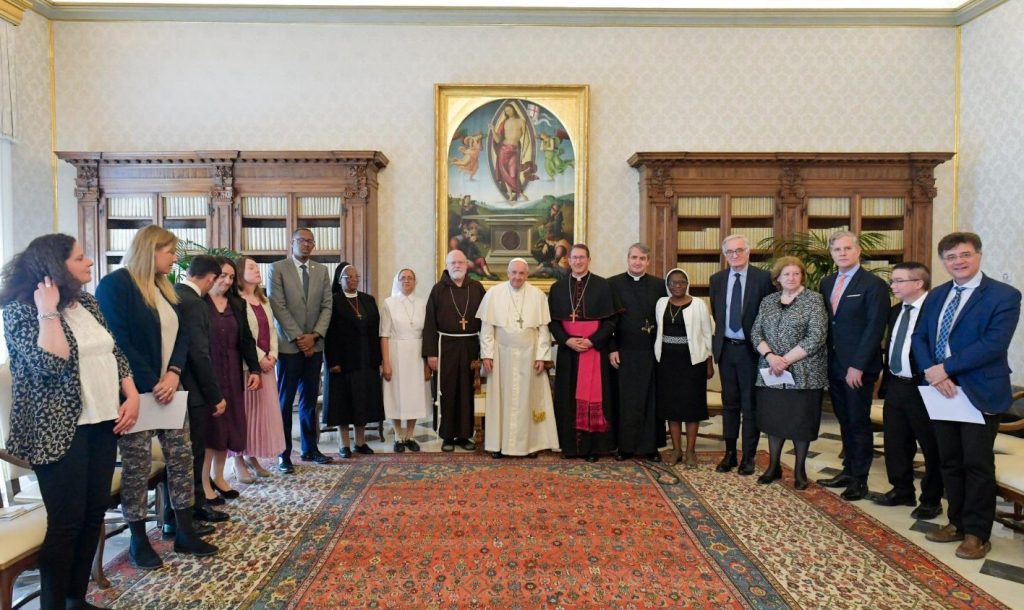 Pope Francis meets members of the Pontifical Commission for the Protection of Minors at the Vatican, April 29, 2022. VATICAN MEDIA

VATICAN— Pope Francis has asked the Pontifical Commission for the Protection of Minors to produce an annual report on what the Catholic Church is doing around the world to prevent the abuse of minors and vulnerable adults.

In an audience at the Vatican on April 29, the pope called on the commission to produce the annual audit to promote “transparency and accountability.”

“This might be difficult at the beginning, but I ask you to begin where necessary, in order to furnish a reliable account on what is presently being done and what needs to change, so that the competent authorities can act,” he said.

“This report will be a factor of transparency and accountability and – I hope – will provide a clear audit of our progress in this effort. Without that progress, the faithful will continue to lose trust in their pastors, and preaching and witnessing to the Gospel will become increasingly difficult.”

Father Andrew Small, the secretary of the commission, responded positively to the pope’s request for the report at a press conference following the papal audience.

“Verifiable data has to be at the heart of rebuilding trust,” Small said.

“The idea of a report has been clearly working in the financial sector. Doing this in the safeguarding sector seems to be the only way to rebuild trust.”

The commission’s report will not deal with specific cases, but will provide details on the status of safeguarding policies and procedures, according to Small. This will include how effectively guidelines are being implemented.

“The Holy Father is aware … that unless you are reporting on this, it’s very hard to know what’s been achieved, so he asked the commission to present an annual report on the status of safeguarding policies and procedures,” Small said.

“He wants a report on this and he said, ‘I want to see where things aren’t going well, so that they can be improved.'”

While noting that it will be ultimately up to the pope to decide whether the annual reports will be made public, the English priest said: “I can’t imagine a world in which the report would not be published.”

“The whole structure and tenor of the conversation was that there’ll be some public reckoning because he linked the report to the struggle to rebuild trust with the faithful. And he said if we’re not showing a record of trust, it’s going to be very difficult for us to do our primary work, which is to preach the Gospel.”

Under the new Vatican constitution, the Pontifical Commission for the Protection of Minors, created by Pope Francis in 2014, will be “established within the dicastery” currently known as the Congregation for the Doctrine of the Faith.

“Its task is to provide the Roman Pontiff with advice and counsel, and to propose the most appropriate initiatives for the protection of minors and vulnerable persons,” according to the apostolic constitution Praedicate evangelium (“Preach the Gospel”), which goes into effect in June.

In his speech to the commission, Pope Francis underlined that “abuse in any form is unacceptable.”

“The path to healing is a long and difficult one; it requires firm hope, hope in Christ who went to the Cross and even beyond the Cross,” he said.

“The risen Jesus bears, and will always bear, the marks of his Crucifixion on his glorified body. Those wounds tell us that God saves us not by passing over our sufferings but by passing through those sufferings, transforming them by the power of his love.”

“The healing power of the Holy Spirit does not disappoint; God’s promise of new life does not fail. We need but have faith in the risen Jesus and repose our lives in the wounds of his risen body.”

The pope urged the commission to assist bishops’ conferences in establishing centers where people who have experienced abuse can find “acceptance and an attentive hearing, and be accompanied in a process of healing and justice, as indicated in the motu proprio Vos estis lux mundi.”

Vos estis lux mundi (“You are the light of the world”) was issued by the pope following the Vatican’s abuse summit in 2019 after the Theodore McCarrick scandal became public.

After the audience, Cardinal Seán O’Malley, the president of the commission for the protection of minors, said: “The Holy Father wants us to ensure that survivors receive a welcome and an open door when they appeal to the local church in their country.”

“Outreach to survivors needs to be a priority for every part of the church. We will be working on establishing survivor support services at the level of each national church according to the instructions found in Vos estis lux mundi.”

Juan Carlos Cruz, a survivor of clerical sexual abuse in Chile and a member of the pontifical commission, said he believed that the annual report was a good development because it would not only be a report on the bishops’ conferences around the world but also on the different dicasteries of the Roman Curia.

“So this mandate that we now have in this annual report … I think it’s something that is encouraging,” Cruz said.

“I thank the Holy Father for that because … I’ve heard people in the Curia, with all due respect, say, ‘Isn’t it enough? Haven’t we done enough already? Poor priests. Poor bishops.’ No.”

“We’re going to follow up till the bitter end,” he said. 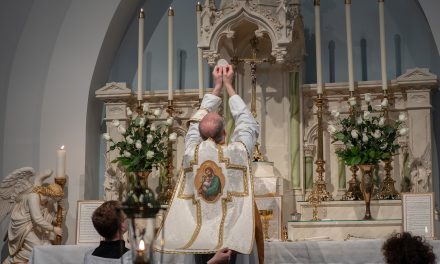 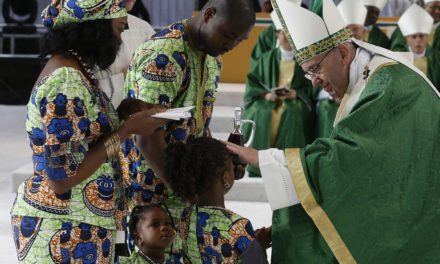 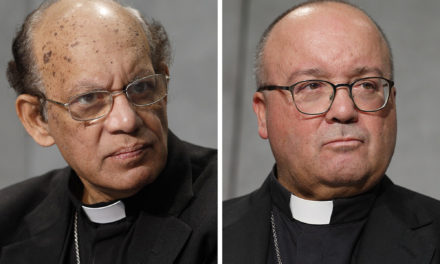 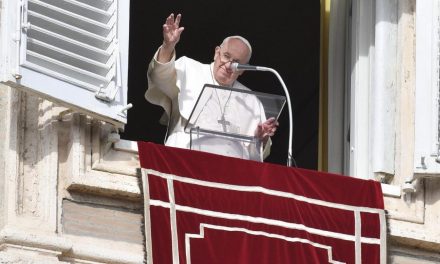