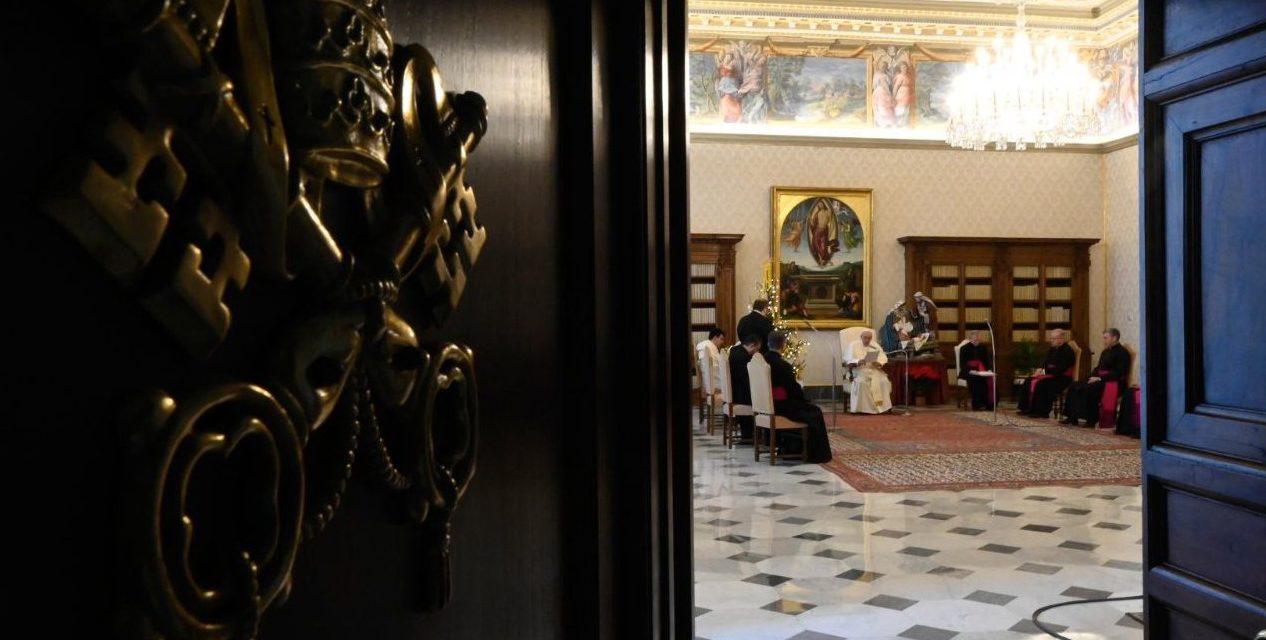 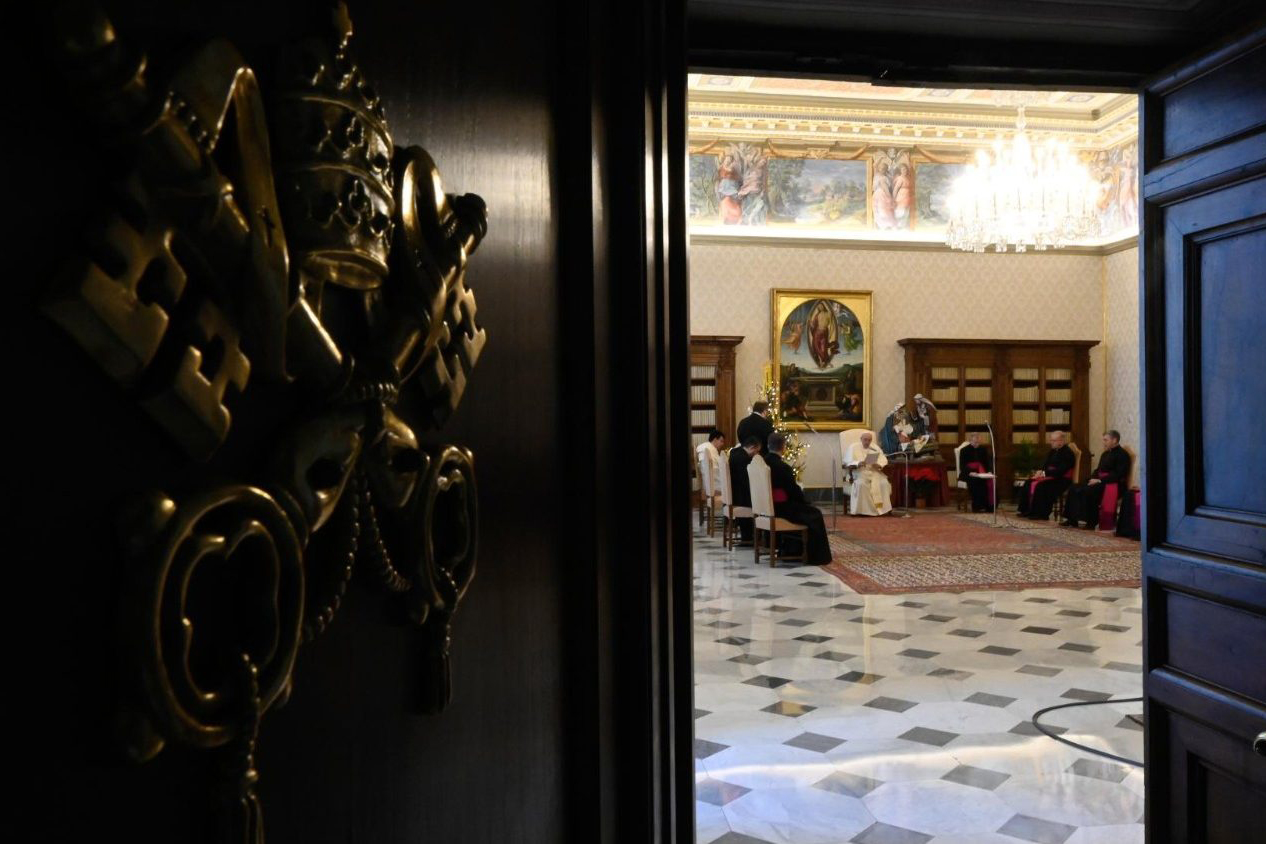 Pope Francis speaks during a general audience in the library of the Apostolic Palace on December 30, 2020. VATICAN MEDIA

VATICAN— Catholics can change the world by being “bearers of gratitude,” Pope Francis said at the general audience Wednesday.

In his address Dec. 30, the pope said that thanksgiving was a hallmark of an authentic Christian life.

He said: “Above all, let us not forget to thank: if we are bearers of gratitude, the world itself will become better, even if only a little bit, but that is enough to transmit a bit of hope.”

“The world needs hope. And with gratitude, with this habit of saying thank you, we transmit a bit of hope. Everything is united and everything is connected, and everyone needs to do his or her part wherever we are.”

The pope gave his final general audience address of 2020 in the library of the apostolic palace, where the weekly event has been held since October because of rising coronavirus cases in Italy.

Pope Francis continued his cycle of catechesis on prayer, which he began in May and resumed in October following nine addresses on healing the world amid the pandemic.

He dedicated Wednesday’s audience to the prayer of thanksgiving, which the Catechism of the Catholic Church recognizes as one of the principal forms of prayer, alongside blessing and adoration, petition, intercession, and praise.

He said: “From a distance, Jesus invited them to present themselves to the priests, who were designated by law to certify healings that had occurred. Jesus said nothing else. He heard their prayer, their cry for mercy, and He sent them immediately to the priests.”

“Those 10 lepers trusted, they did not remain there until they were cured, no: they trusted and they went immediately, and while they were on their way, they were cured, all 10 were cured. The priests would have therefore been able to verify their healing and readmit them to normal life.”

The pope noted that only one of the lepers — “a Samaritan, a sort of ‘heretic’ for the Jews of that time” — returned to thank Jesus for healing him.

“If we view life like this, then ‘thank you’ becomes the driving force of our day.”

The pope observed that the word “Eucharist” derives from the Greek for “thanksgiving.”

“Christians, as all believers, bless God for the gift of life. To live is above all to have received. All of us are born because someone wanted us to have life. And this is only the first of a long series of debts that we incur by living. Debts of gratitude,” he said.

“During our lives, more than one person has gazed on us with pure eyes, gratuitously. Often, these people are educators, catechists, persons who carried out their roles above and beyond what was required of them. And they provoked us to be grateful. Even friendship is a gift for which we should always be grateful.”

The pope said that Christian gratitude grew out of an encounter with Jesus. He observed that in the Gospels those who met Christ often responded with joy and praise.

“The Gospel accounts are filled with prayerful people who are greatly touched by the coming of the Savior. And we too are called to participate in this immense jubilation,” he said.

“The episode of the 10 lepers who are healed also suggests this. Naturally, all of them were happy for having recovered their health, allowing them to end that unending forced quarantine that excluded them from the community.”

The pope continued: “Therefore, brothers and sisters, let us seek to remain always in the joy of encountering Jesus. Let us cultivate joyfulness. The devil, instead, after having deluded us — with whatever temptation — always leaves us sad and alone. If we are in Christ, there is no sin and no threat that can ever prevent us from continuing joyfully on our way, together with many other companions on the road.”

The pope urged Catholics to follow the “path to happiness” that St. Paul outlined at the end of his First Epistle to the Thessalonians, saying: “Pray constantly, give thanks in all circumstances; for this is the will of God in Christ Jesus for you. Do not quench the Spirit” (1 Thes 5:17-19).

In his greeting to Polish-speaking Catholics, the pope highlighted the Year of St. Joseph, which began on Dec. 8.

He said: “Dear brothers and sisters, as we approach the end of this year, we do not evaluate it only through the sufferings, difficulties, and limitations caused by the pandemic. We glimpse the good received in each day, as well as the closeness and benevolence of people, the love of our loved ones, and the goodness of all those around us.”

“Let us thank the Lord for every grace received and let us look with confidence and hope to the future, entrusting ourselves to the intercession of St. Joseph, patron saint of the new year. May it be for each of you and for your families a happy year full of divine graces.”

At the end of the audience, Pope Francis prayed for the victims of the magnitude 6.4 earthquake that struck Croatia on Dec. 29.

He said: “Yesterday an earthquake caused casualties and extensive damage in Croatia. I express my closeness to the injured and to those affected by the earthquake, and I pray in particular for those who have lost their lives and for their families.”

“I hope that the authorities of the country, with the help of the international community, will soon be able to alleviate the suffering of the dear Croatian people.” 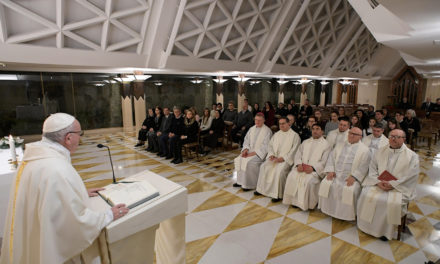 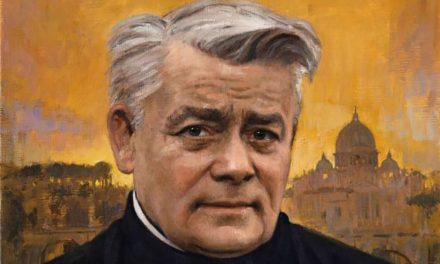 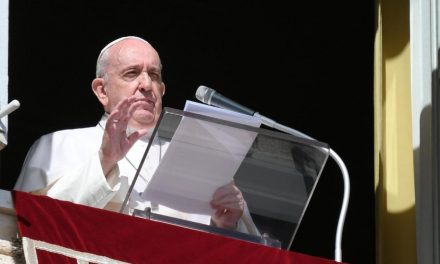 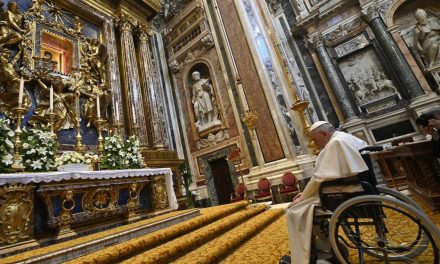 Pope Francis: ‘The Lord will say’ when it is time to retire