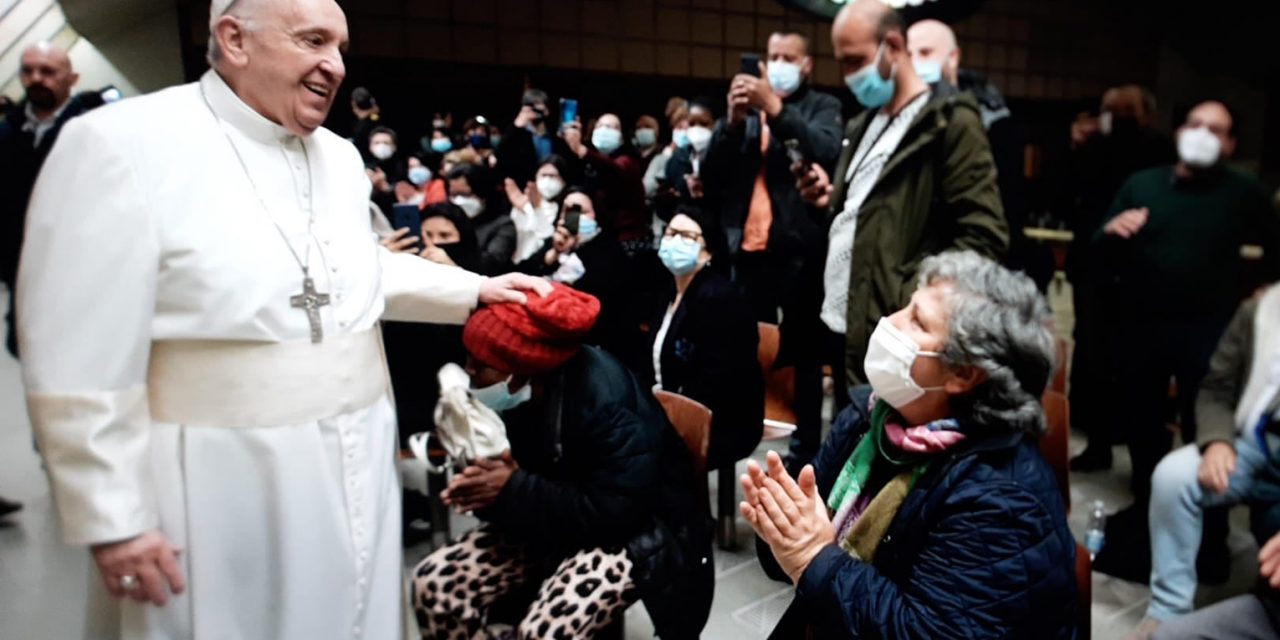 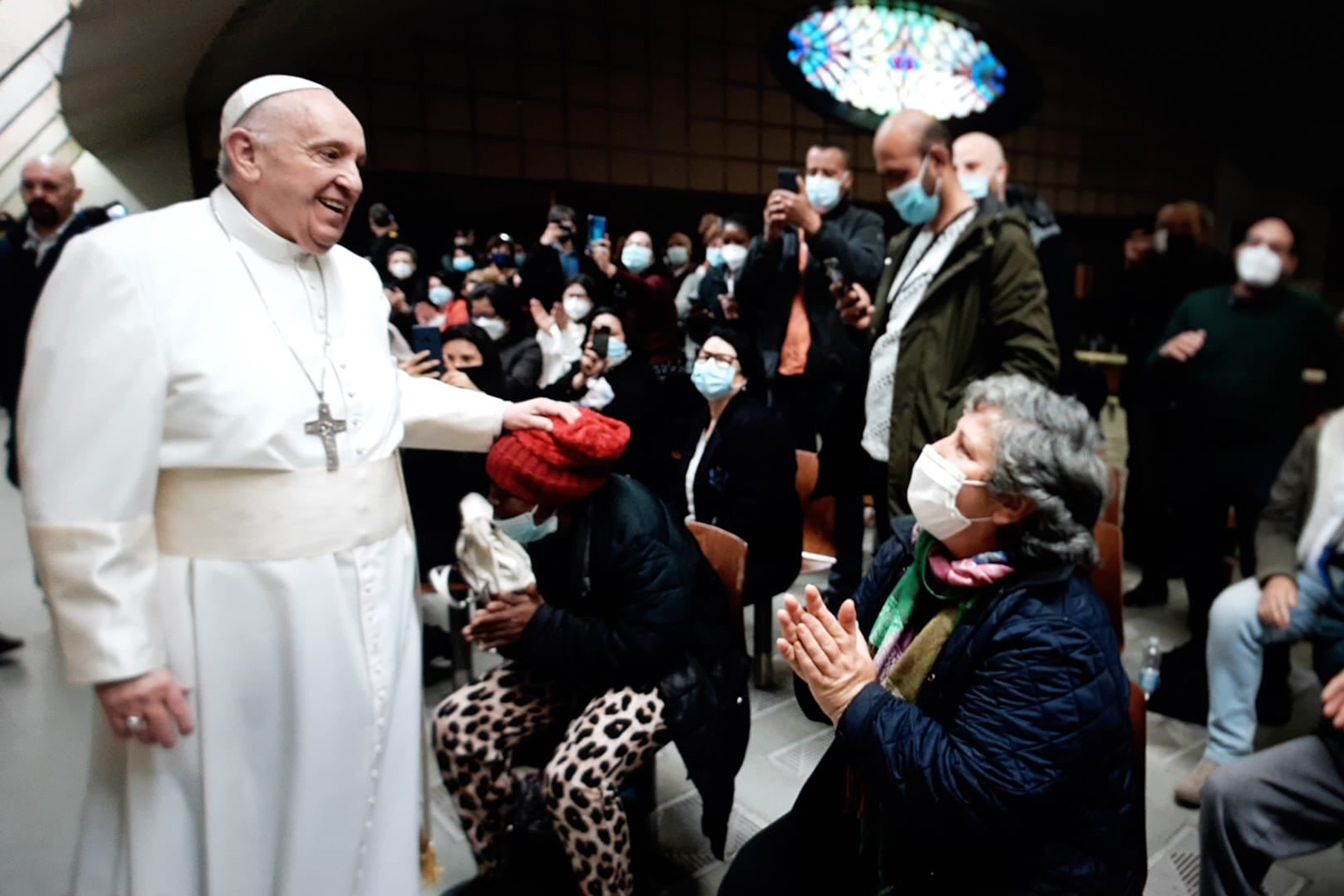 VATICAN— Pope Francis on Friday celebrated the feast of St. George, his namesake, with 600 of Rome’s poor and needy, as they waited to receive the second dose of the coronavirus vaccination at the Vatican.

Pope Francis’ baptismal name is Jorge Mario Bergoglio. Jorge is the Spanish version of George, and April 23, St. George’s feast day, is a holiday in the Vatican.

On April 23, the Vatican continued its program of free vaccinations for those in need in Rome, administering the second dose to around 600 of a total 1,400 people to eventually receive the second shot.

Pope Francis walked around the atrium of the Paul VI Audience Hall to greet everyone present, including volunteers and sisters of the Missionaries of Charity, who are helping with the vaccination program.

At the end of his visit, the pope offered everyone a piece of a giant, hollow chocolate egg, an Easter tradition in Italy.

The 30-minute visit had a “festive and affectionate atmosphere,” a Vatican press release said, and a song wishing the pope well on his name day was sung before he left.

Francis encouraged the medical volunteers to “continue their commitment” to helping the poor, and the papal almoner, Cardinal Konrad Krajewski, expressed the pope’s gratitude to all those who had assisted with the vaccine project, which also included a donation of vaccines to poor countries.

“On the occasion of the feast of St. George, I have the pleasure of sending you the affectionate and cordial congratulations of the Italian people, together with my most fervent wishes for well-being for your person,” Mattarella said.

The president thanked Pope Francis for his “beautiful reflections” on Dante Alighieri, written in the March 25 apostolic letter Candor lucis aeternae, published to mark the 700th anniversary of the death of the Florentine poet.

“I wish to join in the hope that the figure of Dante Alighieri, ‘paradigm of the human condition,’ may illuminate with hope the journey of each person — especially in this difficult period still marked by the pandemic — helping everyone ‘to advance with serenity and courage on the pilgrimage of life,'” Mattarella said.

The Italian president said: “It is in this spirit that, on the happy anniversary of your name day, I renew the expressions of the closeness of all Italians and of my utmost consideration for the high apostolic mission of Your Holiness.”

Pope Francis has always celebrated his name day in some way, often with an act of charity.

Last year, during the COVID-19 pandemic, Pope Francis made a donation of ventilators to hospitals in Romania, Spain, and Italy, to assist patients with severe cases of the coronavirus.

In 2019, the pope gave away 6,000 rosaries to young people from Milan and asked them to pray for him through Mary’s intercession. 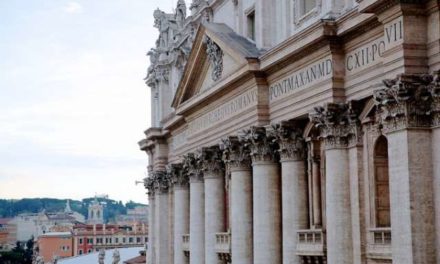 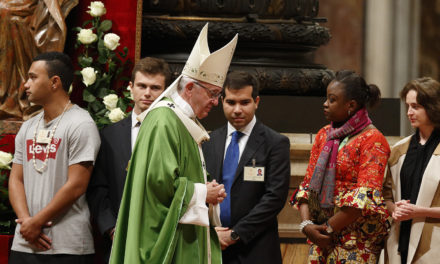 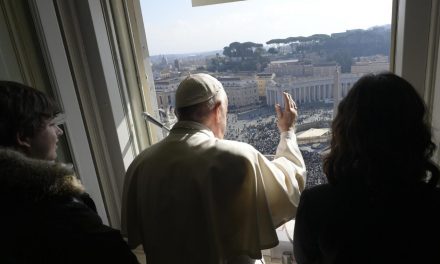 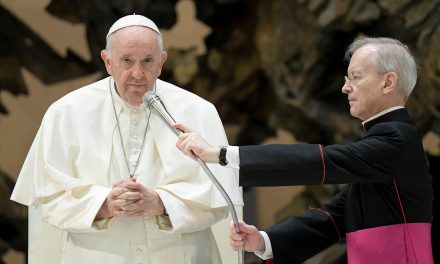