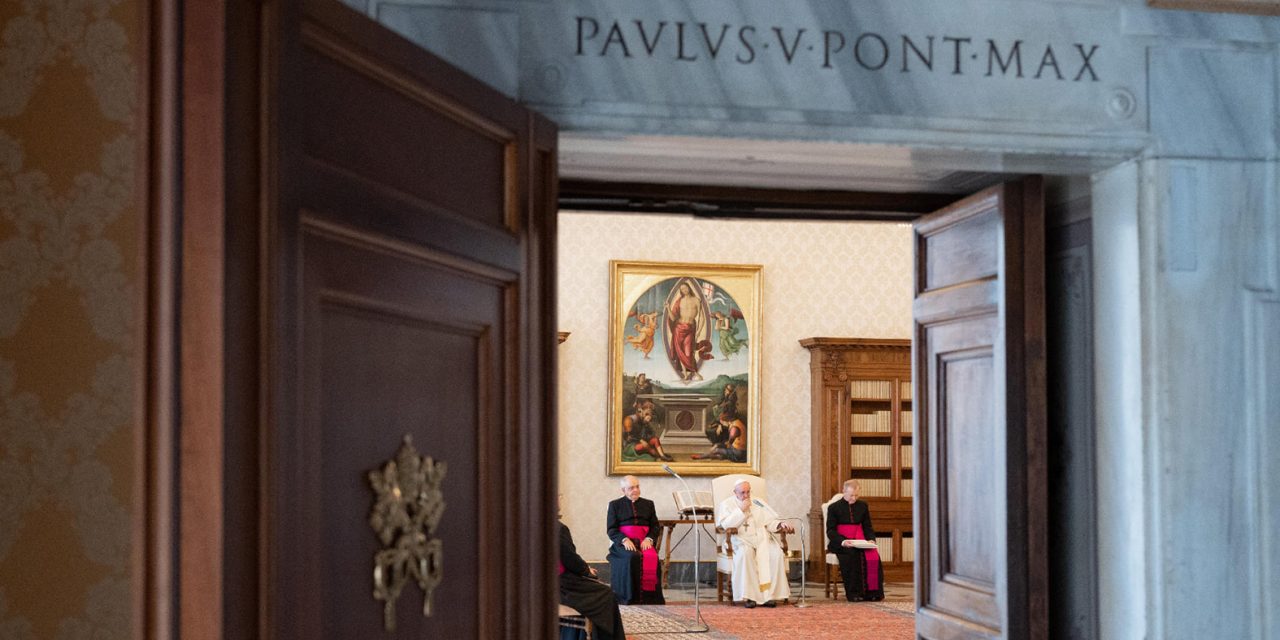 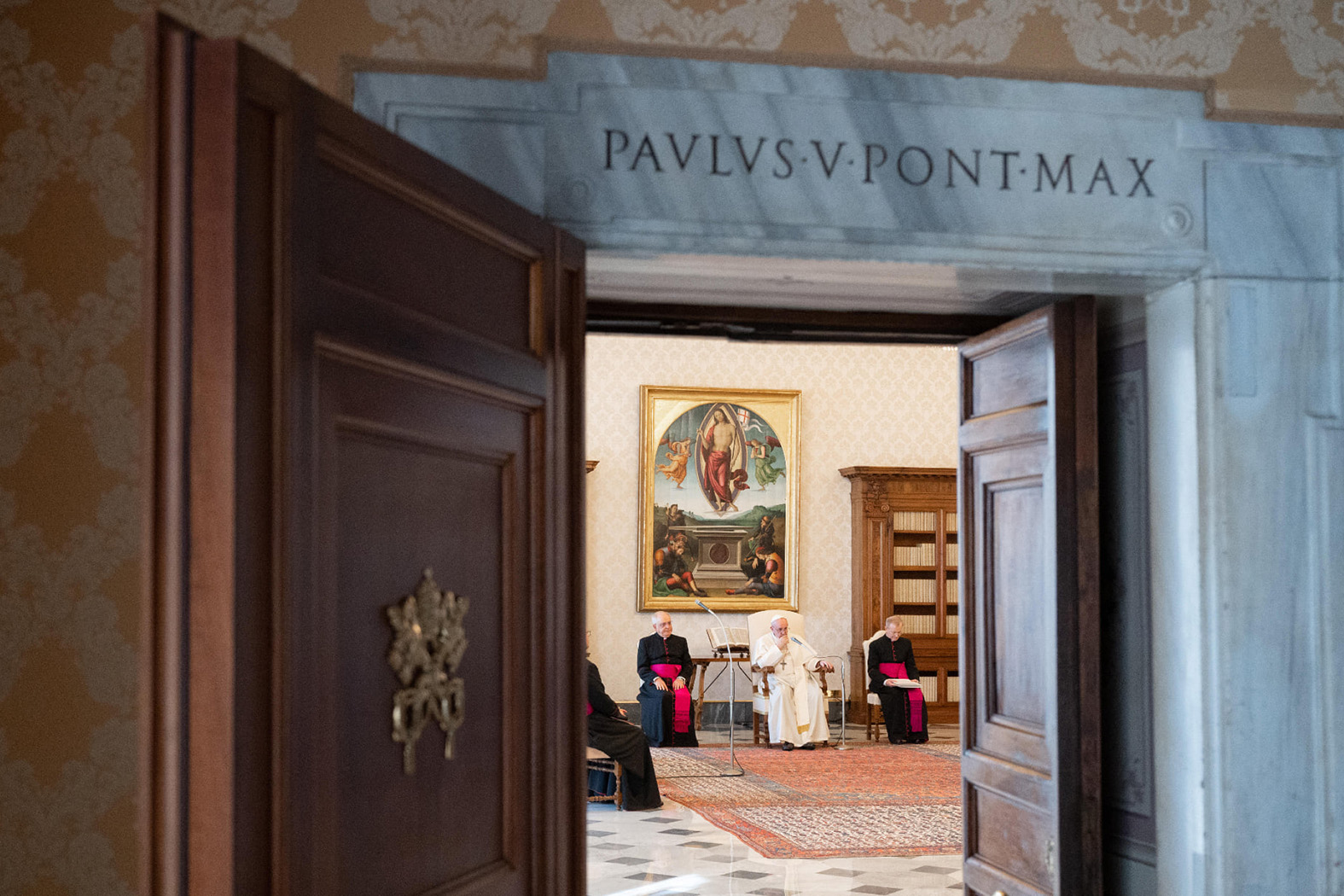 Pope Francis’ General Audiences will once again be broadcast live from the library of the Apostolic Palace, beginning next Wednesday, November 4. VATICAN MEDIA

The decision to move back to a livestream-only format was made after at least one person in attendance at the pope’s Oct. 21 audience was discovered to have been positive for COVID-19, according to the Vatican.

Starting Wednesday, Nov. 4, Francis will give his general audience catechesis and greetings via live video from his study in the Apostolic Palace, “in order to avoid any future health risks for participants.”

From Sept. 2, members of the public were permitted again to attend his weekly audience at the Vatican, after a more than six-month break.

He had been livestreaming the Wednesday audience from his study since March, when the coronavirus outbreak led Italy and other countries to impose lockdowns to slow down the virus’ spread.

Unlike general audiences before the COVID-19 pandemic, which were held in the public square in front of St. Peter’s Basilica, the first meetings back with the public were held in a smaller interior courtyard of the Vatican, with a capacity for around 500 or so socially distanced and masked participants.

At these encounters, Pope Francis sat close to attendees, many of whom he would spend a long time greeting individually before and after the event.

In the last few weeks, the audiences have been held instead in the Vatican’s larger Pope Paul VI Audience Hall and Pope Francis has kept his distance from pilgrims.

He told participants Oct. 28 that he would be staying up on the stage and not greeting each of them as he likes to do.

“We must keep our distance, because if I come down, then a crowd forms to greet me, and this is contrary to the measures and the precautions we must take in order to face ‘Madame Covid,’ which is harmful to us,” he said.

On Oct. 21, he apologized for his distance but said it “is for your safety.”

“Instead of coming near you and shaking your hands and greeting you, we have to greet each other from a distance, but know that I am near you with my heart,” he added.

Pope Francis has been photographed at least once wearing a protective face mask when arriving and leaving the audience in San Damaso Courtyard, but he has not worn a mask during the general audience.

The Italian government has introduced new safety measures for the country as the number of coronavirus cases is again rising. Measures include a ban on most indoor or outdoor gatherings other than religious services, and bars and restaurants must be closed to sit-down guests from 6 p.m. onwards.

As a city state, the Vatican has its own regulations for stemming contagion and is not subject to Italian measures. 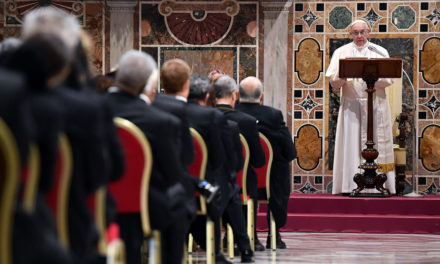 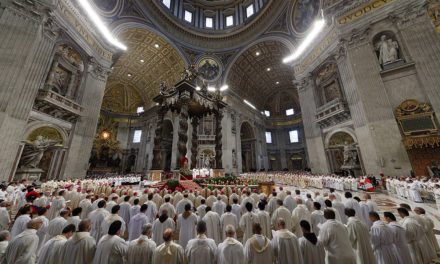 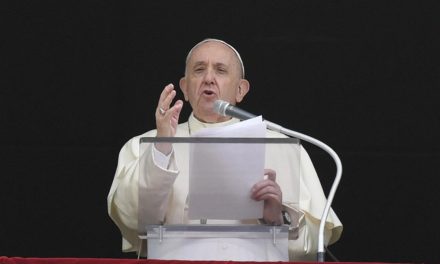