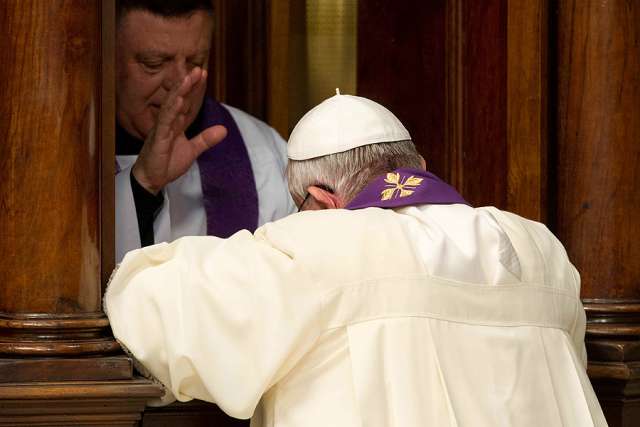 VATICAN– At the end of his annual Lenten penitential service on Friday, Pope Francis was the first to go to the sacrament of confession, afterward hearing the confessions of seven laypeople, three men and four women, in attendance.

Instead of giving a homily during the service, which he has done in years past, Pope Francis led people in a lengthy silence following the readings in order to reflect and pray prior to receiving the sacrament of confession.

Earlier on March 17, Francis spoke with participants of the Apostolic Penitentiary’s annual course on the internal forum about the importance of confessors being available to people and spiritually well-formed.

In his speech, the Pope said that to be a good confessor, a priest must be a man of prayer, a man who is attentive to the Holy Spirit and knows how to discern well, and who also is a good evangelizer.

This year, however, the Pope’s penitential service was moved to the week prior, March 17. In addition to going to confession and hearing the confessions of seven others, the service included prayers, songs and readings from Scripture.

Afterward, almost 100 priests and bishops were available to hear the confessions of those in attendance.

Led by Pope Francis, “24 Hours for the Lord” is a worldwide initiative which points to confession as a primary way to experience God’s merciful embrace. It was launched in 2014 under the auspices of the Pontifical Council for the Promotion of the New Evangelization.

Taking place on Mar. 24-25, this year’s theme is “I Desire Mercy” (Mt. 9:13). The theme is taken from the verse in Matthew which says: “Go and learn the meaning of the words, ‘I desire mercy, not sacrifice.’ I did not come to call the righteous but sinners.”

Starting in the evening on March 24, churches throughout Rome will remain open for 24 hours to give pilgrims the opportunity to go to confession and take part in Eucharistic Adoration.

While parishes in Rome will be open overnight, churches elsewhere in the world are invited to participate as well, adapting the initiative to suit their local situations and needs.

Additional information on the “24 Hours for the Lord” can be found at the Pontifical Council for the Promotion of the New Evangelization’s website, www.novaevangelizatio.va. 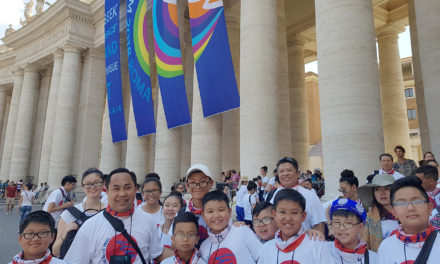 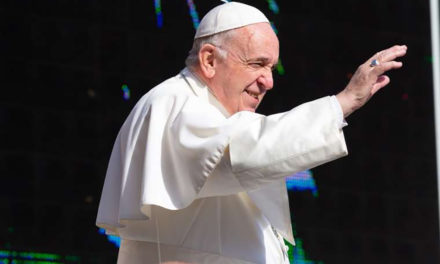 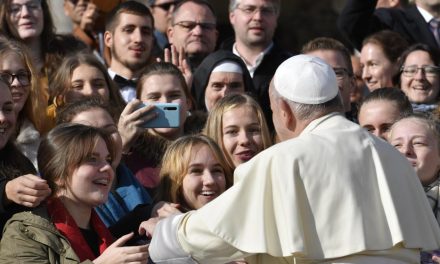