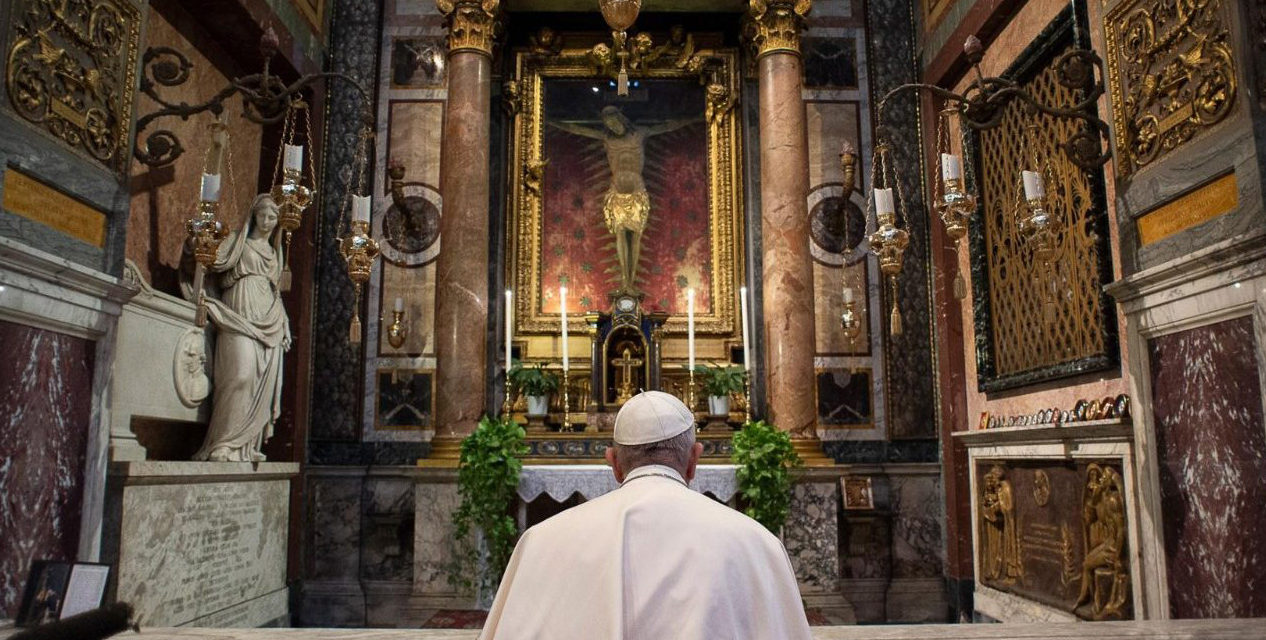 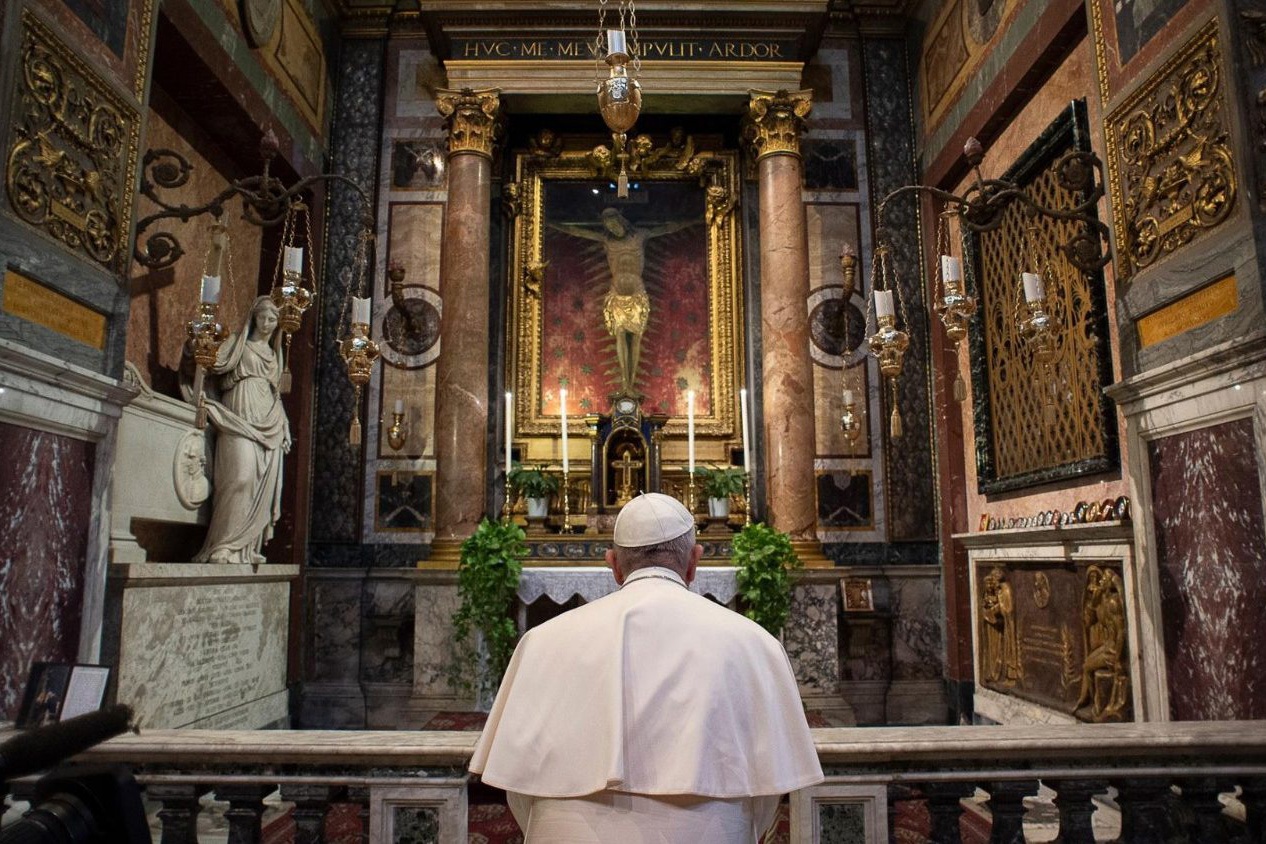 VATICAN— Pope Francis on Sunday took a brief walking pilgrimage in the city of Rome, and prayed for an end to the coronavirus pandemic during a surprise visit to both the Basilica of St. Mary Major and a cross that traversed Rome during a 16th-century plague.

According to the Vatican, the pope went to the basilica to visit the icon of Salus Populi Romani, Mary Protection of the Roman People, to invoke her prayers against the coronavirus pandemic affecting Italy and the world.

A priest of the vicariate of Rome, Fr. Elio Lops, told CNA Pope Francis was accompanied during his visit by the Archpriest of the basilica, Cardinal Stanislaw Rylko.

Lops, who was present, said the pope prayed silently before the icon for about 20 minutes and also stopped briefly at the chapel of the crucifix.

From the papal basilica, the pope walked about half a mile on foot to the Church of San Marcello al Corso to pray before a miraculous crucifix, which was once carried in procession through the streets of Rome during the plague of 1522.

According to the church’s rector, Fr. Enrico Casini, Francis also stopped to pray before a statue of St. Joseph.

Pope Francis “implored healing for the many sick, remembered the many victims of these days, and asked that their family and friends find consolation and comfort,” a Vatican statement said.

The pope also prayed for healthcare workers, doctors, nurses, and those working to keep society functioning while many are under forced or voluntary quarantine.

The Byzantine icon of Salus Populi Romani was also processed through Rome by Pope Gregory I in 593 for an end to the plague known as the Black Death.

The icon has been revered by the people of Rome for centuries and is considered a symbol of the city and its people.

According to Lops, Pope Francis wanted to make the visit to encourage Italians during the quarantine conditions across Italy.

“It was all a surprise,” Lops said, adding that Francis had wanted to go to the Basilica of St. Mary Major on March 13, the seventh anniversary of his pontificate, but being unable to, had told Cardinal Rylko he would come at another, unspecified time.

Rome, like all of Italy, is currently under lockdown, with people required to stay home except for strict cases of necessity. All non-essential businesses are also closed.

The action by the pope was not in any way intended to be against the decrees of the Italian government, Lops explained, but was meant as a sign of encouragement to Romans. It was “also risky in a certain sense for his health, because he is old,” Lops added.

Lops has been assigned to serve at the Basilica of St. Mary Major during the coronavirus lockdown in Italy.

Though public Masses have been suspended throughout the diocese, the Papal Basilica of St. Mary Major remains open for prayer, confessions, and communion for any Catholics who may request it, Fr. Lops said.

He said the vicariate does not encourage people to break the government’s decree to stay at home, but if people pass by while out for a permitted reason, such as going to the pharmacy, they may stop by for personal prayer or to receive the sacraments. 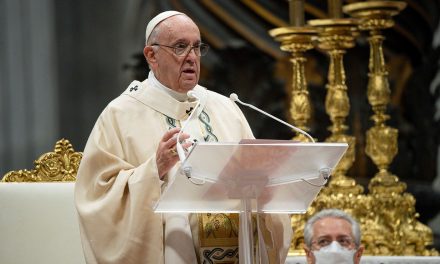 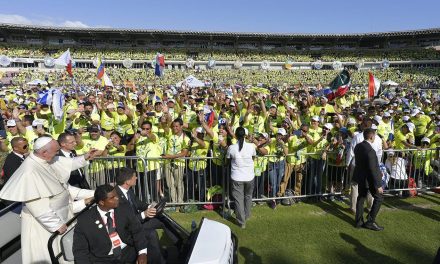 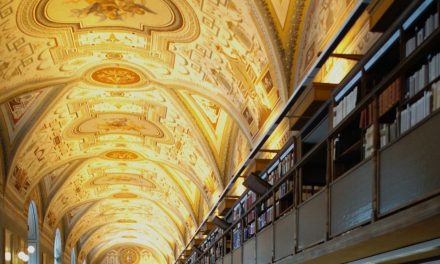