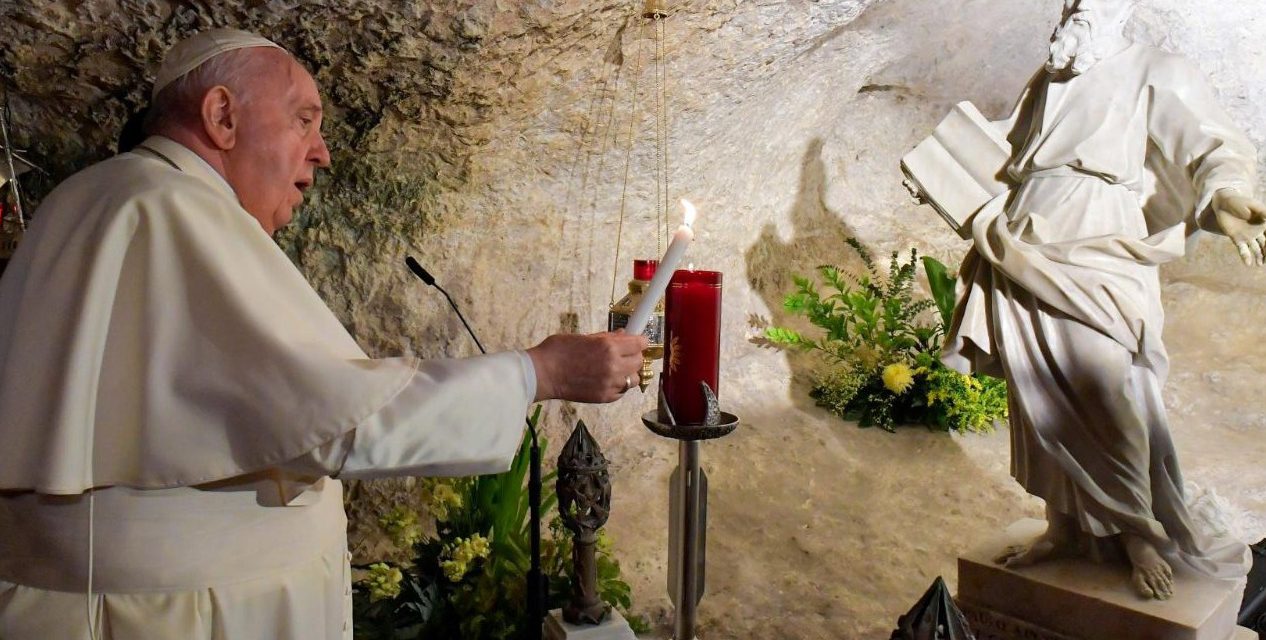 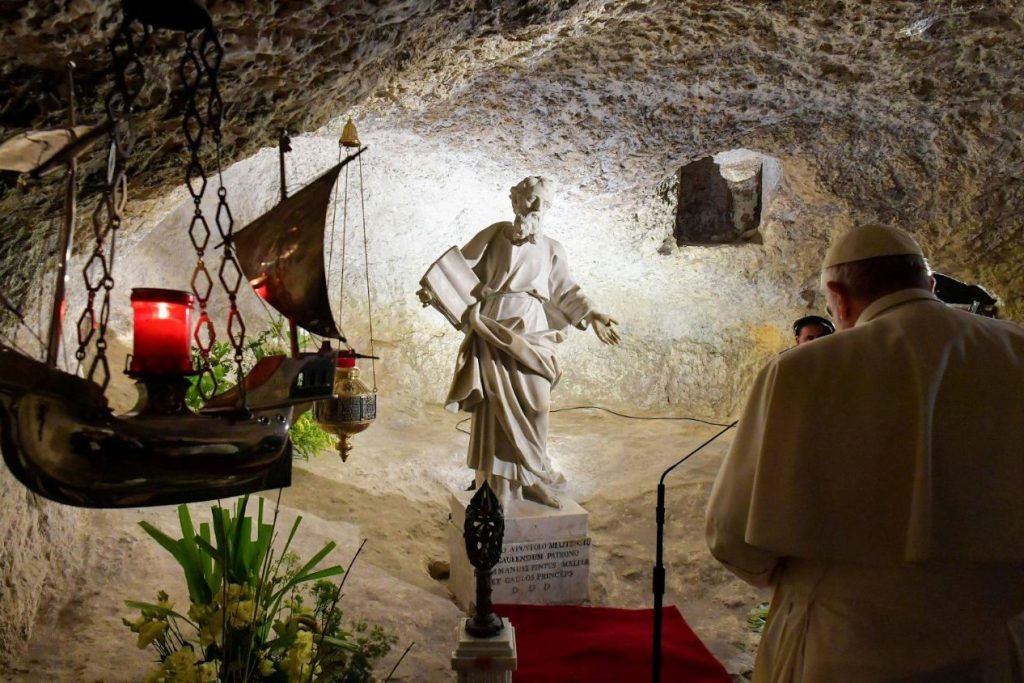 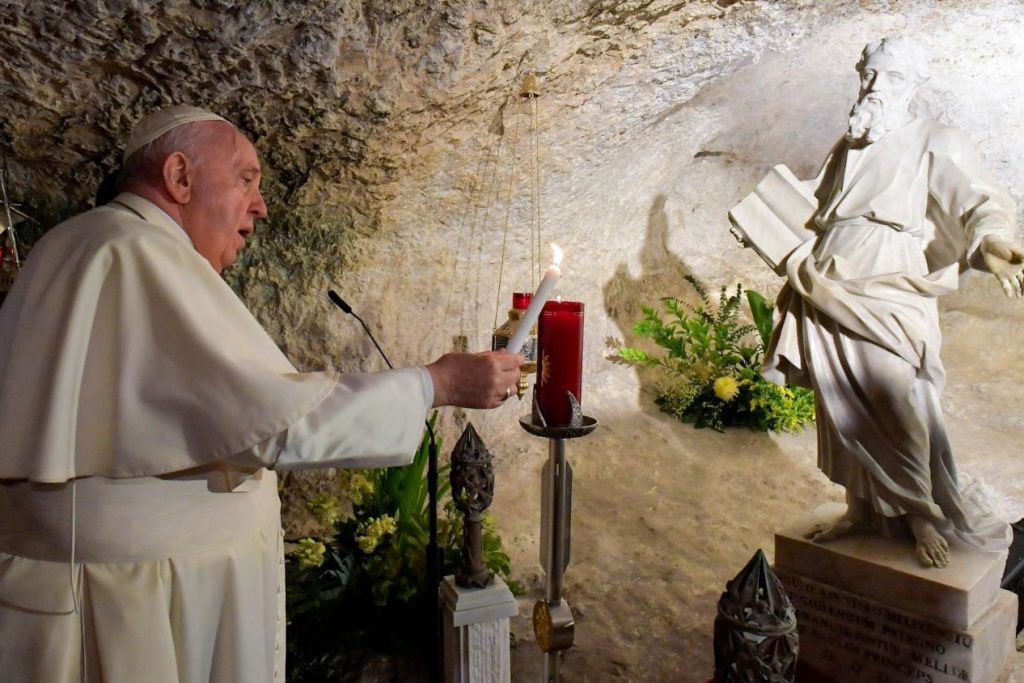 RABAT, Malta— Pope Francis prayed on Sunday morning at St. Paul’s Grotto in Rabat, where local tradition holds that the Apostle lived and preached during the three months he spent on the island of Malta in 60 A.D.

“Good Father, grant us the grace of a kindly heart that beats with love for our brothers and sisters,” Pope Francis said in a prayer that he read during his live-streamed visit to the grotto on April 3.

The Acts of the Apostles (Acts 27:27-28:5) records that St. Paul was being taken to Rome to be put on trial when the ship carrying him was caught in a violent storm. The vessel, transporting hundreds of people, was wrecked off the Maltese coast but all aboard swam to land safely. The Apostle stayed on the island for three months.

Malta’s centuries-old Catholic faith and traditions were on display in the streets in front of the grotto, which were decorated with elaborate Maltese banners and flags depicting their patron saint.

Catholics of all ages lined the streets waving Vatican flags and cheering as Pope Francis entered the basilica.

“God of mercy, in your wondrous providence you wished the Apostle Paul to proclaim your love to the inhabitants of Malta, who did not yet know you. He preached your word to them and he healed their infirmities,” the pope prayed.

Fourteen religious leaders were present for the prayer, according to the Vatican.

“Saved from shipwreck, St Paul and his fellow travelers found here to welcome them pagan people of kindly heart, who treated them with rare humanity, recognizing that they were in need of shelter, security, and assistance,” the pope continued.

“No one knew their names, their place of birth, or their social status; they knew only one thing: that these were people in need of help.”

The grotto is accessed from a staircase inside the small church of St. Publius, which is a part of the Basilica of St. Paul complex. It is an important Catholic pilgrimage site for the Mediterranean island country of Malta.

Pope Francis has been suffering from a knee problem that has led him to forgo the stairs throughout his journey to Malta.

After praying in the grotto, the pope ascended to the basilica, where he greeted a series of people, including the frail and elderly. Local organizers confirmed that some prisoners were present in the basilica during the event.

The pope signed the book of honor in the grotto, writing: “In this sacred place, which remembers St. Paul, Apostle of the Gentiles and father in the faith of this people, I thank the Lord and I pray that He will always grant the Maltese the Spirit of consolation and the ardor of the proclamation.”

At the beginning of Pope Francis’ second day in Malta, the pope met with Jesuit priests and seminarians at the apostolic nunciature in Valletta setting off for Rabat to pray at the grotto.

Pope Francis’ largest public event is scheduled to take place upon the pope’s return from Rabat. The pope will offer Mass and pray the Angelus at The Granaries in Floriana, Malta’s largest public square, where more than 15,000 people are expected to be in attendance. 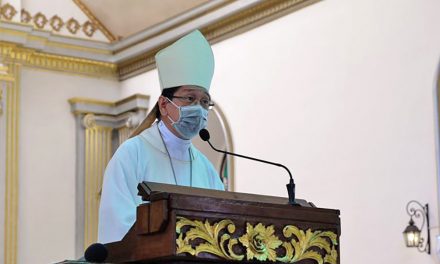 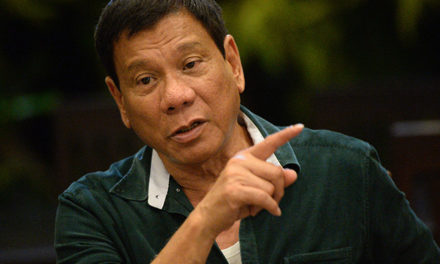 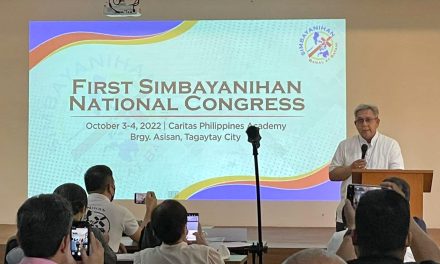