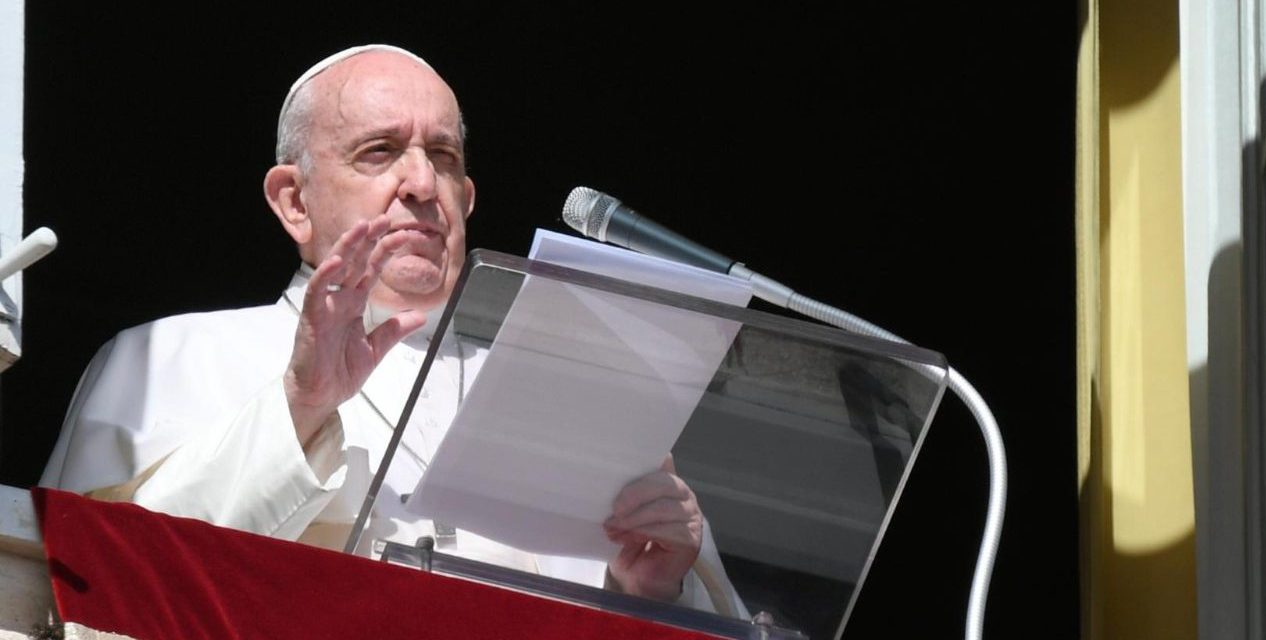 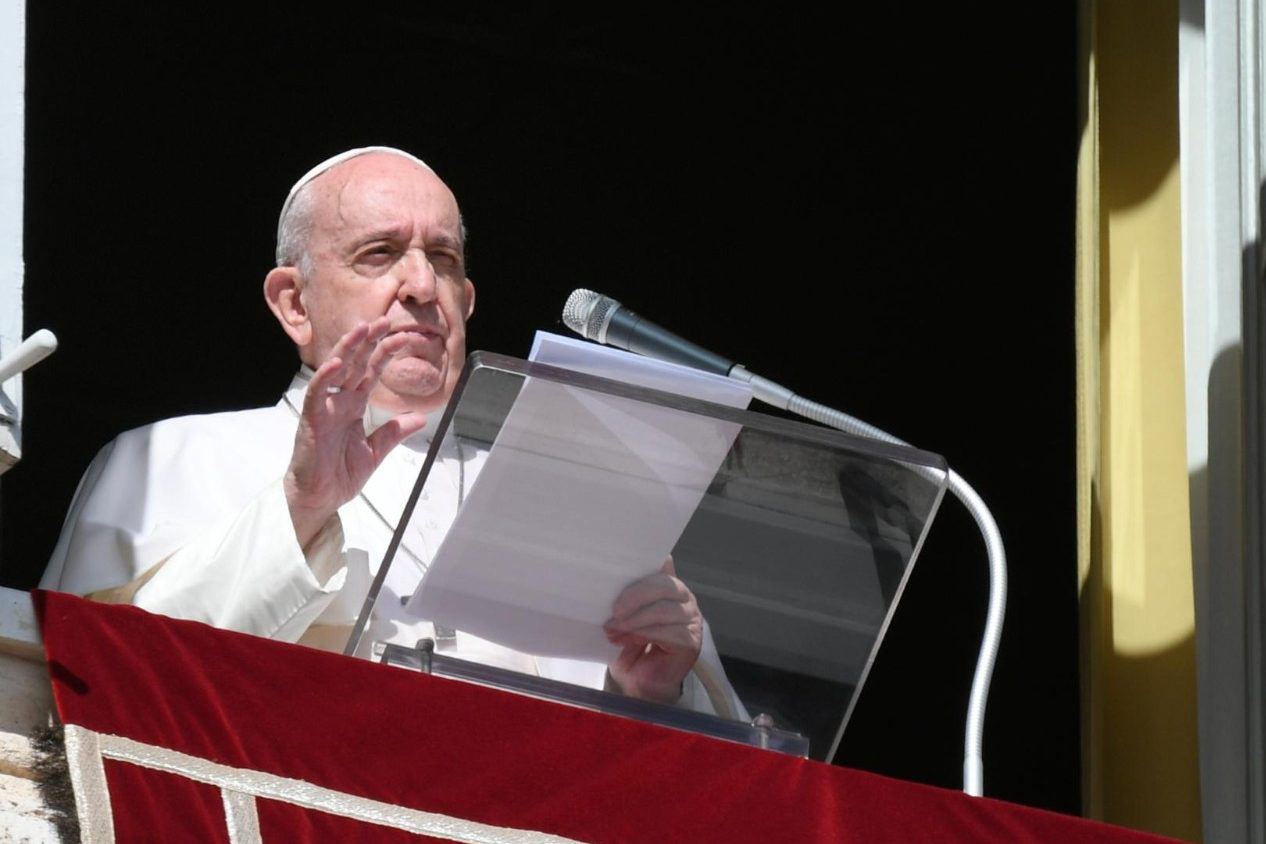 Pope Francis appealed for an end to violence in Nigeria after reciting the Angelus Sunday.

Speaking from a window overlooking St. Peter’s Square Oct. 25, the pope said he prayed that peace would be restored “through the promotion of justice and the common good.”

He said: “I follow with particular concern the news coming from Nigeria about the recent violent clashes between law enforcement agencies and some young protesters.”

“We pray to the Lord that all forms of violence will always be avoided, in the constant search for social harmony through the promotion of justice and the common good.”

Protests against police brutality erupted in Africa’s most populous country Oct. 7. Demonstrators called for the abolition of a police unit known as the Special Anti-Robbery Squad (SARS).

The Nigerian Police Force said Oct. 11 that it would disband SARS, but demonstrations continued. Armed men opened fire on protesters Oct. 20 in the capital, Lagos, killing at least 12 people, according to Amnesty International. Nigeria’s army denied responsibility for the deaths.

Nigerian police said Saturday that they would “use all legitimate means to halt a further slide into lawlessness,” amid looting and further street violence.

Around 20 million of Nigeria’s 206 million population are Catholics.

In his reflection before the Angelus, the pope meditated on the day’s Gospel reading (Matthew 22:34-40), in which a scholar of the law challenges Jesus to name the greatest commandment.

The pope suggested that the questioner wanted to draw Jesus into a dispute about the hierarchy of laws.

“But Jesus establishes two essential principles for believers of all times. The first is that moral and religious life cannot be reduced to an anxious and forced obedience,” he explained.

He continued: “The second cornerstone is that love must tend together and inseparably toward God and toward neighbor. This is one of Jesus’ primary innovations and it helps us understand that what is not expressed in love of neighbor is not true love of God; and, likewise, what is not drawn from one’s relationship with God is not true love of neighbor.”

Pope Francis noted that Jesus ended his reply by saying: “The whole law and the prophets depend on these two commandments.”

“This means that all the precepts the Lord has given to his people must be related to love of God and neighbor,” he said.

“In fact, all the commandments serve to implement and express that twofold indivisible love.”

The pope said that love for God is expressed above all in prayer, especially adoration.

“We neglect the adoration of God so much,” he lamented. “We make the prayer of thanksgiving, the supplication to ask for something… but we neglect adoration. Worshiping God is the very core of prayer.”

The pope added that we also forget to act charitably towards others. We fail to listen to others because we find them boring or because they use up our time. “But we always find time to chat,” he observed.

The pope said that in Sunday’s Gospel Jesus directs his followers to the source of love.

“This wellspring is God himself, to be loved completely in a communion that nothing and no one can break. A communion that is a gift to be invoked each day, but also a personal commitment not to let our lives become enslaved by the idols of the world,” he said.

“And the proof of our journey of conversion and holiness always consists in love of neighbor … The proof that I love God is that I love my neighbor. As long as there is a brother or sister to whom we close our hearts, we will still be far from being disciples as Jesus asks us. But his divine mercy does not allow us to be discouraged, but rather calls us to begin anew each day to live the Gospel consistently.”

After the Angelus, Pope Francis greeted the residents of Rome and pilgrims from around the world who had gathered in the square below, spaced out to prevent the spread of the coronavirus. He singled out a group called “Cell of Evangelization,” attached to the Rome Church of St. Michael the Archangel.

He then announced the names of 13 new cardinals, who will receive the red hat at a consistory on Nov. 28, the vigil of the First Sunday of Advent.

The pope concluded his Angelus reflection by saying: “May the intercession of Most Holy Mary open our hearts in order to welcome the ‘great commandment,’ the twofold commandment of love, which encapsulates all of God’s Law and on which our salvation depends.” 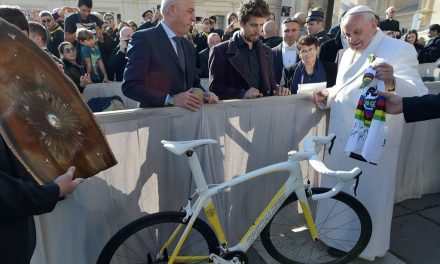 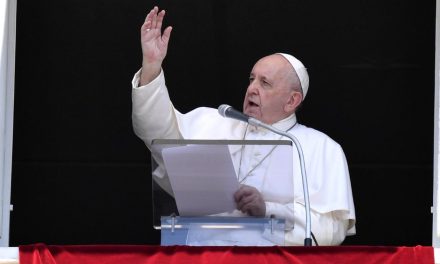 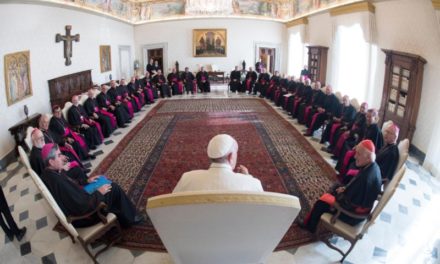