VATICAN, Jan. 20, 2017– Pope Francis congratulated Donald Trump on his inauguration as the 45th president of the United States on Friday, praying that God will grant him wisdom and strength.

“At a time when our human family is beset by grave humanitarian crises demanding farsighted and united political responses, I pray that your decisions will be guided by the rich spiritual and ethical values that have shaped the history of the American people and your nation’s commitment to the advancement of human dignity and freedom worldwide,” the Pope wrote in his Jan. 20 message sent to Trump.

“Under your leadership, may America’s stature continue to be measured above all by its concern for the poor, the outcast and those in need who, like Lazarus, stand before our door. With these sentiments, I ask the Lord to grant you and your family, and all the beloved American people, his blessings of peace, concord and every material and spiritual prosperity.”

During his inaugural address, Trump vowed to be a voice for the “forgotten people” of the United States. “We assembled here today are issuing a new decree to be heard in every city, in every foreign capital and in every hall of power. From this day forward, a new vision will govern our land. From this day forward, it’s going to be only America first – America first,” Trump stated.

“We will seek friendship and goodwill with the nations of the world. But we do so with the understanding that it is the right of all nations to put their own interests first,” the new president said. “We do not seek to impose our way of life on anyone but rather to let it shine as an example. We will shine for everyone to follow.”

In November Trump pulled off what was for many a surprising victory in the U.S. presidential election. Though he was widely seen as the underdog, Trump came out on top with 289 electoral votes, well over the required 270 needed to win.

While the tone of Francis’ congratulatory note was warm and optimistic, many, Catholics in particular, fear there could be tension between the Pope and the new president when it comes to immigration.

Reservations about the topic trail back to comments Pope Francis made during his Feb. 19 inflight news conference en route from Juarez to Rome responding to criticism of Trump, who had called Francis “political” and threatened to build a wall along the U.S.-Mexican border.

“A person who thinks only about building walls, wherever they may be, and not building bridges, is not Christian. This is not in the Gospel,” the Pope had said, prompting former Vatican spokesman Fr. Federico Lombardi to release a statement the next day assuring the Pope’s comment “was never intended to be, in any way, a personal attack or an indication of how to vote.”

Pope Francis has been an outspoken supporter of migrants’ rights and the need to build bridges rather than walls.

During his visit to Mexico, he celebrated Mass near the U.S.-Mexico border, where Trump’s wall would go up, in a show of support to the many South and Central American migrants, including thousands of unaccompanied minors, cross each day, many of whom are seeking to escape situations of poverty, drugs and violence.

After news of Trump’s election broke in Europe, Vatican Secretary of State Cardinal Pietro Parolin offered his prayers that the president-elect would promote peace in a world torn by conflict, but said that when it comes to immigration, we can’t predict the future.

“We take note with respect the will of the American people in this exercise of democracy which they tell me was characterized by a large turnout. Then we congratulate the new president, so that his government can be truly fruitful,” the cardinal told Vatican Radio Nov. 9.

He assured of his prayers, “so that the Lord illuminate him and sustain him in the service of his homeland, naturally, but also of the peace and wellbeing of the world…today it is needed for everyone to work to change the global situation, which is a situation of serious laceration and grave conflict.”

When asked how the Vatican responded to Trump’s inflammatory comments about building a wall, Cardinal Parolin said we must wait to “see how the president moves.”

“Normally they say: it’s one thing to be a candidate, it’s another thing to be president, to have a responsibility,” he said.

But when it comes to specific issues and how Trump will act on them, “we will see what choices he makes and according to that you can also make a judgment,” Parolin said, adding that “it seems premature to make judgments.”

Although Trump’s fiery campaign rhetoric has been problematic in the past, outgoing U.S. Ambassador to the Holy See Ken Hackett told CNA last week that he believes the new president will leave that sort of language behind.

“It would only be speculation, but what I do expect is that the rhetoric of the campaign will be put behind him and the reality of governing will kick in very soon,” he said.

Governing “calls you to be your best, to weigh decisions, to listen to advice, to play the role on the world’s stage that the United States has played and is capable of playing,” he said, voicing optimism that that “good will prevail” and Trump will “take the best advice that’s offered to him.”

When asked whether he anticipates the topic being problematic for relations between the Trump administration and the Holy See, Hackett said “no government agrees with another government on everything.”

However, there’s “no more dynamic, moral leader in the world than Pope Francis at this moment in time, so I think you better find a way to engage, and I’m sure the Trump administration will.” (Elise Harris/CNA/EWTN News) 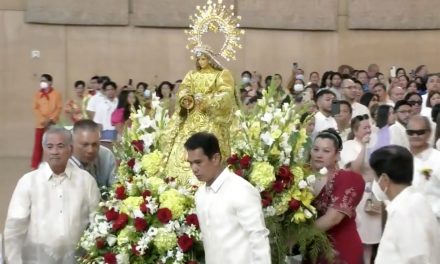 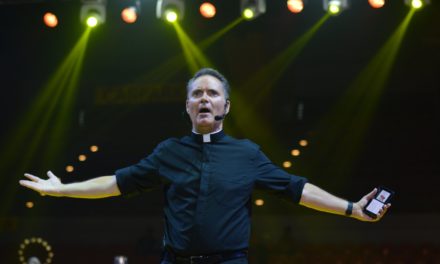