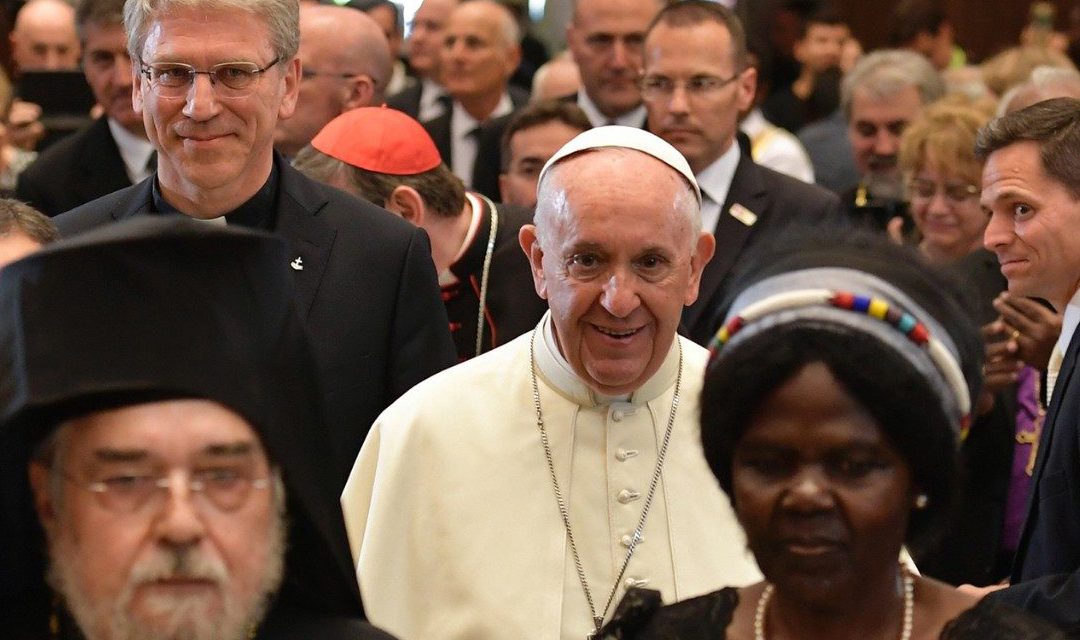 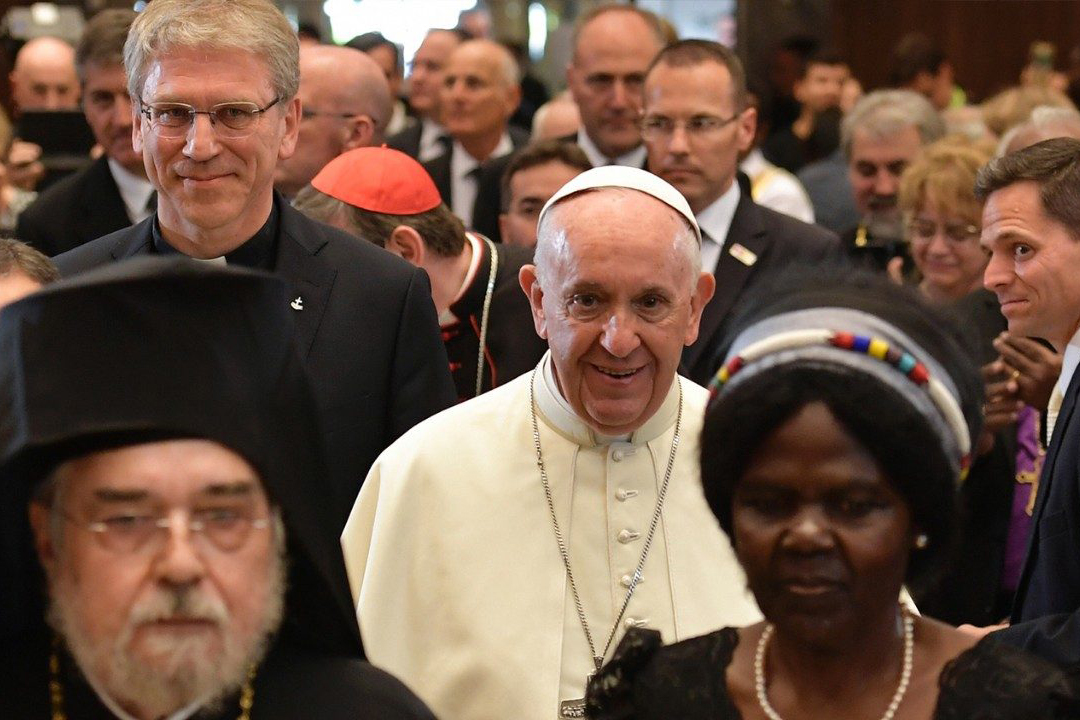 Pope Francis with other Christian leaders at an encounter in the World Council of Churches (WCC) Ecumenical Centre in Geneva in 2018. VATICAN MEDIA

“Ut unum sint confirmed ‘irrevocably’ the ecumenical commitment of the Catholic Church,” the pope said May 25.

In a letter to Cardinal Kurt Koch, president of the Pontifical Council for Promoting Christian Unity, Francis said St. John Paul II “desired that the Church, on her journey towards the third millennium, should be ever mindful of the heartfelt prayer of her Teacher and Lord ‘that all may be one.'”

The encyclical Ut unum sint was published on the Solemnity of the Ascension of the Lord, May 25, 1995, “placing it under the sign of the Holy Spirit, the creator of unity in diversity,” Pope Francis noted.

“In that same liturgical and spiritual context, we now commemorate it, and propose it once more to the People of God,” he added.

In his letter, the pope quoted Ut unum sint, saying it reaffirmed that “legitimate diversity is in no way opposed to the Church’s unity, but rather enhances her splendor and contributes greatly to the fulfilment of her mission.”

“Indeed, ‘only the Holy Spirit is able to kindle diversity, multiplicity and, at the same time, bring about unity… It is he who brings harmony to the Church,'” he continued quoting.

Pope Francis said, “one thing is certain: unity is not chiefly the result of our activity, but a gift of the Holy Spirit.”

“On this anniversary, I give thanks to the Lord for the journey he has allowed us to travel as Christians in quest of full communion.”

“I too share the healthy impatience of those who sometimes think that we can and should do more,” he stated. “Yet we should not be lacking in faith and gratitude: many steps have been taken in these decades to heal the wounds of centuries and millennia.”

He explained that in this time mutual knowledge and esteem have grown, helping to overcome prejudice, and that theological dialogue has developed.

Speaking about the leaders of the different Christian churches and communities, he prayed that “like the disciples of Emmaus, may we experience the presence of the risen Christ who walks at our side and explains the Scriptures to us. May we recognize him in the breaking of the bread, as we await the day when we shall share the Eucharistic table together.”

In his letter, the pope also expressed his gratitude for those working in the Pontifical Council for Christian Unity who keep the “awareness of this irrevocable goal alive in the Church.”

He also highlighted two new initiatives of the office: the Acta Œcumenica journal and an ecumenical vademecum for bishops, to be published in the fall “as an encouragement and guide for the exercise of their ecumenical responsibilities.”

“With confidence, then, let us ask the Holy Spirit to guide our steps and to enable everyone to hear the call to work for the cause of ecumenism with renewed vigor,” he urged.

“May the Spirit inspire new prophetic gestures and strengthen fraternal charity among all Christ’s disciples, ‘that the world may believe’ (Jn 17:21), to the ever greater praise of our Father in heaven.” 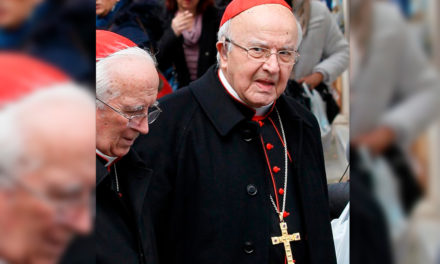 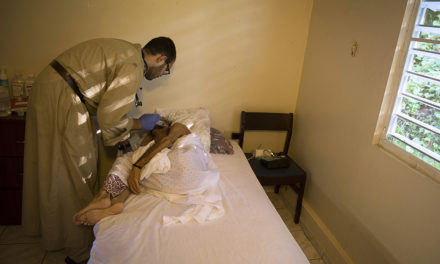