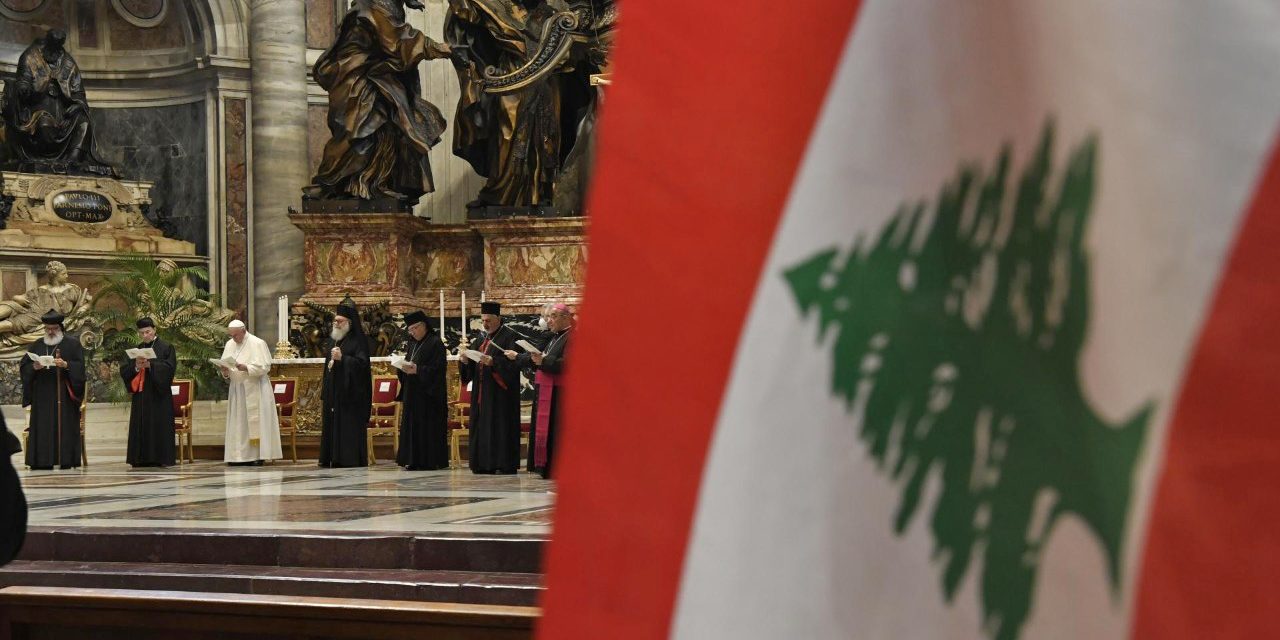 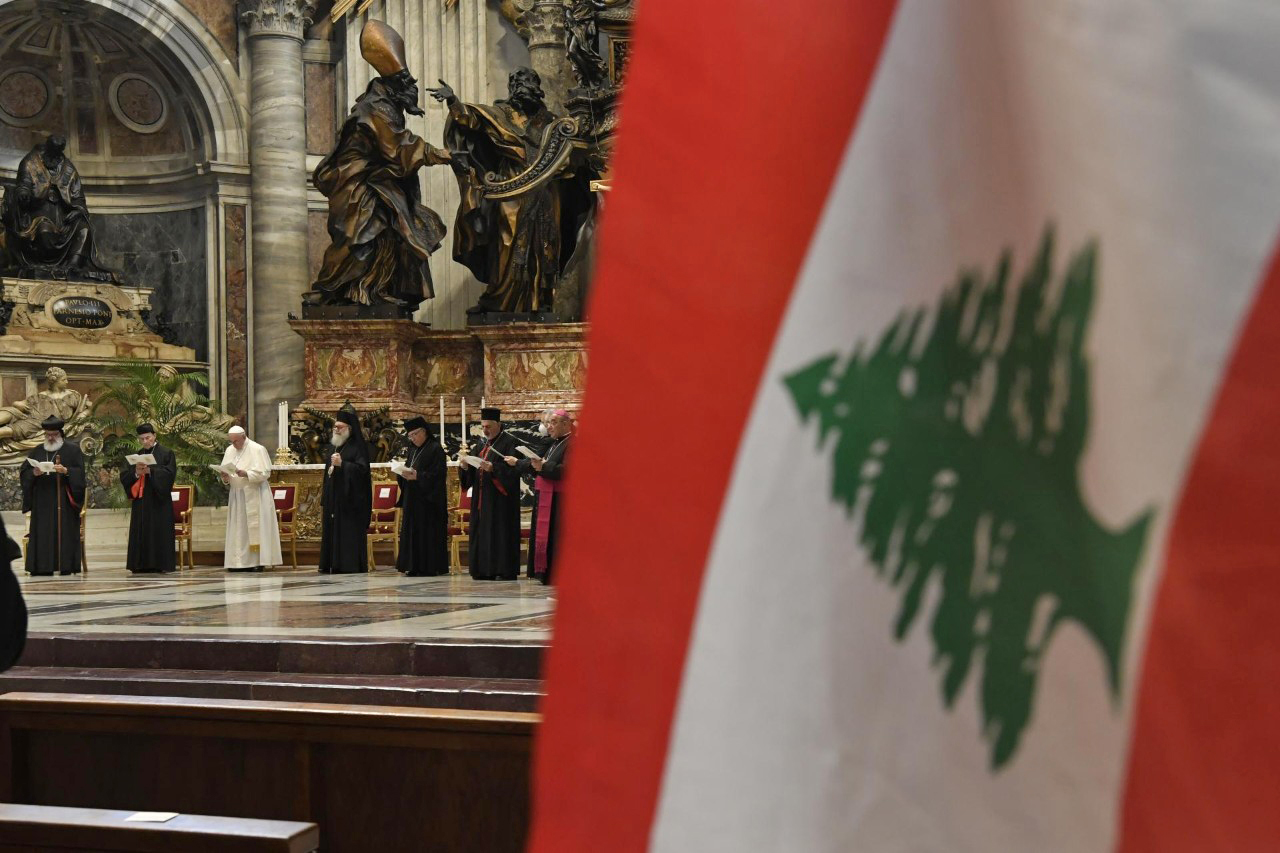 VATICAN— Hosting a day of prayer for Lebanon with Catholic and Orthodox leaders on Thursday, Pope Francis said that the country should no longer be used to serve “unscrupulous interests.”

“Stop using Lebanon and the Middle East for outside interests and profits,” the pope said July 1.

“The Lebanese people must be given the opportunity to be the architects of a better future in their land, without undue interference.”

Christian leaders from Lebanon spent the day at the Vatican in private roundtable discussions about the future of their country, which is facing a severe economic crisis.

The day began with a moment of prayer in front of the high altar at St. Peter’s Basilica before the pope and the patriarchs placed lighted candles in the crypt chapel at the tomb of St. Peter.

It ended with members of the Lebanese diaspora community gathered in the world’s largest Catholic basilica to pray for peace together with the pope and the patriarchs, with prayers offered in Arabic, Armenian, and Syriac.

A choir made up of students from Lebanon studying in Rome chanted hymns of praise taken from the psalms between each of the prayers.

Pope Francis spoke at the end of the ecumenical prayer service, urging hope and a future of peace for the country in crisis.

“We assembled today to pray and reflect, impelled by our deep concern for Lebanon — a country very close to my heart and which I wish to visit — as we see it plunged into a serious crisis,” the pope said.

The World Bank has described the current financial situation in Lebanon as among the “most severe crisis episodes globally since the mid-19th century.”

It estimates that Lebanon’s real GDP contracted by more than 20% in 2020, with surging inflation, high unemployment, and more than half of the population below the national poverty line.

Lebanon’s leaders have failed to form a government to implement reforms after the devastating explosion in Beirut’s port on Aug. 4. The blast killed nearly 200 people, injured 600 others, and caused more than $4 billion in damage.

In his speech, the pope said that the “disillusioned and weary Lebanese people” were “in need of certainty, hope, and peace.”

“In these woeful times, we want to affirm with all our strength that Lebanon is, and must remain, a project of peace. Its vocation is to be a land of tolerance and pluralism, an oasis of fraternity where different religions and confessions meet, where different communities live together, putting the common good before their individual interests.”

Among the Christian patriarchs present at the Vatican for the day of prayer was Cardinal Bechara Boutros Rai, who has served as the leader of Maronite Catholics, predominantly based in Lebanon, for more than 10 years.

The outspoken cardinal has repeatedly called on Lebanon’s political leaders to “overcome the logic of partisan interests” and form a government to rescue the country.

“As Christians, today we wish to renew our commitment to building a future together. For our future will be peaceful only if it is shared,” Pope Francis said.

“Human relationships cannot be based on the pursuit of partisan interests, privileges, and advantages. No, the Christian vision of society arises from the Beatitudes; it is born of meekness and mercy, and it inspires us to imitate in this world God’s own way of acting, for he is a father who desires his children to live in peace.”

The pope urged those present to entrust their efforts to assist Lebanon to Christ, the Prince of Peace.

“Brothers and sisters, may the night of conflicts recede before a new dawn of hope,” he said.

“May hostilities cease, disagreements fade away, and Lebanon once more radiates the light of peace.” 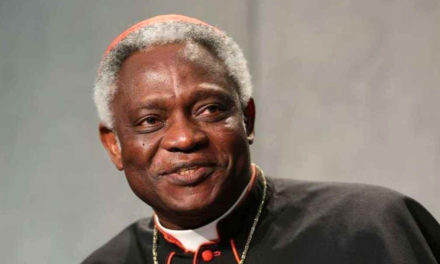 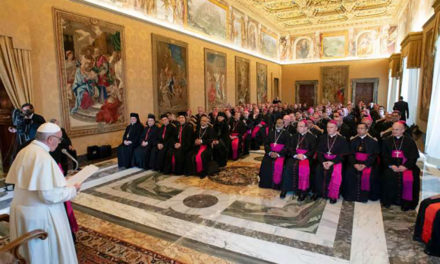 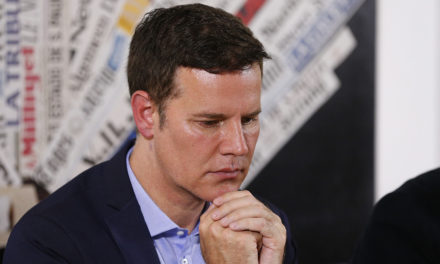