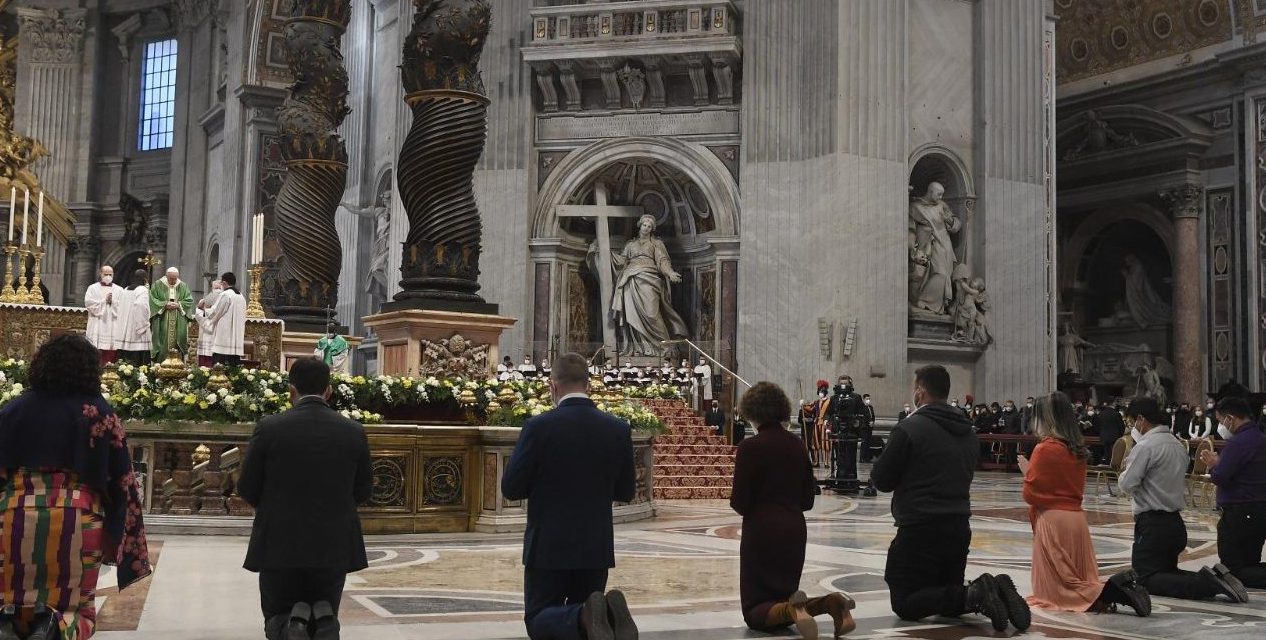 Pope Francis conferred on Catholics the lay ministries of catechist and lector at a Mass for the Sunday of the Word of God on Jan. 23, 2022. VATICAN MEDIA

VATICAN— On Word of God Sunday, Pope Francis reminded Christians that God speaks to them through scripture, filling them with hope and guiding their journey of faith.

“The word is at the center: it reveals God and leads us to man,” the pope said Jan. 23.

Pope Francis celebrated Mass in St. Peter’s Basilica for the fourth annual Sunday of the Word of God, during which he for the first time formally conferred upon lay Catholics the ministries of lector and catechist.

In his homily at Mass, Francis reflected on the “God of closeness” who guides us by his word.

God “wants to relieve the burdens that crush you, to warm your wintry coldness, to brighten your daily dreariness and to support your faltering steps,” the pope said. “This he does by his word, by the word he speaks to rekindle hope amid the ashes of your fears, to help you rediscover joy in the labyrinths of your sorrows, to fill with hope your feelings of solitude. He makes you move forward, not in a labyrinth, but on a daily journey to find him.”

Following the proclamation of the Gospel, the candidates for the ministries of catechist and lector were called by name, to which they responded: “Here I am.”

Pope Francis established the ministry of catechist as an instituted, vocational service within the Catholic Church last May.

The newly instituted ministry is for lay people who have a particular call to serve the Catholic Church as a teacher of the faith. The ministry lasts for the entirety of life, regardless of whether the person is actively carrying out that activity during every part of his or her life.

The pope changed Church law in January 2021 so that women can be formally instituted to the lay ministries of lector and acolyte.

A lector is a person who reads Scripture — other than the Gospel, which is only proclaimed by deacons and priests — to the congregation at Mass.

In his homily, Pope Francis noted that “in this celebration, some of our brothers and sisters will be instituted as lectors and catechists.”

“They are called to the important work of serving the Gospel of Jesus, of proclaiming him, so that his consolation, his joy and his liberation can reach everyone,” he said.

“That is also the mission of each one of us: to be credible messengers, prophets of God’s word in the world,” he continued.

He encouraged everyone to be passionate about sacred scripture, and to be willing to immerse themselves in the Word of God, which “reveals God’s newness and leads us tirelessly to love others.”

He also warned about the temptation to rigidity, which he called a perversion and an idol.

After the homily, Pope Francis continued with the rite of conferral for the ministries of lector and catechist.

He began with the lectors, who knelt one-by-one before him to receive a Bible. Francis prayed over each one with the words: “Receive the book of holy scripture and faithfully transmit the Word of God, so that it may germinate and bear fruit in the hearts of men.”

Those being instituted as catechists also knelt before Pope Francis, who handed them each a silver crucifix, while saying: “Receive this sign of our faith, seat of the truth and charity of Christ: proclaim him by your life, actions and word.”

Two people from the Amazonian region in Peru were formally made catechists by the pope, along with other candidates from Brazil, Ghana, Poland, and Spain.

The ministry of lector was conferred on lay Catholics from South Korea, Pakistan, Ghana, and Italy.

Pope Francis declared the Third Sunday in Ordinary Time a special day for celebrating the Word of God when he issued the apostolic letter “Aperuit illis,” in 2019, on the 1,600th anniversary of the death of St. Jerome, who translated the Bible into Latin in the fourth century.

The Pontifical Council for the New Evangelization is the Vatican department responsible for promoting the Sunday of the Word of God.

Out of concern for the continued spread of COVID-19, around 2,000 people attended the papal Mass, a small percentage of the basilica’s total seating capacity.

Everyone who attended received a book with commentary from the Fathers of the Church on the fourth and fifth chapters of the Gospel of Saint Luke. 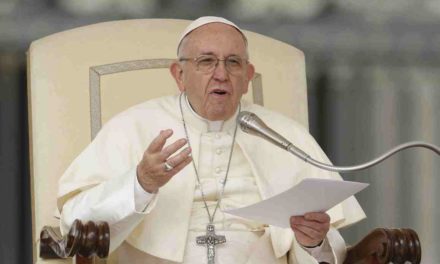 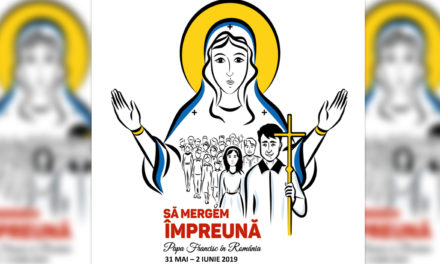