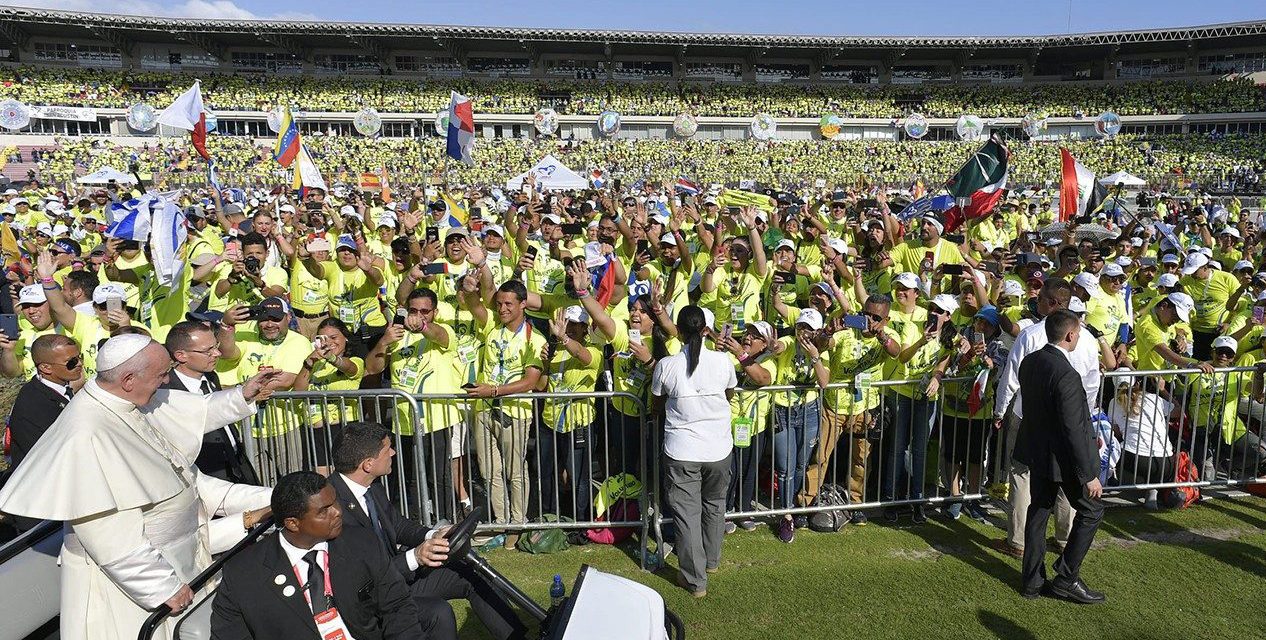 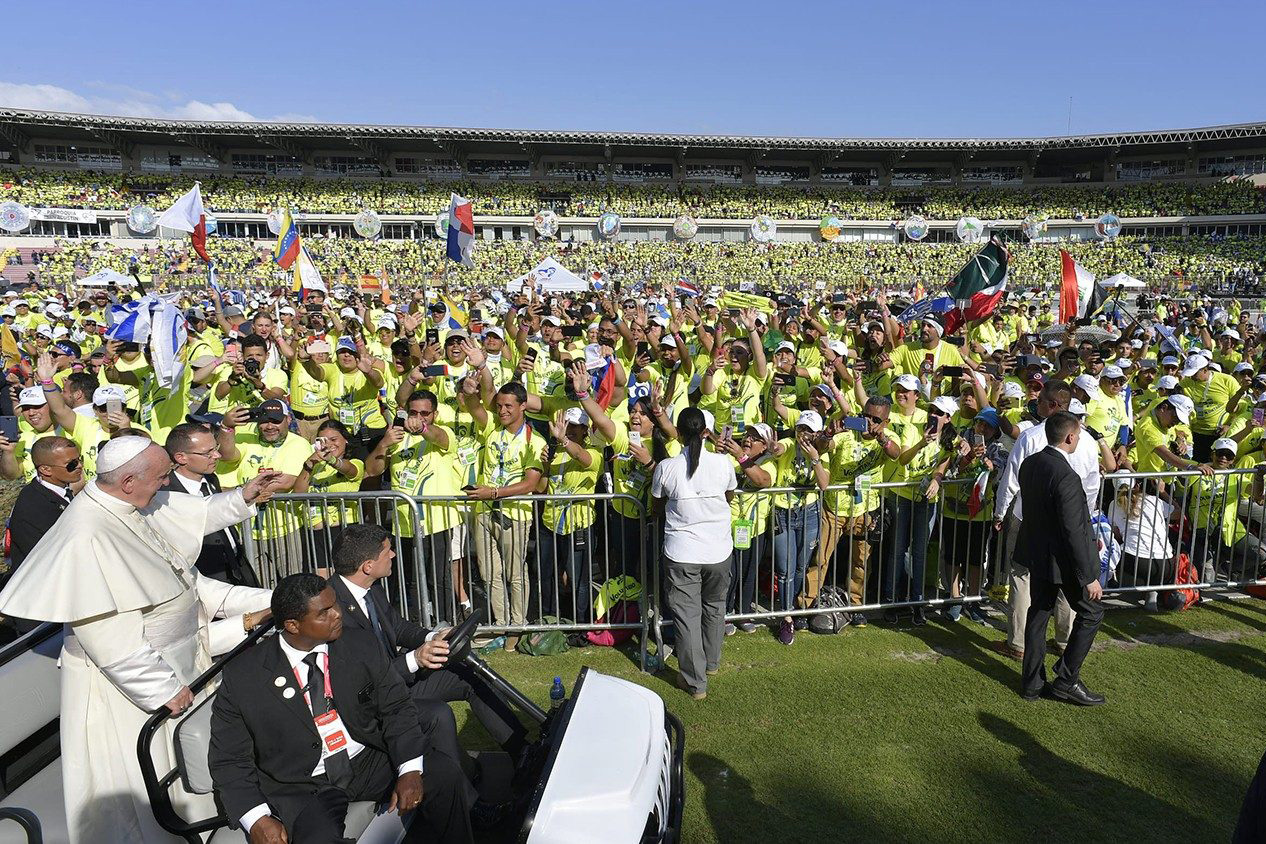 Pope Francis at the World Youth Day in Panama in January, 2019. VATICAN MEDIA

ROME— World Youth Day in Lisbon, Portugal, will open horizons and hearts, Pope Francis said in a video message to the young adults who will attend the international gathering in August.

“Don’t put up a wall in front of your life,” the pope encouraged. “Walls close you in, the horizon makes you grow. Always look at the horizon with your eyes, but look, above all, with your heart.”

Organizers met with Pope Francis and Vatican officials in Rome last week to discuss final preparations for the six-day gathering, which expects to see hundreds of thousands of participants.

“It calls my attention and fills me with joy that so many young people will go to WYD, because they need to participate,” he said.

“Thank you for having already registered so far in advance,” the pope added. “Let’s hope others will follow your example.”

Francis said though some participants may claim they are only going to the event as tourists, rather than pilgrims, “deep down, he or she has the thirst to participate, to share, to tell their experience and receive the experience of others.”

He encouraged them to open their hearts to other cultures and to the other young men and women who will be there.

“Get ready for this: to open horizons, to open your hearts,” he said.

World Youth Day was established by Pope John Paul II in 1985. The meeting is typically held on a different continent every three years with the presence of the pope.

Lisbon, a city of 505,000 people, is around 75 miles from Fatima, one of the world’s most popular Marian pilgrimage sites.

Pope Francis is expected to attend the global Catholic gathering with stops in both Lisbon and Fatima.

The last World Youth Day was held in Panama in January 2019.

In 2020, Pope Francis announced that the next World Youth Day, originally planned for 2022, would be postponed by one year due to the COVID-19 pandemic. 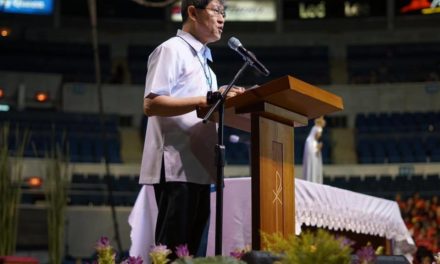 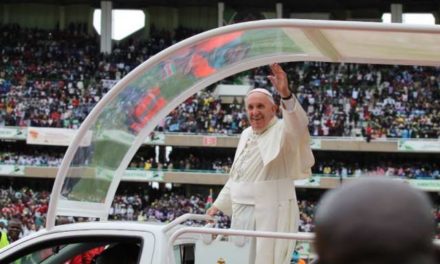 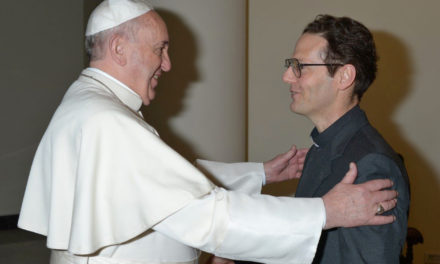 Pope’s interpreter in Japan is his former student from Argentina