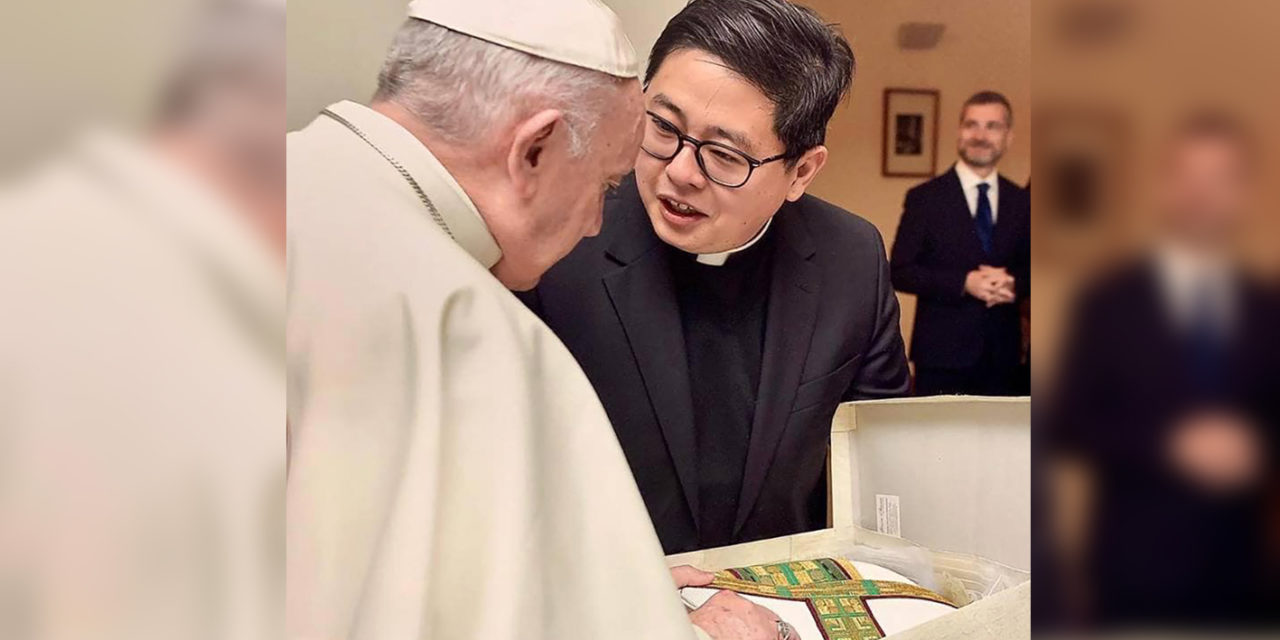 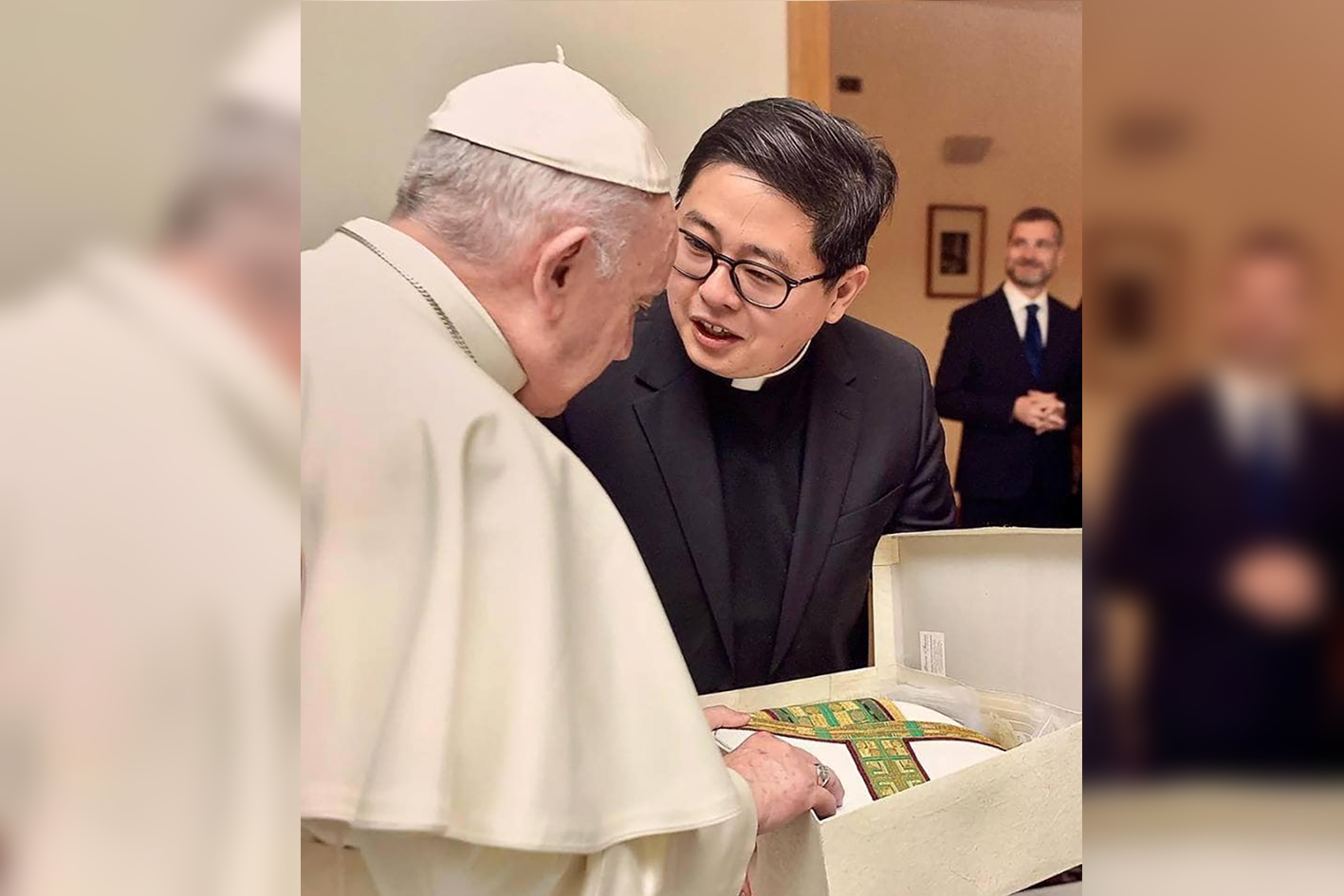 Pope Francis receives a special set of vestments from Msgr. Jan Limchua after celebrating Mass in the chapel of the Casa Santa Marta in the Vatican, March 26. VATICAN MEDIA

A Cebuano family gave Pope Francis a Mindanao-inspired set of vestments on Tuesday as a gesture of thanksgiving.

Monsignor Jan Thomas Limchua, a Cebuano priest, presented the garments to the pope after the latter celebrated Mass in the chapel of the Casa Santa Marta in the Vatican.

The priest, who is serving as secretary of the apostolic nunciature in Cairo, concelebrated with the pope and with his parents present during the private event.

He said it was a gift from his family on the occasion of their parents’ 50th wedding anniversary. 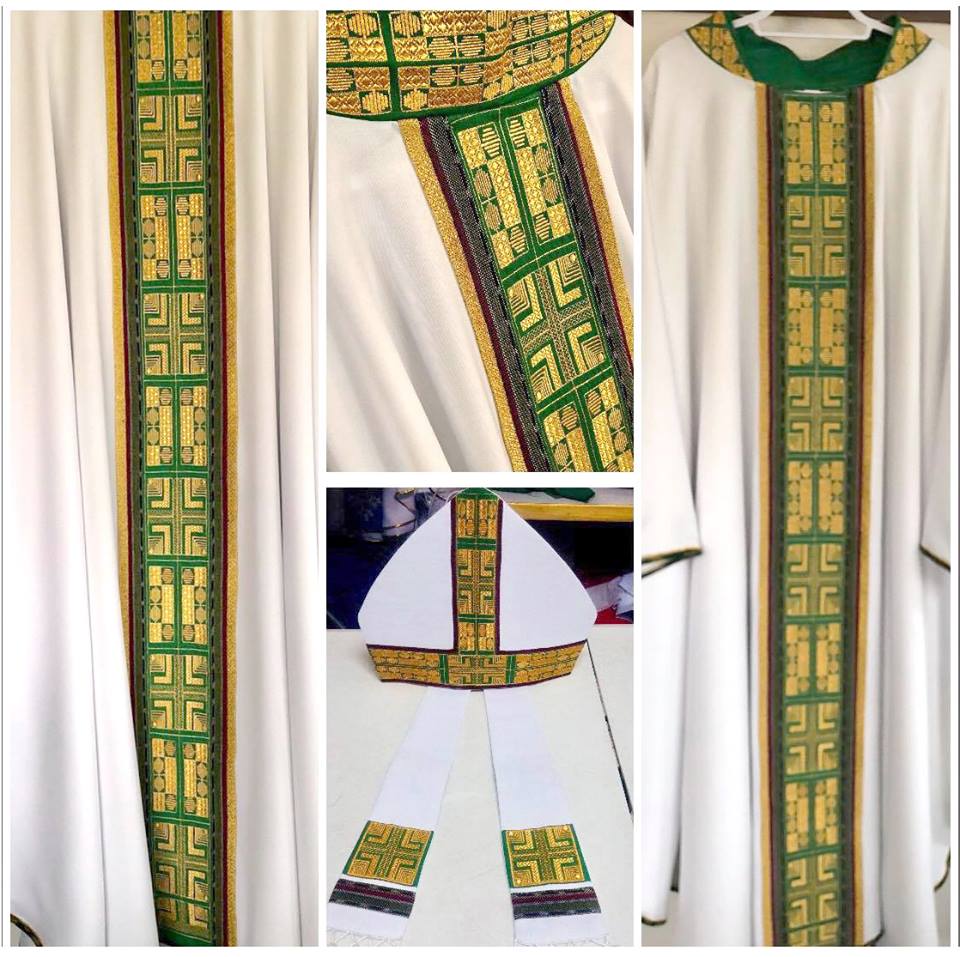 “I told the pope that it comes from Mindanao. He was impressed and appreciated it,” he said.

Made by liturgical vestment designer Leni Fuentes Bernardo, the vestment has strips of authentic Maranao fabrics.

For five years now, she said their products highlight the Mindanao tradition of weaving colorful and intricate tapestries.

Bernardo said it took them two weeks to come up with the final design of the vestment for the pope.

“…All were embroidered including the gold piping on the side and we combined it with strips of authentic Maranao cloth,” she added.

Bernardo said this is the second time that their product has reached Pope Francis.

Last February, a Davaoeña also asked them to design a vestment and gave it to Pope Francis during an audience at the Vatican.

Aside from the vestment and mitre, Msgr. Limchua also gave Pope Francis a portrait of the pontiff painted a Cebu-based artist. 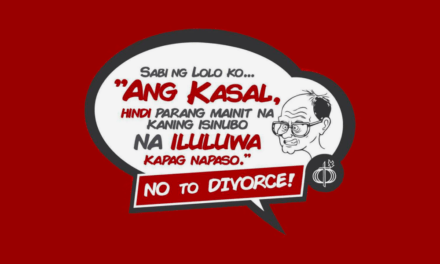 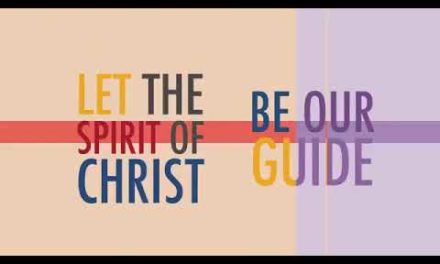 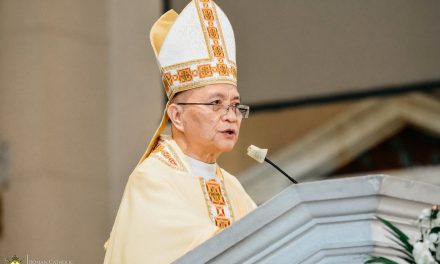