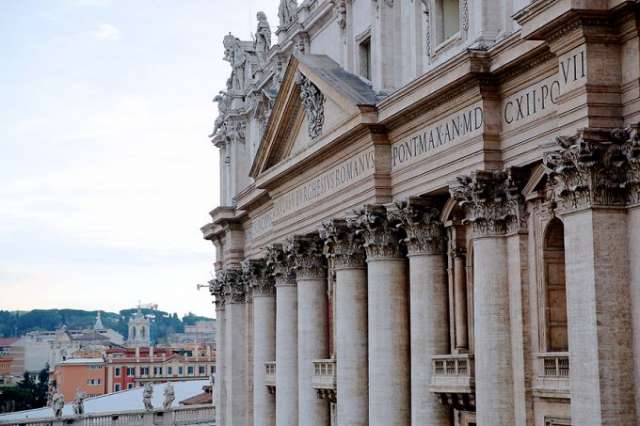 A view of the facade of St. Peter’s Basilica from the Vatican’s Apostolic Palace. LAUREN CATER/CNA

VATICAN— Pope Francis told the Vatican’s Secretariat for Communications, which is holding their first plenary assembly this week, that given a growing digital culture throughout the world, new media must become a primary platform for spreading the Gospel.

“Studying new ways and means to communicate the Gospel of mercy to all people, in the heart of different cultures, through the media that the new digital cultural context makes available to our contemporaries” is something that is “very much in my heart,” Pope Francis said May 4.

He spoke to members of his Secretariat for Communications, which was formed in June 2015 as part of his ongoing reform of the Roman Curia, during their first plenary assembly.

The assembly is taking place May 3-5 at the Vatican and gathers members of the secretariat, which is headed by Msgr. Dario Edoardo Vigano.

In his audience with the plenary participants, Francis said the word “reform” is something we shouldn’t be afraid of. To reform, he said, isn’t just “repainting” things, but is rather “giving another form to things, organizing them in a different way.”

“And it must be done with intelligence, meekness, but also…also, allow me the word, with a bit of ‘violence,’” he said, but stressed that its a “good violence to reform things.”

More than just merging the Vatican’s various communications entities, the secretariat has the task of building “a truly new institution” that has arisen from the need for a “so-called ‘digital convergence,’” he said.

Whereas in the past each form of expression had its own medium in either newspapers, books, photographs, television, radio and CDs, now all of these forms of communications, are transmitted “with a single code that exploits the binary system.”

In this context, he pointed to the Vatican newspaper L’Osservatore Romano, which will officially join the secretariat next year, saying it “will have to find a new and different way to reach a number of readers greater to what it can achieve in paper format.”

As of now the paper operates primarily in daily and weekly print format, with a limited online presence in its various languages.

Pope Francis also turned to Vatican Radio, which broadcasts papal and Vatican news several languages throughout the world, saying the entity will need to be revisited “according to new models and adapted to the modern technologies and needs of our contemporaries.”

He made a point to emphasize the attention Vatican Radio has given to broadcasting in countries will little access to technology, such as certain countries in Africa, noting that services to these places “have never been abandoned.”

In addition to L’Osservatore Romano, the Vatican Publishing House and the Vatican Typography office will also be merged into the greater working community of the secretariat, which is something the Pope said will require “availability to harmonize” with their “new productive and distributive design.”

“The work is great, the challenge is great, but it can be done. It must be done,” he said, stressing the need to for a willingness to work together as all of the changes and merges take place.

As the study commissions within the secretariat move forward in identifying new paths and proposals, the Pope told them to be “courageous” in the criteria they choose, asking that the guiding criteria be an “apostolic and missionary one, with special attention to situations of discomfort, poverty, difficulty.”

“In this way, it becomes possible to bring the Gospel to everyone, to optimize human resources, without replacing the communication of the local Churches and, at the same time, supporting the ecclesial communities most in need.”

He concluded his speech stressing the need to “not let ourselves be overcome by the temptation of attachment to a glorious past,” and encouraged members instead to make “a great effort of teamwork to better respond to the new communicative challenges that the culture of today asks of us, without fear and without imagining apocalyptic scenarios.”

Pope Francis established the Secretariat for Communications on June 27, 2015, with the promulgation of the motu proprio, “The current communication context.”

One of its primary responsibilities is the restructuring and consolidation of the Holy See’s various communications outlets, which were previously ran as individual offices. 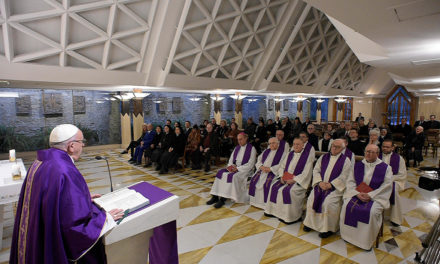 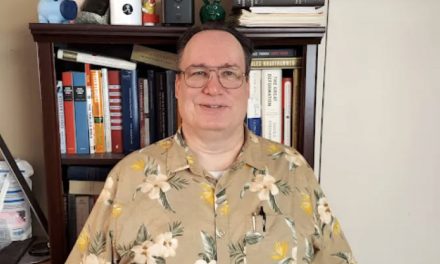 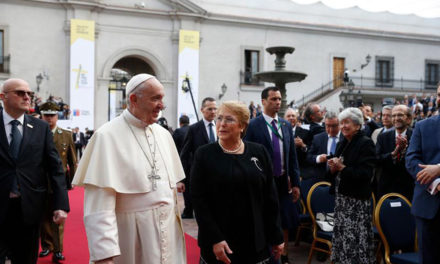 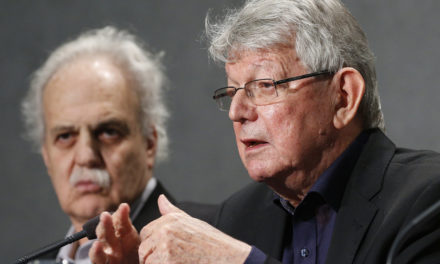