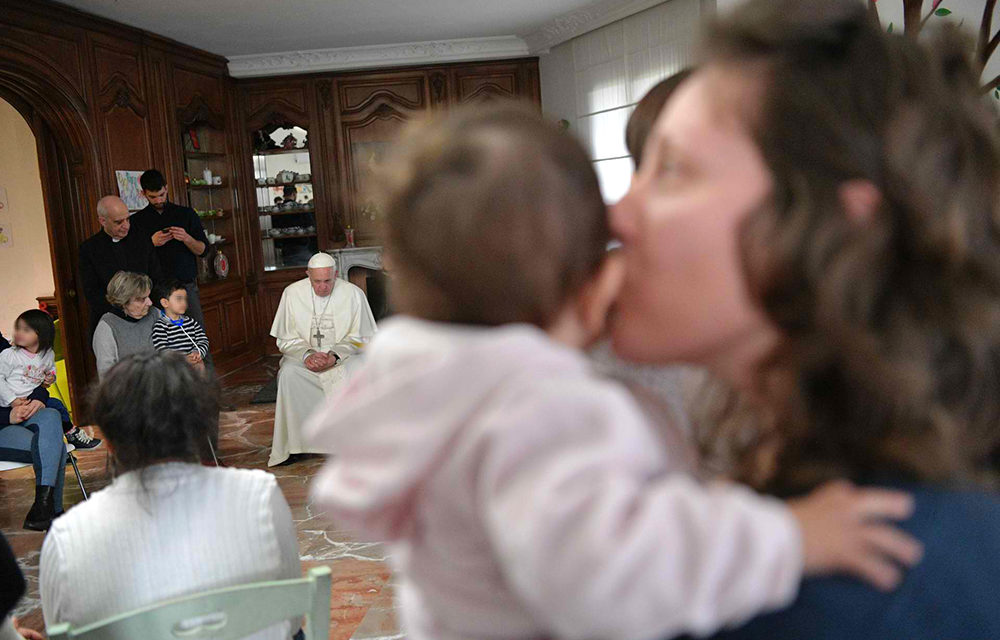 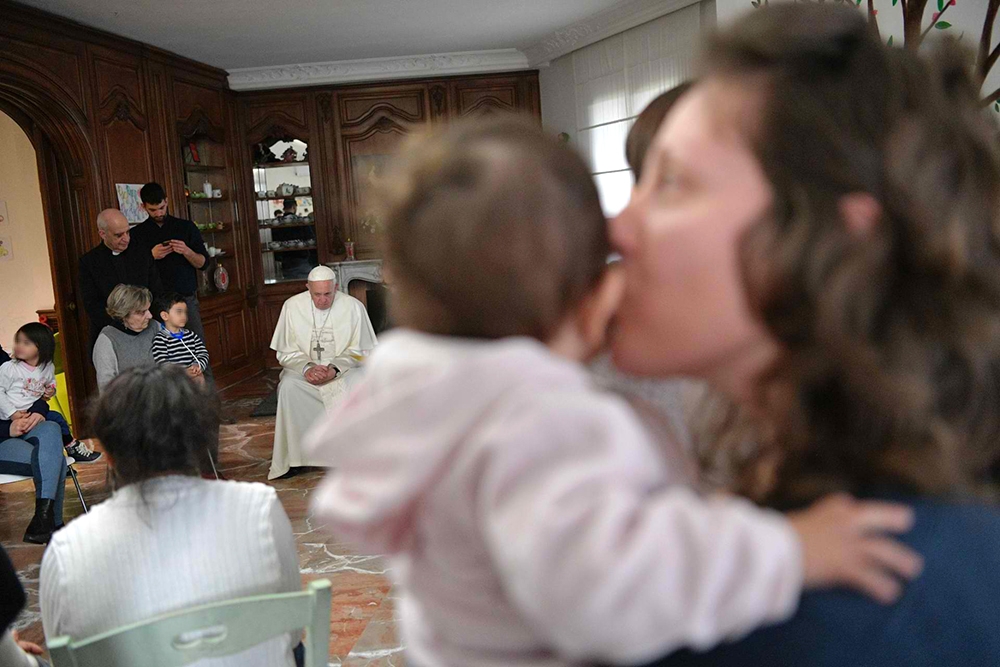 Pope Francis visits the “Casa di Leda,” a group home for women prisoners and their young children, in Rome March 2. The visit was one of the pope’s Friday works of mercy. CNS/VATICAN MEDIA

Listening, playing and having an afternoon snack, Pope Francis spent time March 2 at a group home for women prisoners with small children.

He also left as a gift for the kids large, hollow chocolate eggs, each with a surprise inside. They are a standard part of Italian Easter celebrations.

The pope left the Vatican about 4 p.m. and “without any advance notice” arrived at the Casa di Leda in Rome’s EUR neighborhood, the Vatican press office said. The group home is located in a building confiscated from the mafia under an Italian program to turn former mafia properties into socially beneficial enterprises.

Casa di Leda is the first group home in Italy for incarcerated women with small children. The Vatican press office said some 4,500 Italian children have a mother in prison; some 90,000 have a father incarcerated. Italian law allows children to live in prison with their mothers until the age of 6, although the law allows the use of house arrest or group homes for mothers of small children.

Pope Francis’ visit was part of an ongoing “Mercy Friday” initiative he began in the 2015-16 Year of Mercy.

Casa di Leda currently is home to five mothers and their children. Volunteers help staff the home, and other prisoners sentenced to community service work there as well.

After playing with the pope, the Vatican said, the children invited him to have a snack with them.

The mothers talked to him about the opportunities that come with being able to raise their children in the home, the Vatican said. Even though there are limits on what they can do, they are allowed to accompany their children to school in the morning and pick them up in the afternoon, and they have opportunities to learn skills that will allow them to get jobs once their sentences are completed.

Lillo Di Mauro, a Rome city official, read Pope Francis a letter describing the horrors to which children of detainees, whether in jail with their mothers or just visiting, are subjected: pat-downs, searches of their undergarments, their stuffed animals and toys for contraband.

“We are fragile flowers in the desert of bureaucracy and security measures,” the letter said. 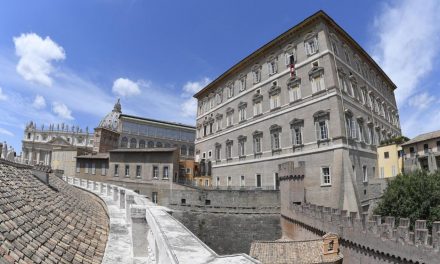 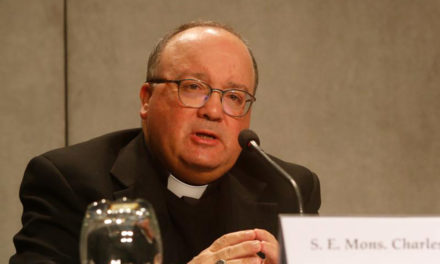 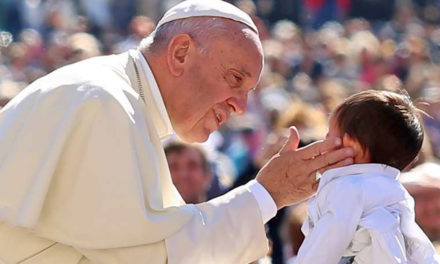 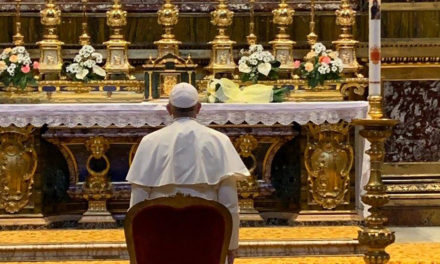