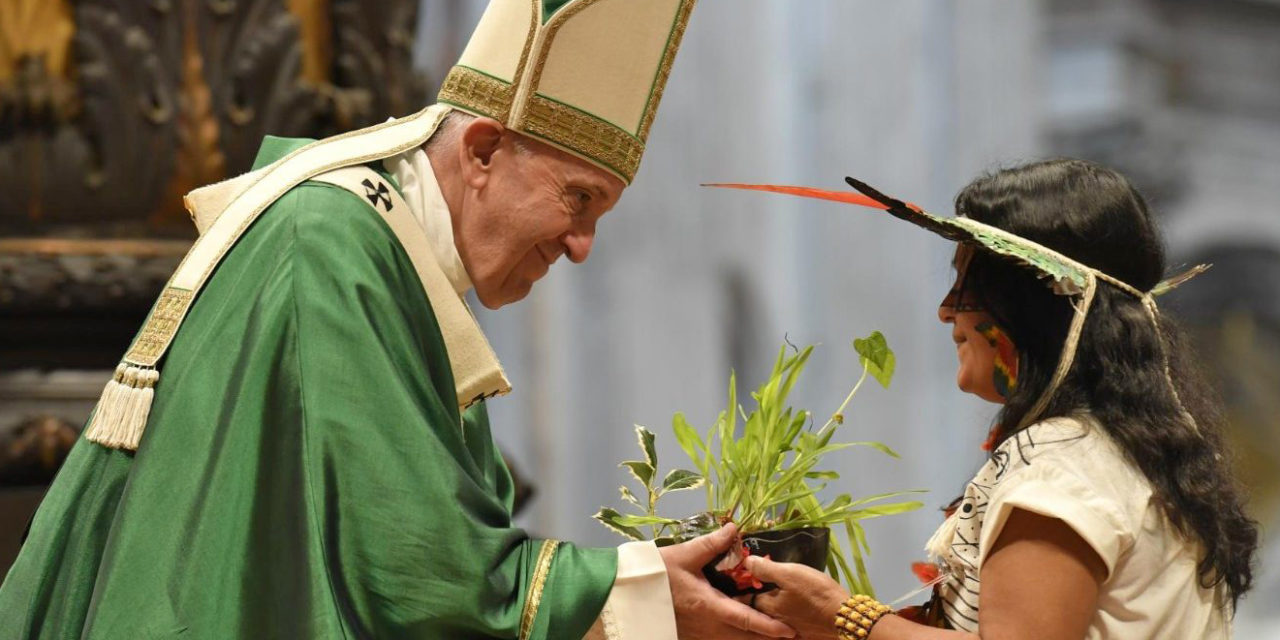 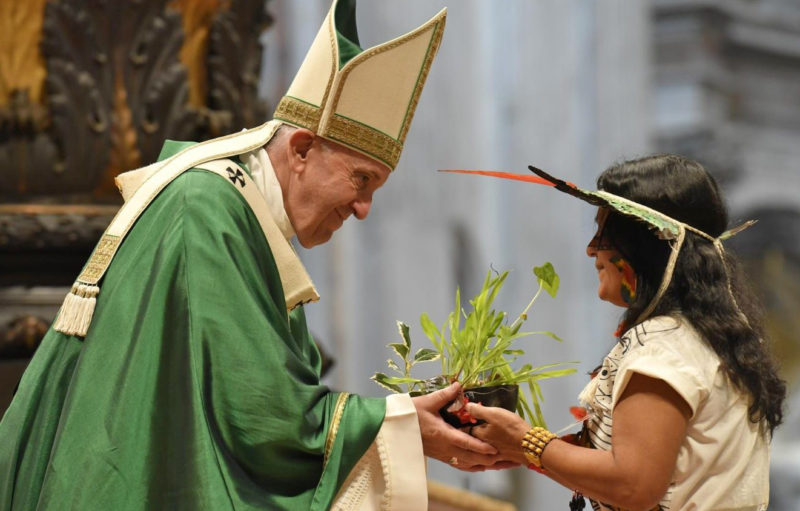 An indigenous woman hands Pope Francis a plant during the closing Mass of the Synod on Oct. 27, 2019. VATICAN MEDIA

The document, which follows October’s Synod of Bishops on the Amazon, is highly anticipated for how the pope will respond to the recommendation to allow the ordination of married men to the priesthood for ministry in the region.

The synod’s final document had also called for women to be considered for diaconal ordination and contained strong appeals on environmental issues and the rights of indigenous peoples, which Francis’ letter is also expected to address.

Cardinal Lorenzo Baldisseri, secretary general of the Synod of Bishops, and Cardinal Michael Czerny, special secretary of the Amazon synod, will hold a press conference in the afternoon Feb. 12 to present the document.

Several others will also speak, including Fr. Adelson Araújo dos Santos, a theologian and professor at the Pontifical Gregorian University and participant in the Amazon synod.

The Synod of Bishops on the Amazon was a meeting of bishops and advisors, convened at the Vatican Oct. 6-27, 2019, to discuss ecological, political, and pastoral issues for the Church in the Amazon region, which spans across nine countries in South America.

Pope Francis announced he would write a follow-up document on the Amazon region in his closing remarks to the synod Oct. 26.

A draft version of the papal exhortation has been circulated inside Vatican departments to receive feedback.

In this draft, which was leaked last week, a section on viri probati said “the competent authority should establish criteria and provisions to ordain” married men to the priesthood.

The leaked text is substantially identical to article 111 of the final document of the Amazon synod, which calls for the ordination of married men as priests.

Sources familiar with the feedback being offered on the draft text told CNA that something similar to the process for ordaining married Anglican clergy coming into communion with Rome is being suggested in the case of the Amazon.

In the case of married Anglican clergy coming into communion with Rome, the Congregation for the Doctrine of the Faith was given the job of vetting candidates, and approving them for ordination, on a one-by-one, case-by-case, basis. 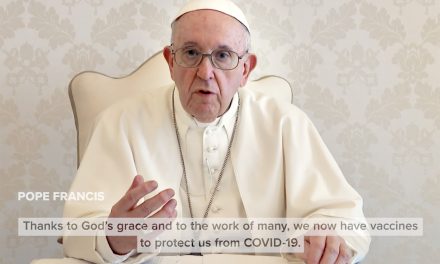 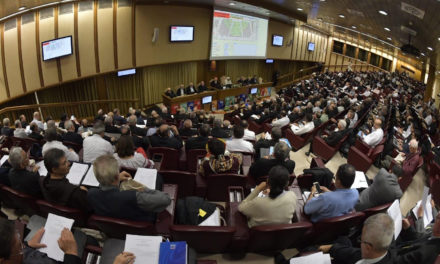 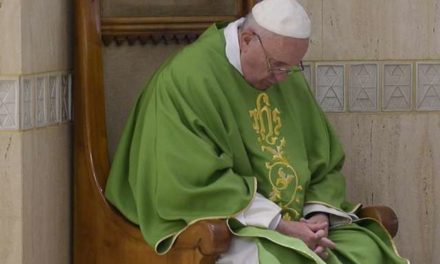 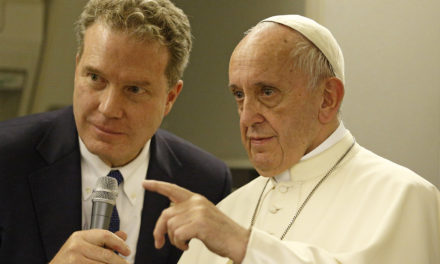