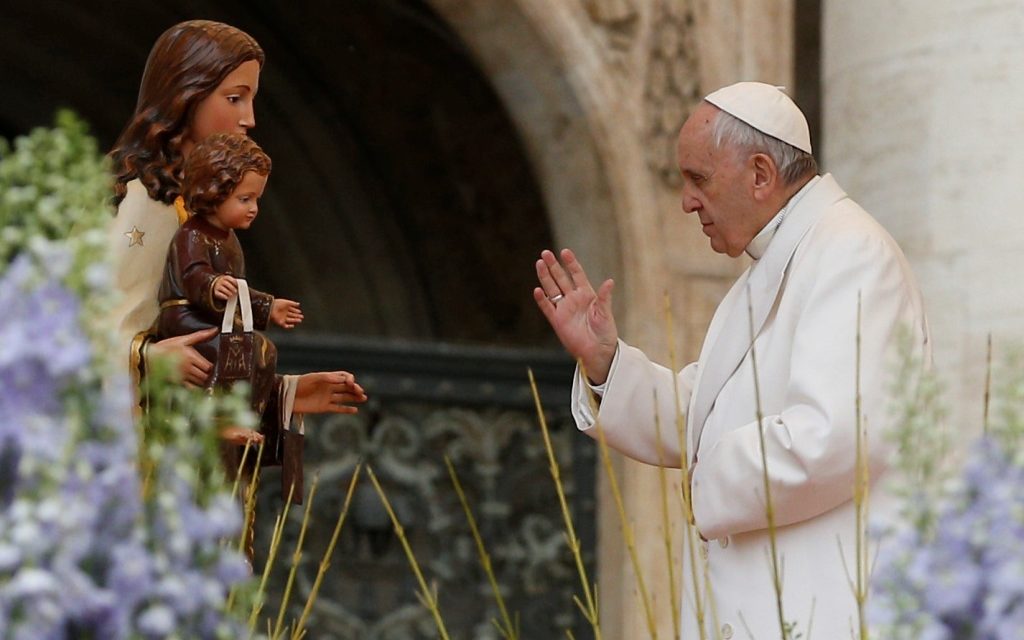 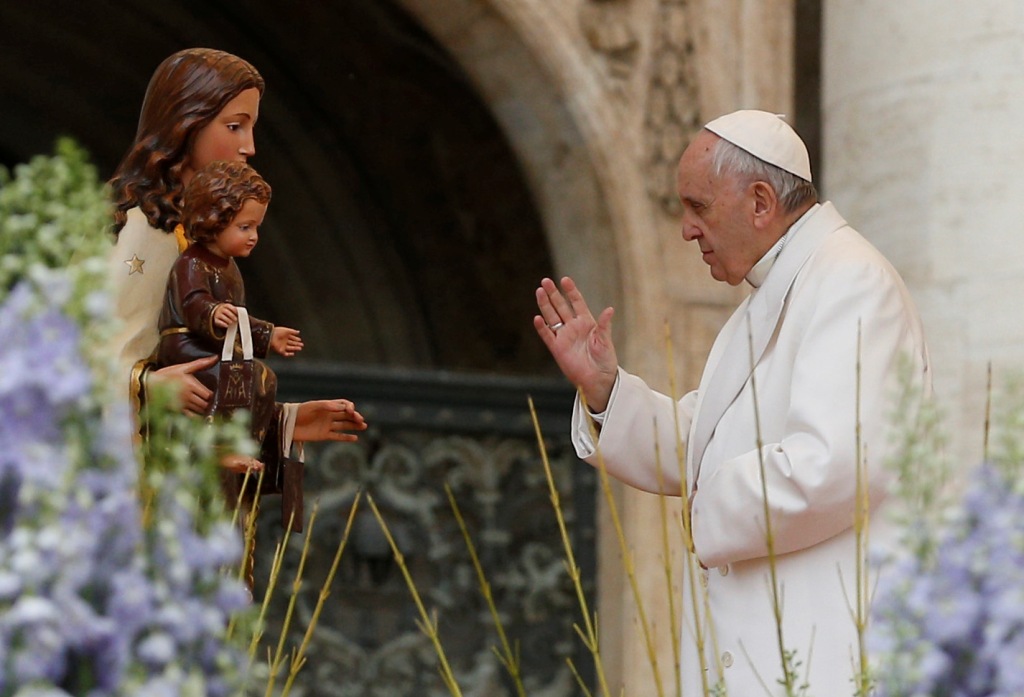 Pope Francis blesses a statue of Mary and the child Jesus during his general audience in St. Peter’s Square at the Vatican April 4. PAUL HARING/CNS

“Rejoice and Be Glad,” Pope Francis’ new apostolic exhortation on “the call to holiness in the modern world,” will be released April 9, the Vatican announced.

The document, called “Gaudete et Exsultate” in Latin, will be presented at a Vatican news conference by Archbishop Angelo De Donatis, the papal vicar for the Diocese of Rome.

Joining the archbishop will be Gianni Valente, an Italian journalist working for Fides, the news agency of the Congregation for the Evangelization of Peoples, and Paola Bignardi, an educator and past president of Italian Catholic Action.

The title of the apostolic exhortation is the phrase used in Matthew 5:12, the end of the Beatitudes, which reads: “Rejoice and be glad for your reward will be great in heaven.”

Pope Francis, 81, has published two previous apostolic exhortations, both of which offered reflections on meetings of the Synod of Bishops. “Evangelii Gaudium” (“The Joy of the Gospel”), published in 2013, focused on proclaiming the Gospel in the modern world and included proposals from the 2012 synod on new evangelization. “Amoris Laetitia,” (“The Joy of Love”), was released in 2016 and focused on ministry to and with families. It included proposals discussed during sessions of the Synod of Bishops in 2014 and 2015. 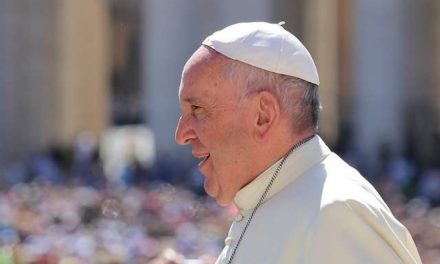 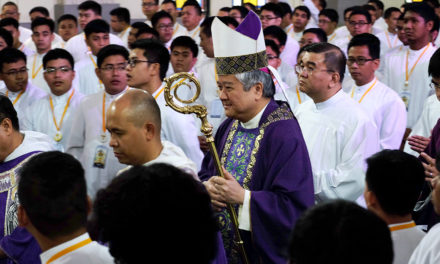 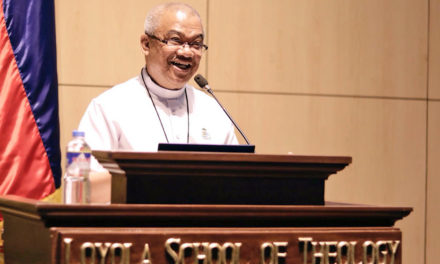 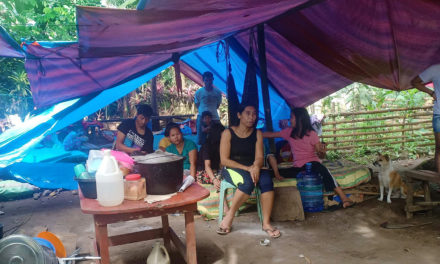