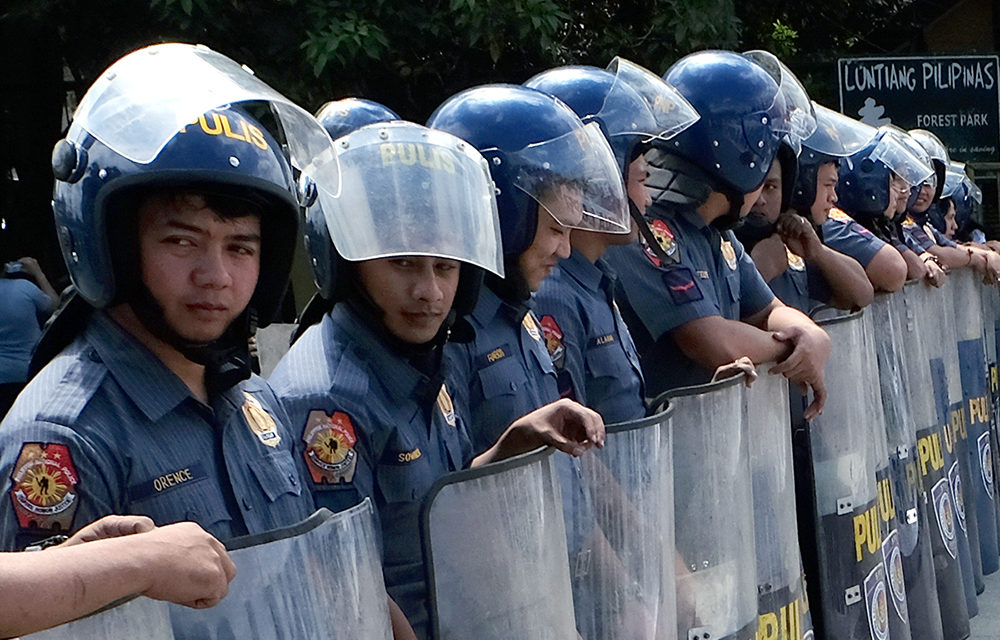 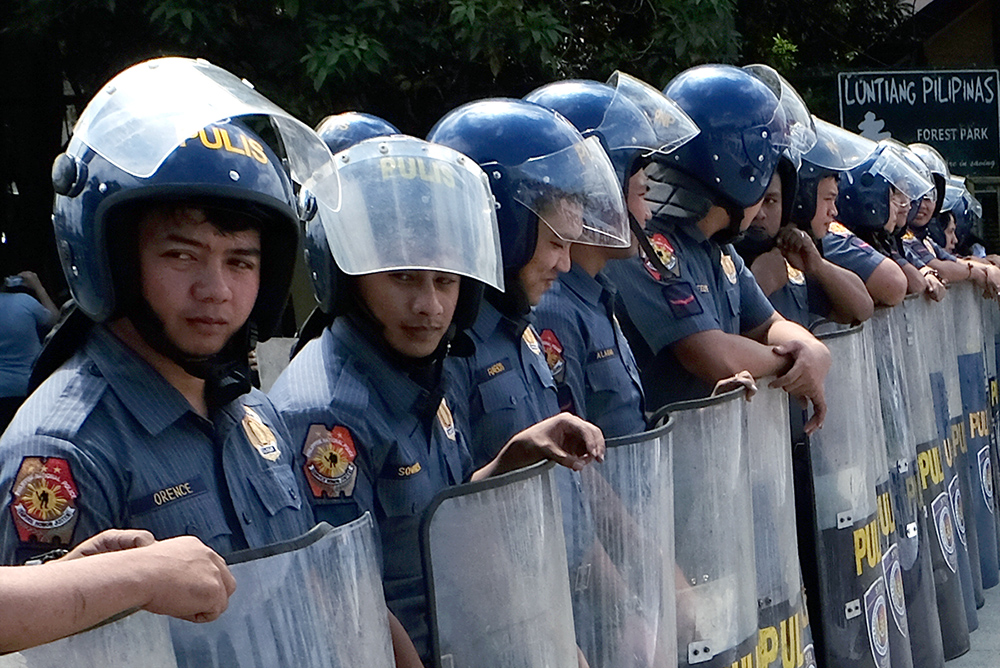 Police stand guard during a rally in Manila. CBCPNews

MANILA— A former military bishop has raised the importance of intense spiritual formation for cops amid controversies hounding the police force.

“I am in favor of giving the police intense spiritual formation on the divine commandments and respect for human right to life,” said Arguelles, who is a former bishop of the Military Ordinariate of the Philippines.

The prelate was reacting to proposals requiring police operatives to wear body cameras during operations amid growing public outrage against the drug-related killings under the government’s war on drugs.

Arguelles pointed out that a body camera is not enough to deter a person with bad intentions.

“If they have an evil heart they will do evil no matter what you place in their body,” he said.

The archbishop also urged those who are in power “to work for the good of all even the misguided” amid the increasing cases of extrajudicial killings in the country. 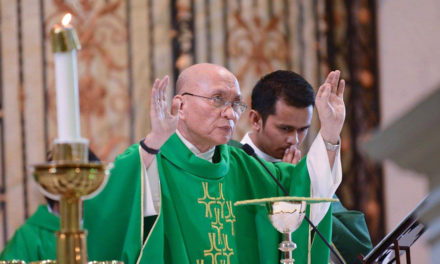 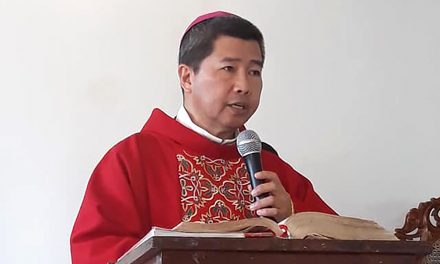 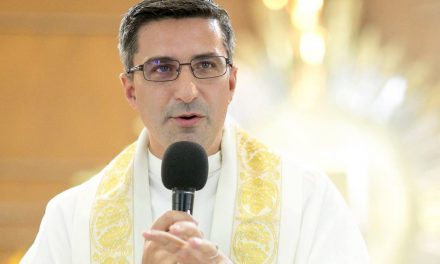