A more balanced and humane approach to the drug problem will certainly have the church’s support, a Catholic priest said.

The church recognizes the difficulty to solve the drug trade but one thing is certain: “We cannot respond by killings,” said Fr. Edwin Gariguez of Caritas Philippines.

That’s why the priest welcomed the decision of Vice President Leni Robredo to accept the drug czar post offered to her by President Rodrigo Duterte.

“She has the same approach with the church because we are against killings,” Fr. Gariguez said.

“Instead, we should have programs geared towards the rehabilitation of those using illegal drugs. On this aspect, we have a common approach,” he said.

Robredo on Wednesday formally accepted Duterte’s designation for her to be co-chairperson of the Inter-Agency Committee on Anti-Illegal Drugs (ICAD).

Duterte earlier offered Robredo a lead role in his brutal war on drugs after she was quoted criticizing his administration’s anti-narcotics campaign.

Fr. Gariguez said Robredo’s decision is “something positive” because the drug war “needs a new orientation”.

“But is the administration ready for the Vice President who has a more proper and humane approach compared to the current strategy of killings?” he said.

The priest also cautioned Robredo against falling into a “trap” of the Duterte administration’s own making.

“The downside is because this is only a strategy of the administration to embarrass her so she should be more prudent,” Fr. Gariguez added.

“But I think the Vice President accepted the post because she has good intention… so let’s give it a try,” he said. 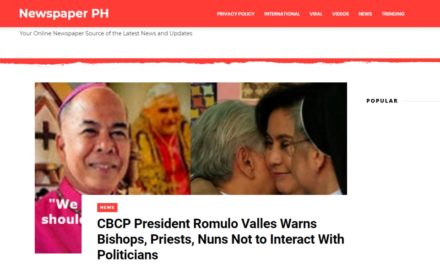 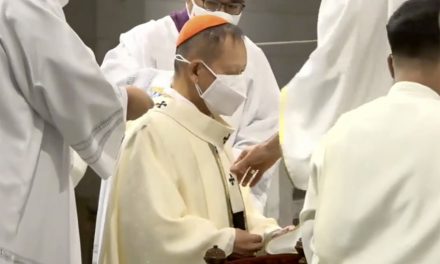