MANILA, Jan. 27, 2017–The Philippines’ escalating dependence on coal as a cheap power source is becoming alarming, an environmentalist priest said.

Coal continues to supply almost half of the country’s electricity generation despite an increase in renewable energy projects.

Non-renewable sources, largely coal, accounted for 44.5 percent in 2015 and is expected to supply around two-thirds of the country’s power generation in the next two years.

Speaking at a forum in Chicago, Illinois last night (Friday in Manila), Fr. Edwin Gariguez of Caritas Philippines said this increased reliance on coal is a serious cause for concern because of its harmful impacts.

“At present, extraction and utilization of fossil-fueled energy sources have caused much damage to the environment, health and livelihood of communities,” Gariguez told the audience.

The Philippines hosts at least 19 coal-fired power plants operating across the country but 39 more will be operational by year 2020.

Only yesterday, President Rodrigo Duterte led the inauguration of a new coal-power plant in Maasin, Sarangani.

To support and sustain these power plants, Gariguez said the country has allowed the increase of coal mining projects to 118 in 2012 alone “and most likely even more by this date.”

“Worse is, these coal projects are located within the peripheries of communities that are traditionally home to millions of Filipinos and are supported by rich ecosystems and bio-diversities,” he said.

Organized by the Center for World Catholicism and Intercultural Theology (CWCIT) at DePaul University, the forum was aimed to connect the US Church’s experience on the issue with other countries like the Philippines.

Aside from Gariguez, the other speaker was Mr. Michael Iafrate of the Catholic Committee of Appalachia, a grassroots group calling for a moratorium on mountaintop removal mining and a concrete move away from fossil fuels.

As coal-fired plants continue to boost the country’s power supply, the recipient of the 2012 Goldman Environmental Prize warned that the government risks of not complying with the global climate agenda.

“This is in total contradiction of the global consensus in Paris climate conference, and an outright inconsistency with the commitment of the Philippines to cut 70 percent of its carbon emission by 2030,” he added.

In his speech in Maasin, Duterte hinted the country is likely to depend on coal power for more years as growing business seek cheap electricity.

Gariguez, however, said most countries, including the US, those in Europe and even China and India, have started shifting away from coal and started investing on renewable energy.

“Coal is not just a dirty energy but also an energy source that is slowly becoming unattractive and costly,” said Gariguez.

“Coal is not just a burden to the climate, health and environment, but it is no longer economically sound as an energy source for the future,” he added.

Gariguez also reiterated the Church’s call on the government to cut down reliance on coal and move to a low-carbon future.

The priest said that even without new dirty and harmful energy projects, the country can still fulfill its energy demands by building alternatives.

In 2015, a total of 682 renewable energy projects have been approved with a potential generating capacity of 13,574.68 MW while 242 more contracts are still pending for approval.

“Encouraging more public investments on renewable energy will allow us to pursue sustainable development that is for all, with less emissions and less harmful impacts to the health and livelihood of our communities,” he said. (Roy Lagarde/CBCPNews) 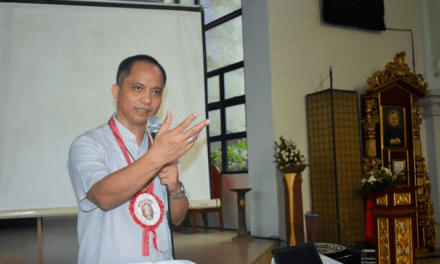 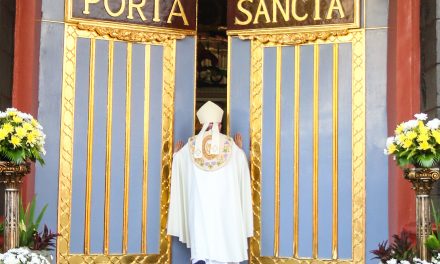 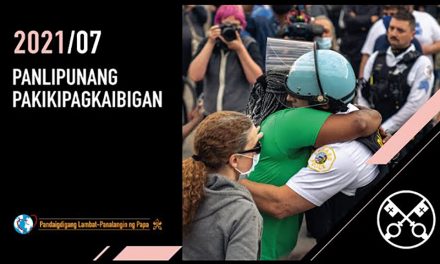