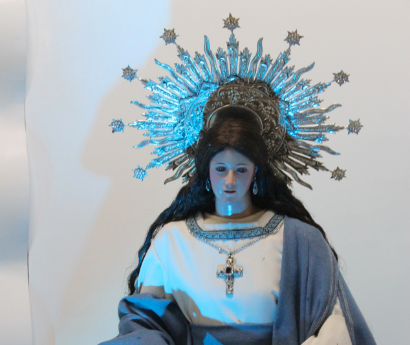 The Diocese of Novaliches has been promoting devotion to the Mary Untier of Knots since Dec. 8, 2015. PHOTO BY MINNIE AGDEPPA

With the country beset by seemingly unending cases of unexplained deaths, a priest provides a solution to end “evil” through the devotion to Mary, Untier of Knots.

“With Mary’s intercessions, our Lord Jesus frees us from all that separate us from God’s love,” said Kristong Hari Parish Priest Fr. Roland Jaluag during an interview.

The priest also noted how “Pope Francis, the number one devotee to Mary, Untier of Knots” has encouraged the faithful to surrender their “knots” to Mary.

Deemed the “Future Shrine of the Youth” in the Diocese of Novaliches, Kristong Hari Parish has been actively promoting devotion to Mary, Untier of Knots for two years now since Novaliches Bishop Antonio R. Tobias, DD, declared it a diocesan devotion on Dec. 8, 2015.

“What are these knots? These could be our sins, our evil desires, and deeds,” explained Jaluag.

To Jesus through Mary

The parish also invites the youth to come every Thursday for the novena Masses and to write on a piece of paper what they consider “knots” in their life, tying it into the string of knots the image of Mary Untier of Knots holds. The image also goes on pilgrimage every 8th of the month to various parishes in the diocese to promote the said devotion.

“It is the mission of Mary to bring her children closer to Jesus. By Mary’s example, motherly care and prayers, the youth deepen their love and knowledge of Jesus. The very act of tying one’s knots on Mary’s rope of life attracts the youth to seek for Mary’s inspiration as they journey with and to Jesus,” he said.

Answered prayers printed in the parish leaflet include passing the board examination, job promotion, salary increase, approval of U.S. visa, healing of various illnesses, and even the reconciliation of married couples. 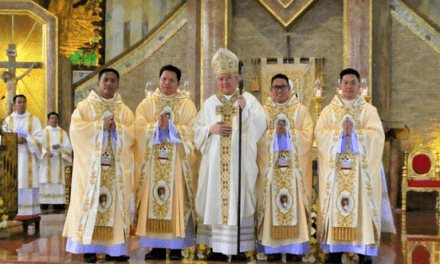 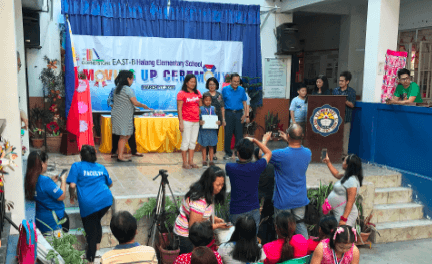