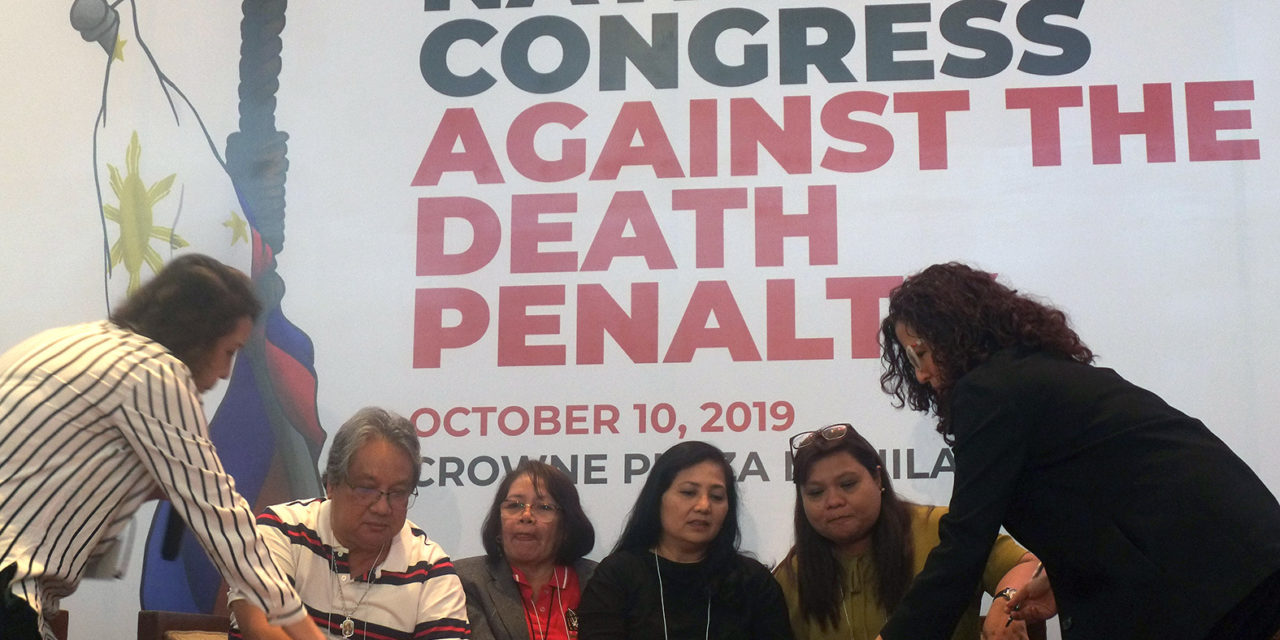 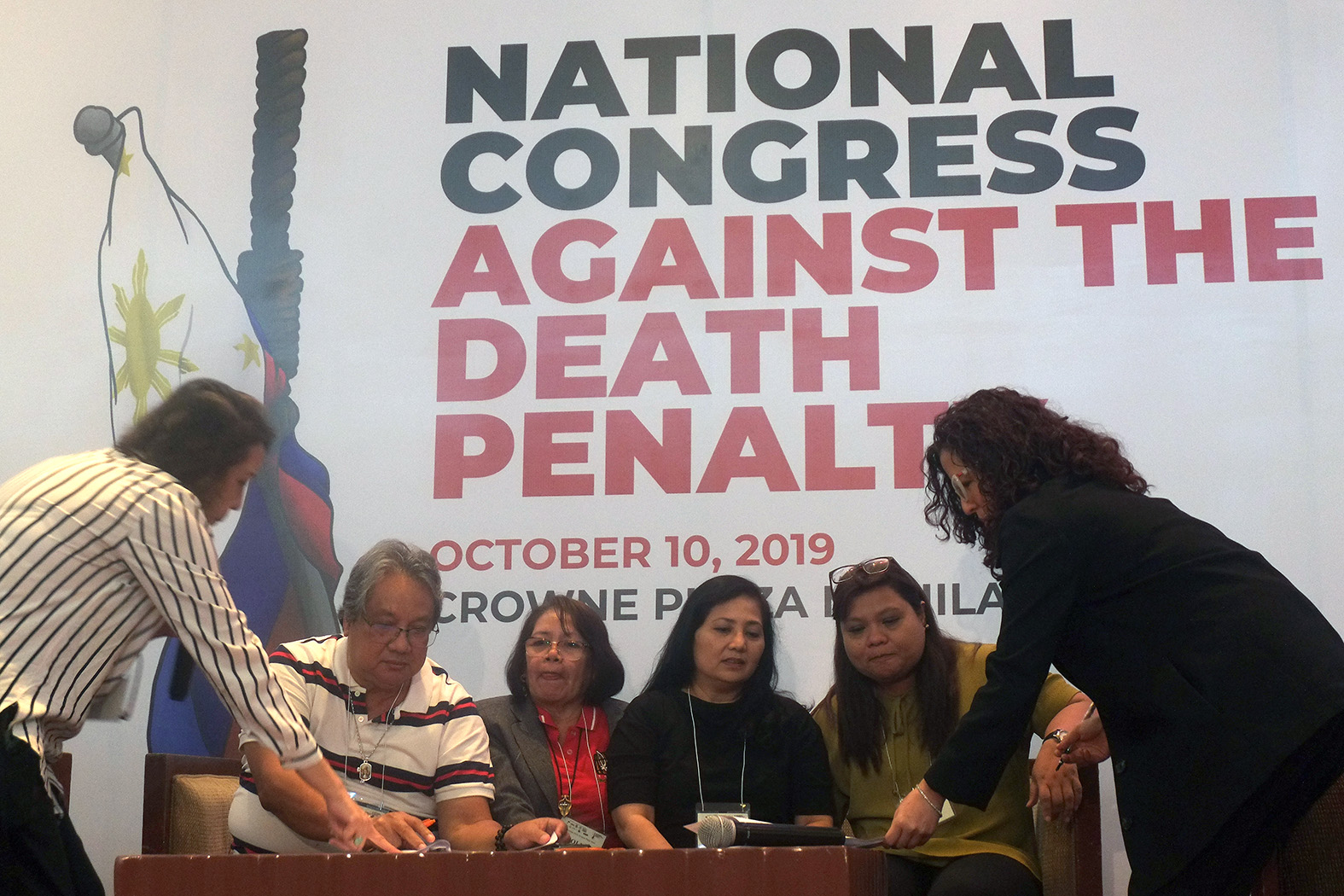 Anti-death penalty advocates sign a position paper that they will submit to Congress against the reimposition of capital punishment during the National Conference Against Death Penalty in Pasig City on Oct. 10. CBCPNEWS

A prison ministry official has called for a renewed commitment “to uphold the sanctity and dignity of life”, as he warned against a ‘very high’ chance that the death penalty would be resurrected.

Jesuit Fr. Silvino Borres, president of the Coalition Against Death Penalty, stressed the need of working together to fight the “culture of death that has gripped us all”.

“With the extrajudicial killings that have accompanied the current bloody war on drugs, the likelihood that the death penalty will be reinstated is very high,” he said.

Speaking at the National Congress Against the Death Penalty in Pasig City on Thursday, he admitted that it will not be an easy battle against “darkness”.

“It will be a long night for all of us. We live in dark times when life has become cheap and devalued that it can be disregarded as trash,” he said.

“I think it is important, even in the midst of darkness and even if this task becomes daunting at times dangerous, to reaffirm our commitment to life,” said Borres.

There are at least 19 pending bills seeking to revive the capital punishment— seven of which were filed before the Senate and 12 at the House of Representatives.

The priest said that most of the proposed measures cover offenses related to illegal drugs.

For his part, United Nations Special Rapporteur on extreme poverty and human rights Philip Alston said that death row is punishment for the poor.

While it is easy for the rich to receive quality legal representation, the same cannot be said of the poor, according to him.

In a video message, he stressed that there is big link between poverty and all forms of human rights violations.

“Death penalty, even in the form in which it is officially applied, is a punishment that affects much more severely those who not well off financially,” Alston said.

To prove his point, he cited that even the number of people killed as a result of the Duterte administration’s bloody war on drugs are from poor communities.

He went on to claim that the government’s anti-illegal drugs campaign has failed to address the root problems.

“It does nothing in terms of eliminating long term drug problems,” Alston said.

He also warned that these killings could leave the rule of law in “extremely bad shape”, especially when the power to take lives is vested upon “unrestricted hands of few people”.

“So the death penalty, whether enforced through official means or these less official means, is in so many ways effectively war against the poor,” he said. 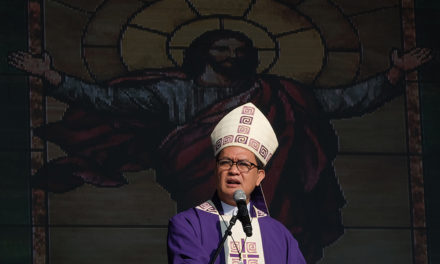 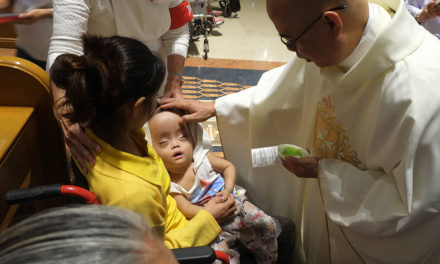 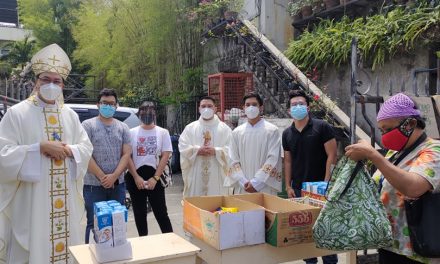