“Whoever humbles himself like this little child is the greatest in the kingdom of heaven.” (Mt18:4)

Our group was somber, still sleepy from waking up early for the Misas de Aguinaldo. It was Christmas Day. A joyful day, we thought it was. Or wished it were. But with the skies overcast and threatening rain, we were under a cloud of gloom. Then in came this child who started singing “Ang Pasko ay Sumapit (Christmas Is Here) and dancing along with it. Everybody’s faces lit up and, in a wink of an eye, we were clapping like the people described by the prophet Isaiah “who walked in the darkness” and now “have seen a great light” (Is 9:2).

What is it in a child that does this magic to us? Well, I have a theory, which I think is rock solid.  It is the fact that a little child points to us the Child of Destiny, “the child…born for us, a son…given us” on whose “shoulder dominion rests” (Is 9:6). And this Child is no ordinary one. He is the “Wonder-Counselor, God-Hero, Father-Forever, Prince of Peace” (same verse).

Despite his humanity, this Child is the One through whom our God and Father “has bestowed on us…every spiritual blessing in the heavens”, in whom “God chose us…to be holy and blameless in his sight, to be full of love,..to be adopted sons” (Eph 1:3-5). In this Child we are to become our highest selves—God’s children and therefore with a calling to be God’s Family.

But, inevitably, this Child became an adult and, as such, teaches us in Matthew’s Gospel that real (Christian) maturity is equal to blossoming into spiritual childhood. “Mark this: Unless you change and become like little children you will not enter the kingdom of heaven. The greatest in the kingdom of heaven is the one who humbles himself and becomes like this little child” (Mt 18: 3-4). For all intents and purposes Jesus is uncovering the most revolutionary, the most radical way of living. To be truly an adult and qualify for heaven one has to be a child. The way to greatness is not to be great. To rumble in heaven is to be humble on earth.

Yet it is striking how Jewish society was so much like ours today. Their little children also had no voice, no vote. And that speaks volumes. In becoming the Child Santo Nino, Jesus tells us how for our sake he became a nobody so we could be somebody. The flip message of that is just as staggering to our self-affirming, if not self-worshipping, world. Jesus teaches us how we must first realize we came out of nothing and, therefore, were “nobodies”, until  God himself called and loved us into being. As I once insisted to a linguist who wanted us to renounce the monicker “Waray” (nothing) to call our cultural ethnicity by, it being supremely embarrasing, Waray” or “nothing” is the most Scriptural—and realistic—name that can be given to anyone who was created out of “nothing” and who returns to “nothing” at death. “For you are dust and to dust you shall return” (Gen 3:19). Of course, dust is not, strictly, nothing. But it is mostly ignored because, for all practical purposes, it signifies nothing and is treated as nothing. It therefore best expresses the point that, from the point of view of the Scriptures, we are Waray or nothing before God and without God.

Paul the Apostle brings this point a little further by affirming that “we brought nothing into this world and there is no doubt that we can take nothing away” (1 Tim 6:7). Naturally this does not deny our existence or achievements and whatever wealth we gain because or inspite of them. This simply puts everything in the right perspective. We often think our wealth and achievements give us enough reason to make gods of ourselves. Seeing ourselves against the backdrop of the Santo Nino brings us back to the ground.

The Santo Nino teaches us that before God our only proper attire is humility. Nothing like humility and utter simplicity opens us to God and to other persons. And it is humility that introduces us to the queen virtue which is love. I once watched amazed at all the children who came to church. None of them came alone. All came with one or both parents, siblings, aunts, uncles or fellow children. This is what Jesus the Santo Nino wants us to re-acquire: a child’s instinctive sense that he/she needs OTHERS: the Great Other (God) and the small others (other persons). There’s wisdom in the old song that says: “People who need people are the luckiest people in the world” except that the “more blessed people” acknowledge that they need God first before they need other people. In a word, Jesus became a little child to teach us to become, like him, childlike both in our dependence on and obedience to the Father, and in our active love for others. St. Therese of the Child Jesus says something in point: “How easy it is to please Jesus. to ravish his heart. We have merely to love him, while at the same time forgetting ourselves.”

Likewise, in being a little child like the Santo Nino, Jesus is telling us another one oft-ignored mark of a more human, more civilized world—the defense of and care for the weak, the sickly, the marginalized, the down-trodden, those on the downside—that is to say,  the “little ones”. That is where the love of the Santo Nino should take us. In the words of St. Augustine: “What does love look like? It has the hands to help others. It has the feet to hasten to the poor and needy. It has the eyes to see their misery and want. It has the ears to hear the sighs and sorrows of men. That is what love looks like.”

I once watched in awe a tiny Filipino child belt a Whitney Houston’s song. Her voice sounded so beautiful and huge that it seemed to have filled the hall, sending the audience to their feet. That,  despite her size. Another viewer, like a true Pinoy, blurted out, “She is SMALL BUT TERRIBLE!”

On the other hand, in the Santo Nino Scriptures say: “SMALL STANDS TALL”.

In being little we more easily rise up to heaven. 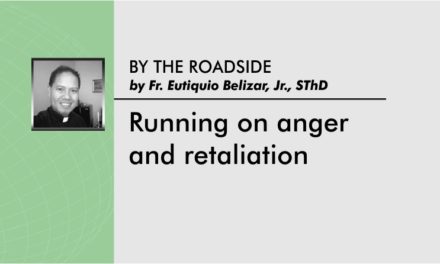 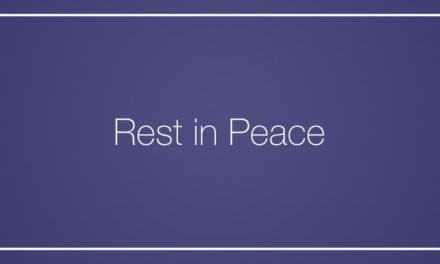 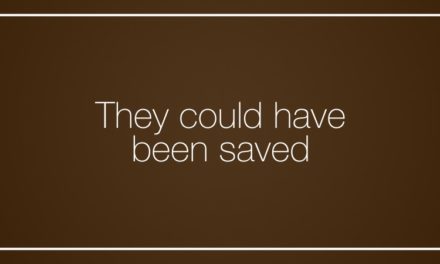 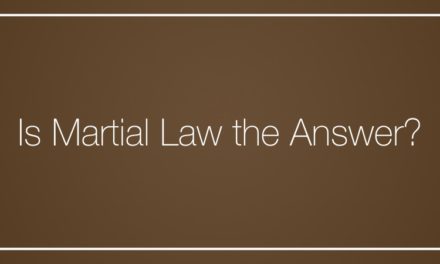 Is Martial Law the Answer?