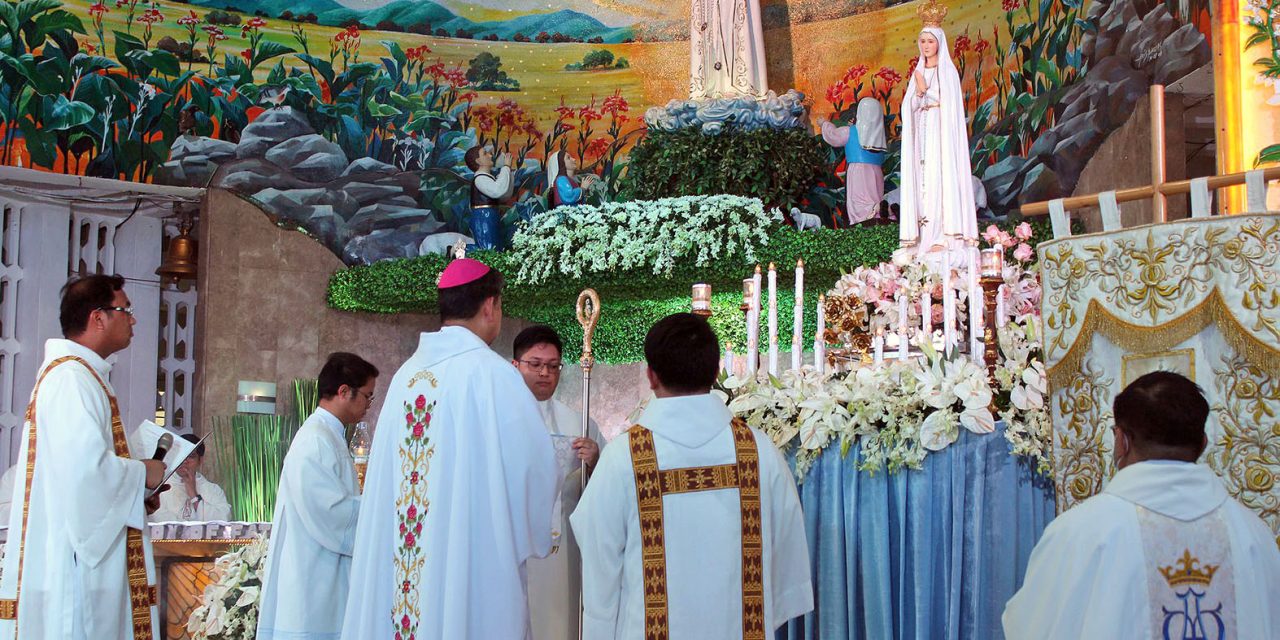 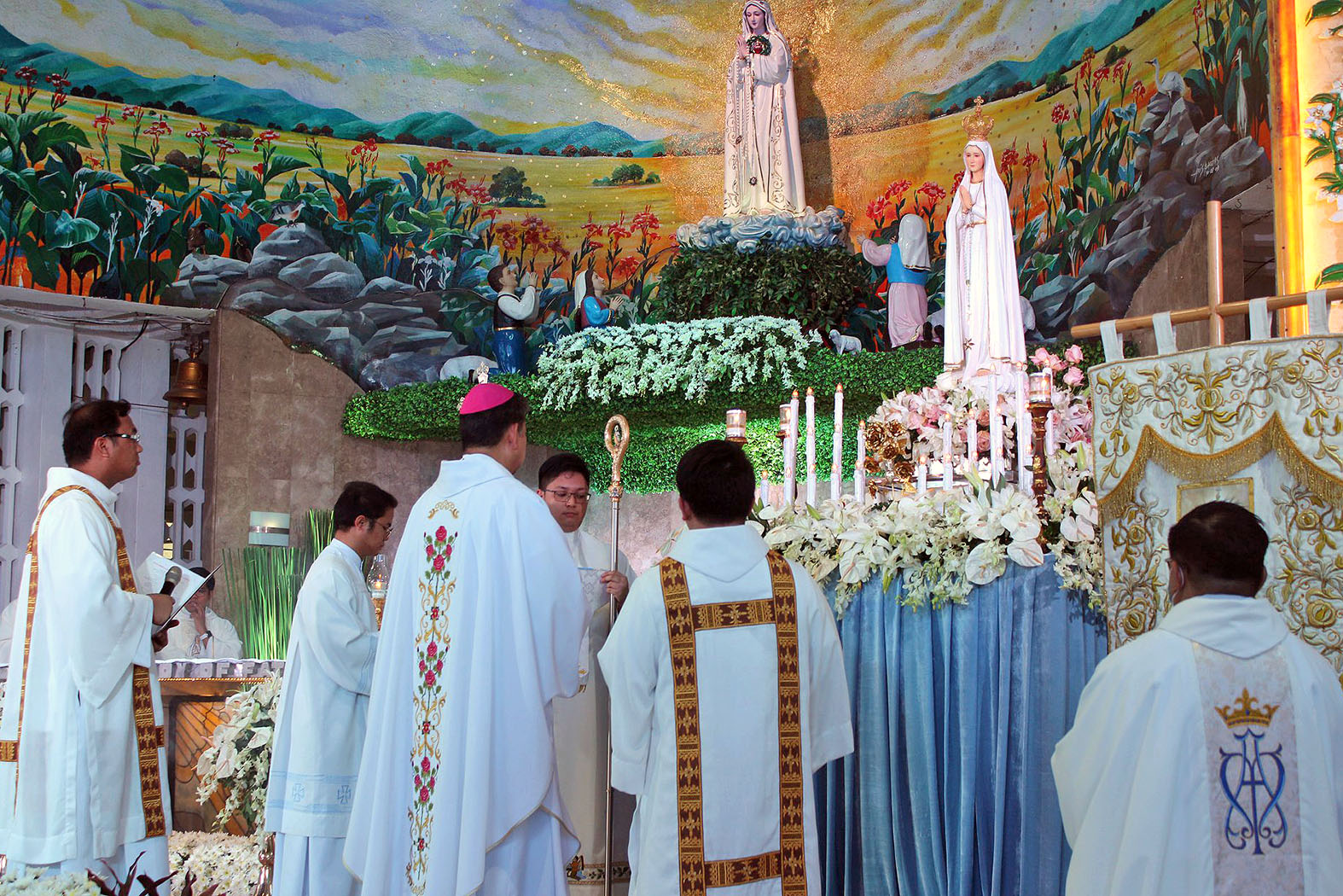 Bishop Dennis Villarojo of Malolos leads the national consecration of the country to the Immaculate Heart of Mary at the National Shrine of Our Lady of Fatima in Valenzuela City on May 13, 2020. SANDIGAN – DIOCESE OF MALOLOS

On May 13, 2020, on the occasion of the Memorial of Our Lady of Fatima and the 103rd anniversary of the apparition of Mary to the three shepherds of Fatima (Portugal), the Philippine Church consecrated the country to the Immaculate Heart of our Mother.

The word ‘consecration’ comes from the Latin ‘consecratur‘ or ‘consecrantur‘ in the plural. The verb can either be reflexive or passive. When used as a reflexive verb, it would mean that the subject consecrates himself/herself or themselves to God. When used as passive, then it is the person or persons who are consecrated by God.

Strictly speaking, ‘consecration’, insofar as it refers to communion with God, can only be made by and to God Himself. A better word maybe ‘dedication’ if we want to express the offering of ourselves to Mary, but let me continue to adopt, from time to time, the term used by the CBCP in a wider sense.

In the context of consecrating a nation to the Immaculate Heart of Mary (IHM), the second sense is more theologically appropriate at the first instance. It is God who calls and consecrates us. He makes the first step, “You did not choose Me, but I chose you and appointed you” (Jn. 15:16).

The reflexive meaning can only happen as a fitting response to the gratuitous call and consecration made by God. Thus, it is more meaningful to understand the consecration of our country to the IHM from the perspective of God consecrating us first as a people nearly 500 years ago. As our response, we dedicate ourselves to the IHM.

The word ‘immaculate’ has a very profound meaning. In the past, in our congregation, we used to utter ‘sweet’, instead of immaculate. The latter represents Mary of the Magnificat: vibrant, humble and on the side of the weak and vulnerable “whose heart proclaims the greatness of the Lord who has cast down the mighty from their thrones and has lifted up the lowly; has filled the hungry with good things and has sent the rich away empty” (Lk. 1:44-55).

Mary’s physical heart was venerated because it was thought to be the seat of love and the source of blood and life. By now, we understand that more than a physical reality, the heart is a spiritual realm, a symbol of interiority, love, total self-giving, depth, cordiality and tenderness. The heart is the setting in which God the Father, through the Holy Spirit, conforms us to Christ.

Every call and consecration end with a mission. Thus, the dedication of our country to the IHM calls us to collaborate in Mary’s motherly mission. Our vocation is Marian, not because it is centered on devotion to Mary, but because it carries on in the Church her mission of giving birth to the Word.

Therefore, in dedicating our people and nation to the IHM, we are called to engender Jesus Christ in our words and actions. And in moments of perplexities, “to treasure and ponder everything in our hearts” (Lk. 2:19). 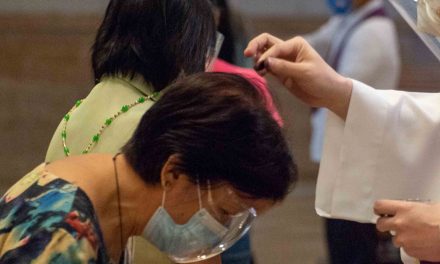 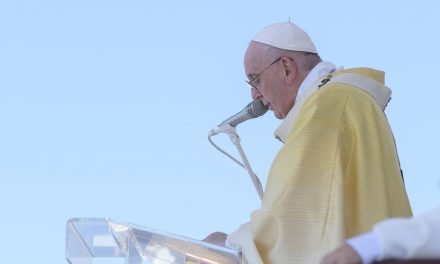 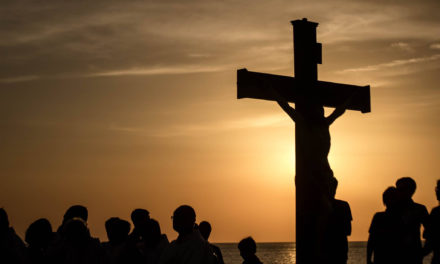 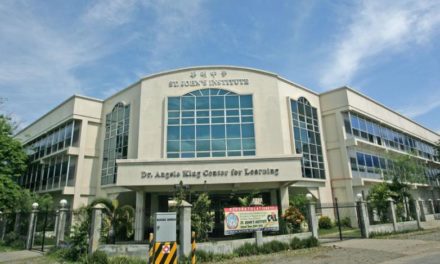